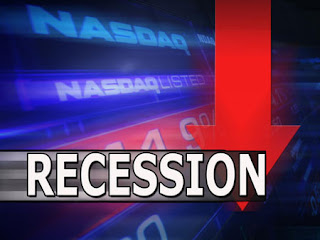 With doom and gloom everywhere, the media and the BBC in particular are able to get their reporters to stand in front of empty buidlings and declare the World Is Ending.

Labour Ministers will be dragged out this morning to spout their tautological 'too far, too fast' claims (this line would work better on Mr Huhne, but they have not realised that yet).

However, let's think back a whole year, I know, its forever ago, but the last quarter of 2010 saw the economy contract 0.5% not 0.2% and yet, amazingly that did not lead to a deep, dark recession. Yet Europe was still a mess and the Arab Spring was to come with its oil price shock.

This time, its no different, a small drop in final quarter has been expected, but month on month, October was the worst time, not December. Growth in services at 70% of the economy does not point to an imminent deep contraction This suggests a potential for an upturn in this current quarter. Certainly the stock markets have been perking up from their October lows and these are normally a leading indicator of what is to come.

So, my bet is in a minor return to growth in 2012, at least for Q1 and so the technical recession of two quarters of negative growth will be missed. Everything caveated by the non-implosion of the eurozone, if that goes then all bets are off.

Just don't expect to read that anywhere else today that the UK is Not in Recession....
Posted by CityUnslicker

Funnily enough our business was up in Q4 after a so-so Q3. January (thus far - there's still the rest of this week to go!) is absolutely piss poor. Sales are flat but margins are down... we are being squeezed by raw material prices going up - often in the 20-40% range - and stiff competition which is preventing us from passing these increases along.

So mystic Seb predicts the Q1 numbers will be our official entry into an honest-to-goodness double dip 2 quarters of GDP contraction. And quite possibly downhill from there, as the Eurozone continues with its sadistic recessionary monetary policies.

Just done the December figs this morning. Poor. -6%.
-6% on those terrible snow figures of last year is really more like -12%.

November was worse, and January is looking just as bad.

However, have been buying in more stock than last year in the expectation that the 1st and 2nd quarters will be better.

This is as good as can be expected. The alternatives to what we have today (an economy functioning, and maintaining its size, if not growing much) are a deflationary spiral to economic collapse, or an inflationary spiral to monetary collapse. There is no return to 'normal' 2-3% growth for the foreseeable future (ie a decade or more).

-0.2% may be close to zero, but -0.9% manufacturing output decline seems more worrying. With wages being held down the last two years, you'd hope for more manufacturing import substitution, if not an export increase.

My main barometer is the number of 1st class seats occupied on the East Coast Main Line. And that seems to be well up.

I must admit to a certain degree of cynical amusement when announcements are made that "some government index or other" has moved by 0.2%... I'd guess that the underlying data is only accurate to about +/- 2% at best. :-)