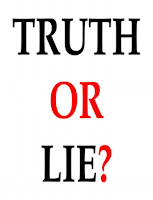 There's no need to be surprised really, is there ? But somehow it's always annoying to be lied to by officialdom.

A mile from Schloss Drew, set in substantial grounds is a psychiatric hospital with a large secure unit housing various unfortunate criminals. Some periodically escape: we can always tell because a helicopter comes to search the grounds methodically: hard to miss really. There is of course a liaison committee for local councillors, residents' associations etc, and questions are naturally asked. No, we are always told, everything's been fine. But what about the helicopter ? Oh, we don't know about that - perhaps there was a road traffic accident ? or maybe a burglar spotted in a back garden. So why was it hovering over the secure unit ? etc etc; a complete stonewall every time.

The latest incident is as follows: we have always been assured the secure unit is strictly for adults only (explicitly stated to be 18+); and while there is an adolescent unit in the hospital, it is non-secure, for day patients and, once in a while, the occasional (non-secure) short-stay in-patient.

So what happens next ? A group of four adolescents have escaped from, errrr ... the secure unit.

Will we ever find out what they were doing there ? My expectations are low.

They may have their guidelines but provision for under 18 mental health is as poor as it ever was. I had a friend who was locked in a geriatric secure unit for 9 months at the age of 15. You don't recover from that kind of experience easily.

Have you tried FoI requests? local councillors or the MP. Apparatchiks and opacity must be countered.

We're all away roym.
That's what happens when C@W go on holiday. Whole country goes to pot

Game is as you may have read. Too many stores after they took on Electronics boutique and Gamestation years ago. they should have shed 1/3 of their shops then.
no real point paying two rents, two lots of staff and having two lots of stock. I'm fairly sure they ran as single units too, meaning no one manager overseeing multiple sites. {that's not necessarily a bad policy either. Very hard to get someone good enough to do it.}

They are chopping around a third of the highest rent units and clearing debt and starting again.

They are still going to face problems from cheaper platforms though. And they must pay off their debts to all their suppliers or they won't get anymore stock.

Long way to go yet before this is company is safe.

After a peculiarly sinister burglary I asked for a Crime Prevention Officer (there used to be those once) to come and have a look round the house and garden and advise.

So I did. Though rather further than he had in mind.

I pass on this advice without prejudice.