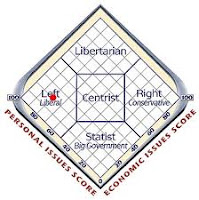 David Dimbleby presents Question Time from Portsmouth. On the panel: the comedian Alexei Sayle,{I love the old Marxist Alexi and won't hear a word against him.} shadow foreign secretary Douglas Alexander MP, {clever but shadowy figure who manages to be a Blairite in the Brownite camp} children's minister Sarah Teather MP, { hopeless , hopeless minister. I'm amazed Cameron hasn't insisted she be embargoed. Mind you, its not likely even she could cause much more embarrassment to the coalition this week. Conservative Anna Soubry MP, 'A' list Tory but incredibly gaffe prone. Is there really no-one in command at Con-HQ? and the columnist and chair of the National Trust Sir Simon Jenkins.{who was good on Newsnight.}

Malcolm tucker guests this week:- Petrol and panic - is it wise to store a flammable liquid next to firelighters?- Pie panic - Cameron once ate a pasty you know. - Stamp panic - "when did you last send a letter not on expenses, PM?" - Oohh, erm..I think it was in Leeds..sometime last year..erm..Reader's digest prize drawer I think it was."- TV cameras allowed in court - panic in the streets- Underlying cause of the riots - it was someone else's fault,

1. Queues on the forecourts, could the Government have been any more inept? (Expect sub-theme of 'was it a planned distraction) I have this nagging recollection that Alexei is a bit of a petrol-head.
2. UK back in recession, we're all doomed again.
3. Germans withdrawing from nuclear plans, we'd better build some more windmills. Or more gas, if we don't mind blowing out the odd well.
4. US healthcare and Supreme Court, why don't they just adopt the NHS model.
5. Long shot as it's Pompey - what should we be doing to commemmorate the Falklands 30th anniversary?

I like the Pompey one hopper. but its a week of calamity. on Monday I couldn't think of anything to be on QT. now there's enough material for an Easter special.

1. Petrol panic and how to stampede a herd. Where is the new Coulson?

2. Piegate. what a load of cow's hoofs,eyes,udders, testicles and carrot in a tough crust this story really is. All sides just embarrassing.

3. Come dine with me government special. Cash for questions.

4.Planning law reform. For the better says Jenkins. Not so says the big developers.

5. Twitter man jailed. measured/CU/Botogol/ Pippy/CU/BQ/ Patently/ are all regular tweeters on BBCQT.
Things are said on twitter that are totally unacceptable in a public space. But should someone actually go to jail? Should we all have unlinked, unidentifiable tweet accounts? Just in case 'the man' one day decides 'Dimbleby is a boring spoon' is offensive to spoon collectors?

really, jail? I've heard worse on those action/stop/paperwork cop shows on channel 5. Those pixelated drunks seem to get away with a fine, if that.

Writes itself this week:

2) Pasties - banker sauce. With appelation control i'm not to sure i've ever had a cornish pasty and my favourites are corned beef.

3) Falklands you'd think in that neck of the woods and boringly so.

4) Some bullshit edukayshun question for the Liberal.

1. What now for nuclear?

3. Do you eat supper, tea or dinner or all three and do you eat them in the kitchen?

4. Have you been on a train recently and did you travel first class or cattle class? Was it value for money?

5. Are we re-introducing grammar schools by the back door by making them "satellites" of existing grammars and is this fair?

Alexei Sayle……..the theme has to be idiots.

1. See if you can spot the idiots who follow Francis Maude’s advice anywhere. (Aren’t the idiots the drivers going on strike?)

2. Spot the idiots who pay to have dinner with Dave and Sam and for a title.

3. Spot the idiots who think they are them and not us. Well, they are richer.

4. Spot the idiots whose fault it was that kids went rioting last summer…er, that’s parents, retailers, teachers, their friends, the friends of their friends…

5. Something about being two faced and medicine treating idiots.

Have I insulted everyone? Yes? Good. .. aka Sayle style.

Do join us on Twitter. You’ll be in good company.... don't panic, or tell 'em your name, Pike.

Back from the delirium of the dreaded flu :)

1) Petrol panic: plonkers pump up proposed possible strike, Jerry can pleading be damned, could be an explosive combination! :)

3) What now my love? Now that its over... UK and German firms no nukes fall out.

4) Starting Over: OECD "New recession looms"! is it time to start making a plan B

5) NHS pan approval and consequences (Stategic Q! they missed it out for 2 weeks)

1. Evil Thatcher introduces "VAT for ideological reasons" especially to tax the poor who buy a hot crust from Greggs for lunch.

4. Evil Thatcher causes UK to double dip into recession again, deja vue all over again, for the second time under this Tory-led Coalition. It wouldn't be like this if we had that nice David Millipede as President, would it?

5. Evil Thatcher responsible for increase in corruption throughout the country. Tory-led Coalition, Sam'n'Dave Cameron and Mr Plod all caught up in corruption maelstrom shock horror Armageddon.

1. racist tweeting. Jail time.
2. Tanker drivers strike. Is it right to use the RAF tanker drivers?
3. Parents and teachers are to blame for the riots. And the police and the courts and the politicians, businessmen and the bankers of course.
4. Postage prices. Is it right certain citizens should get a discount.
5. Cameron's dinner s. What's being cooked up in the flat?

just off the flight ... quick read of a newspaper on the plane ...

Soz, just in under the wire. Held up by huge queues waiting for petrol.

1. Petrolgate. The tanker drivers haven't been on strike yet - if glamour models threaten to strike will the govt advise us to rush out and buy The Sun? Should the govt be put up against the wall and shot for a COMPLETELY UNNECESSARY AND MANUFACTURED crisis? Hm??

2. Piegate. Don't get me started I'm worn out. Greggs have so much free advertising out of this. Good for them. Free the Greggs one!

3. Riotgate. It's all the fault of someone else. Possibly the poor. Or not.

4. Women in the Lords/Lords reformation. OK no-one really cares so some green issue question then; building over Britain/planning laws/highspeed rail.

5. Local question: Is it time to get another aircraft carrier? (but personally I'd say is it time to re-open Gosport Hospital: yes. They should never have closed it down because the military hospital was FAR better than the NHS one)

- has the government caused the petrol queues?

- should we wake up and quickly build more nuclear power station before the lights go out.

- is the navy now so small it's effectively useless?

1 Tankers strike - panic buying - what a bunch of idiots we are. Store petrol in your home ???

2 Is Cameron to toff for pies? Is the government not going to Greggs for lunch? No - Because they AREN'T ordinary people. All of them on all sides are in the top 5% of earners. So they don't go to Greggs. Must we insist they pretend that they do?

3 Planning laws and safeguarding the greenbelt by building on it.

4 Riots - A decent enough report. Even if it did point the finger at banker politicians.

5. Ted heath to be commemorated in Westminster Abbey.
See Dave, there is hope for your legacy after all.

CU still away - I'll do his

3. Have you ever been arrested for a felony?

4. Have you ever passed State secrets to the enemy?

5. Did you pass Hamid a razor blade?

6. have you ever cheated on your wife?

Mark - those questions would make for a more interesting programme, rather than everyone trotting out tired, ill-understood, half-truths of semi-arguments.

First Question: Who is responsible for the unjustified panic buying at petrol stations today? The Union or the Government?

Second Question: Does a £250,000 dinner with the Prime Minister influence Government policy?
{Jenkis has mentioned planning laws which will score a point if doesn't come up separately}

Q3: Was the 56 day sentence for Liam Stacey following his racially abusive tweets about the footballer Fabrice Muamba excessive?

Question four: In light of taxing pasties but not caviar, are we all still in this together?

Question Six: As we approach the 30th anniversary, could the UK fight another Falklands type campaign if required to do so?

Good spot on that last one!

Scores:
No NHS again! And Alexi was good on 2 and diw on 4 questions. In the end he just said 'I don't care about this at all.'
Which does mean he's still in touch with the public.

Measured - 6 {what is the rich question?}

Nick Drew welcome home! What a week1 We've missed it all! - 9

Winner is DTP again - No show next week. A welcome break for us all.

2 more to go and a london special I think.

BQ, thanks, but I must apologise for confusion. I've just realised this is the "Question Time quiz" not the "Homeland quiz".

A few no shows Hovis - remind m,e to add your point on after easter. Anyone seen Appoint me or weetabix?

Cause of the riots - it's the children wot dun it, says Sarah Teather.

By the way, good to see I've dropped to minus 4, bill. Let's see if I can get that down another couple of points.