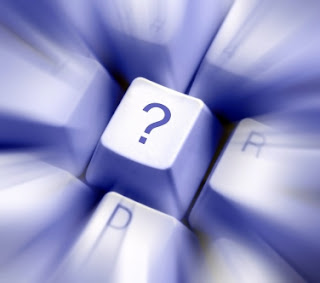 Working late at the office. Might make it back in time. Panel looks alright too.

BQ throws his dart into the news board and predicts..

1. Paedo MPs and internet trial pressure. {Have seen comments on newspaper blogs along the lines of
- "filth,scum, name and shame them if they are guilty string em up. They deserve to be exposed! Publish their names and let the world decide their guilt- Barry, Doncaster."
I confess I did add "Barry from Doncaster is a well know sex offender. He needs his name to be in the public domain. Posting his last name and address later.."} Schofield was being an arse. What possessed the lightweight sofa cushion to make such a blunder?

2. Barry Obama and how the evil of religious extemism has been purged from America's soul ..

3. Cuts to the army. is it right to have a reserve army, not a frontline one? And how will employers react?

4. New Archbishop. Does the Archbishop have any sway with anyone anymore?

5. I'm an MP get me out of here. Mad Nads is in tro8ble with the boss. Is she right to be shamelessly  self promoting instead of working?
Posted by Bill Quango MP

For those of you who do not know Bexhill - everything closes at 6:00 as the locals are all twitching behind the curtains. Tonight you'll have difficulty spotting a 'local'. Enjoy

1/ How to save our precious high streets?

3/ What's the point of voting for police commissioners?

4/How much money should the EU bung at Greece?

5/Would Cameron handle Hurricane Sandy better than Obama has?

Why are your capchas so tough? I couldn't even see 2 of the numerical ones!

Can I have a point for watching something more uplifting?

Graeme - I find the new capchas work on an impressionistic basis, the pass-mark seems to be only something like 85%: just stick in your immediate best-guess like a Rorschach inkblot test

QT seems a bit easier this week, could be only 3-4 qns but I'll still use my full 5:

1) wot next for Obama, will he lead the free world in some interesting new way?
2) Schofield & Cameron
("there are some extremely serious allegations. We need to get to the bottom of those" - yes, that was his catch-phrase)
3) Go-Nads! (© G.Fawkes 2012)

1) Should there be an overarching inquiry into how the Tory party is just a kiddy pimping party?

3) Circle Healthcare and hospitals going bust and it's all Shirley Williams' fault.

5) Should Nads be sacked?

Good Evening BQ,
1. Which is more important Obama or the one they’ve appointed ‘what’s his name’ in China? Chow mein or burgers?

2. Merkel came for lunch and they served German cake. Is this right? WTF …FTT …tttt!

3. What has the new Archbishop got to do apart from offer wine and wafers?

4. Likewise, the new Governor of the Bank of England could offer us some more chocolate money.

5. What is wrong with our Police? Riots, Hillsborough, enquiries, no prosecutions, not enough biscuits back at base I say. Commissioners should at least be able to sort that out. Right off to nick a Jammy Dodger. Starving.

I take it you decide not to take part in I’m a Celebrity, Get me out of here?, Bill. Reason?

1) Police commissioner elections - is there any enthusiasm, anywhere in England for this event?

2) 2nd term for Pres Obama - will we see any major changes in policy?

3) Austerity in UK/USA & the Fiscal Cliff? If the US doesn't come up with a solution (ie raise the ceiling & borrow more) will the result be a global depression?

4) Living wage - is it a good, bad, or really bad idea? ref LibDem councils not paying it.

5) Enquiry in to paedo MPs - has there really been coverups in the past & has too much time gone by to have any chance of a sucessful prosecution?

Tricky to judge the Bexhill populace; I'm hoping Anon (1) is right and it's all Guardian-reading out-of-towners.

1. US election: good for America, good for us?
2. Merkel says Christians are persecuted, not persecutors. Is she right? Can the new Archbish help?
3. Living wages - a demented idea whose time has come?
4. Police commissioner public apathy, whose stupid idea was this?
5. Is this a concerted attack on the UK cycling team and what can we do about it?

1. Isn't it entertaining to see how well the BBC has shifted the opprobrium from itself (Savile/unnamed others/BBC execs) to paedo Tories. It really is Thatcher's fault all along, innit?

3. Hysterical O'Bama (sorry, that should be "historical") to save the world from evil bankers and Thatcherism, as he basks in the glory of already having removed American troops from Afghanistan, saved Syria, Tibet, Taiwan, and Myanmar. Should he get the Noble prize again?

Didn't get back in time..Only just got in. Same every year. Christmas! Are we doing that old thing again? we did it last year. BQ Industries about a week behind but I'm not too worried. Only internet has started so far.
So..from twitter.

Q1: Is David Cameron’s mention of a gay witch-hunt in relation to the child abuse allegations a self-fulfilling prophecy?

What a silly way to ask the paedo question. Wonder what the panel's response was?

There's a good tweet from BBCQT#
MT: @PeteDeveson It's lucky no-one saw what Schofe wrote on that paper. Because he's the *only* man in the country with internet. #bbcqt

Q2: Now that the Bank of England appears to have run out of options what should government be doing to support the recovery?

Unusual for QT to ask that. Bexhill must be full of bankers. Note that Blanchflower says BOE going to do more printing next month.

Q3: Did the Conservative party overreact when withdrawing the party whip from Nadine Dorries?

Measured: They took photos of both of us in Aussie bush gear. Nadine looks like a hot babe and I looked like a hot coal. So, they went with her. I've never seen a full episode. Only bits here and there.
Do you watch? Millions do, there's no shame in it.

MT: @XanPhillips If only MPs had their own TV show where they could get their views heard #bbcqt

Q4: Would money be better spent on policing than cost of the police commissioner elections or the appointed commissioners salaries?

Q5: What can British politicians learn from Barack Obama’s victory?

{Just couldn't resist it, could they?}

Anon: Mrs Q spent her childhood holidays in Bexhill. Her nephew and nieces still caravan there. But then they are Millwall supporters.

Graeme - 4. Not bad. You went for high streets and not the easy Paedo points?

Measured V good spot on BOE/QE - 7
Wine and wafers. I heard someone say the church needs to stop global warming. You wouldn't have thought some candles and an incense burner would cause much pollution.

Winner is Gsd with a cracking 9.

You get to choose which politician is next into the jungle.

Watched this although too late to play. The Tories are finished on the basis of QT.... however another properly unbalanced set though, one lefty loon economist, one Government hating Lib Dem, A labour politico and a northern journalist who was the cheer-leader for New labour!

Jesus, that could be the worst ever. And perople have been saying Fox news is biased this week...

"You get to choose which politician is next into the jungle."

The LibDems. The whole lot of them, with no exception (unless BQ is one, in which case he can stay obviously!).

Do I get to choose the number of piranha fish too?

A Liberal Democrat?
I'd rather join the communists.
At least they think they know what they are about.

Can't take all the Libbys to the jungle. So I use my casting vote to send Vince Cable.

This Blanchflower guy was a real nutter, not surprising the country is in such a mess with people like that at the top of the BOE.

He wants to build an airport just to give the builders something to do... even if we don't need it.

And the other bizarre thing was a delay in business taxes to easy cash flow, well maybe it would help as a shortterm hit, but it has no long term effect, these clowns seem to think all they need to do is perform some financial tricks and the economy is going to bounce back.

He told one of the panelists who was arguing for a balanced budget that the national economy was nothing like a household budget because "people don't have their own printing press, if they did it would be"!
Perhaps that's the answer, everyone print there own paper money.

Anonymous @12.55 am, I couldn't agree more and yet there was no one on the Panel to shoot him down in flames.

Working late at the office. Might make it back in time. Panel looks alright too.

BQ throws his dart into the news board and predicts..
"" thanks so much for sharing this with us ....