Could kids TV be any more Gay?

The experts added that the BBC should be 'more creative and bolder in its depiction of such groups of people, taking care to steer clear of stereotypes.'
The report concluded: 'The LGB [lesbian, gay and bisexual] experts feel that the BBC should seek to incorporate the portrayal of LGB people within programming targeted at children, to familiarise audiences through incidental portrayal from an early age.'

So says a report that thinks there needs to be many more LGBs on kids Tv.
I disagree. Children's TV has been filled with lesbian and gay characters for as long as i can remember.

Now, admittedly, not all of them have come out. Some are still in the broom cupboard so to speak. But..well..its obvious, isn't it?

Then there's Rentaghost. Three flamboyant men living in a menage a trois. Mr Claypole? bit of a give away.

As was Master Mate, Barnabas and ..willy! Captain pugwash was the gayest pirate to grace the seas. He was adverse to all piratey activity, except the pursuit of fancy jewellery. And his frilly shirt was a fop's delight.

I was in a bar in Brighton recently, and serving was Miss Hoolie, a  lesbian icon.
Not just someone that looked a bit like her..It was either the actual Miss Hoolie or someone who has undergone extensive surgery. What's the story Balamory? Well..I gather she and Josie Jump are a well known item....

And then there was Tinky Winky, who was accused of being gay by the religious right in America, in 1999. Something Mr Winky never confirmed or denied. 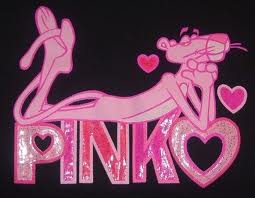 And anymore I may have missed into the comments.

Well, there was Bill and Ben for a start and as for that lady with her Muffin The Mule.....

Statler and Waldorf as well as Bert and Ernie. I mean, going to every night of a musical show for 40 years?

when I were a lad my favourite was Round The Horne

Julian and Sandy as lawyers:

HORNE: Will you take my case?
JULIAN: Well, it depends on what it is. We've got a criminal practice that takes up most of our time.
HORNE: Yes, but apart from that, I need legal advice.
SANDY: Ooh, isn't he bold?

Round The Horne was wonderful. We were even permitted to listen to it at the Prep school I went to, whose Headmaster was a most devout Churchman.

Pugwash... remember Tom, the cabin boy, who "smiled and said nothing".

What about Noddy kissing Gary on Byker Grove in the dark days of 1994? I remember seeing them both enjoying a drink together in Morpeth Leisure Centre a couple of months later.

That raised a teenage eyebrownm or two!

I was feeling grumpy, but the mention of Round the Horne (and Beyond Our Ken, before it) brings a smile of memory.

Don't know about gay, but kids' TV is absolute shite. I was at a family do last year and my 5 year old cousin was watching some pair of bellends singing about how happy they were. And I said they're not happy at all, they hate themselves and wonder why the flaming hell they went to RADA if this is all they've got to show for it. Which didn't endear me to the rest of the party, but I'd been "enjoying myself" far too much to care!

If I make a suggestion that my lads don't like the response it will get is a curt "That's really gay."

I don't think TV will make much of a difference on kids.

glad to have raised a smile for grumpy Budgie

I may have upset you again back at the original thread, though ...

I don't think kids TV is all that bad Asquith. Compared to what it was.

Older kids have Dr Who lite. with Sarah Jane. Victorious. Sweet life. Hannah Montanna. Danny's house.
Younger kids have the most popular animated character in the world, more so than Mickey..Peppa pig.
And Waybuloo. Night Garden {now that is bad}

if you are as old as some of the C@W readers you might recall saturday morning glued to White horses. A Czech
cartoon, Heidi, Robinson Crusoe, The lone ranger, Casey jones and Champion the wonder horse..All in black and white.

Then , if lucky, Thunderbirds or captain scarlet.

Anybody remember Supercar? Dr. Beaker and his "most satisfactory" in that plummy voice. Ah, back in the day...

No, but I do recall a rather sub-standard puppet thing called Space Patrol

All in order, Captain

Yes, that was its catch-phrase

I remember finding out C3PO from Star Wars was gay; the disgraceful thing about it was I was about 16 - up until then just thought he was a bit of a whinger. Ho hum.

Ooh Supercar. I got a model one for Christmas many many years ago. The forerunner to Fireball XL5, Stingray and then Thunderbirds if I remember right.

The best Gerry Andersom thing was undoubtedly UFO though. How could it lose with the lovely Wanda Ventham (fresh from that Lotus Eaters serial with the brilliant Ian Hendry) and the magnificent Gabrielle Drake?

Nothing but mindless sock puppets, with a mindless dialogue to boot. FFS, anyone compelled to watch that for their whole childhood would likely be putting their dear little heads in the gas oven.

kids tv is can be if you just watch the american stuff like Ben 10 which is soundly violent and lacking in morality. Just avoid the BBC and Uk made right on stuff, luckily my kids are well versed in this and scream now at the site of cbeebies.

Dear Bill, of course I remember Captn Pugwash, being a bit on the innocent side or my mind not quite connected that way never thought of the names, Seaman Staines, Master Bates and others the creators were having a laugh but most kids just gawped at it not making the connection, it was a bit boring. The Tinky Winky thing I never saw that not having kids my self, but kids of course do NOT think in the same way as adults, thank goodness. The funniest sketch if you remember was the one with Eric Morecambe and Ernie Wise in the same bed, I don't think many people made anything out of that unless their minds were that way inclined.

Yes I remember my father sniggering at Pugwash and wondering why! There was also Roger the cabin boy. The sad thing was it was all over my mother's head too!!

Noddy and Bigears were also in bed together in the Noddy books.

I agree re comment above about RADA trained CBBC actors. I wonder if they're all on drugs?

When our girls were watching TV, all they seemed to get was some garishly dressed crowd just opening their mouths and yelling and shrieking...

They also used to like to 'swing their pants'...

You wrote it just as they would have said it!

From some fun we had over on Guido during the Werrity/Fox 'affair'.

"Nick. How well do you know Liam Fox?"

Adam: "Very well,Enough to bona to vada your jolly old eek! We go on holiday together and everything, shy?"

Nick: "Can you remember any particular incidents?"

Adam: “Well I never saw him in uniform…”

Nick: “I see. After he was stung, did he manage to drag himself up on deck?”

Nick: “Do you think its’ right that Liam Fox , with his current problems, should be discussing Polaris?”

They're welcome to Miss Hoolie, but they're not having Josie Jump. Or are they? I don't know. I always assumed that the two ladies from the sweet shop in Balamoray were an item.