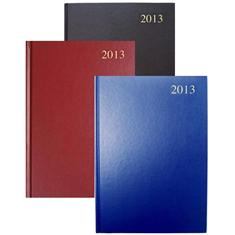 March 4th - Law of unintended consequences passes onto statute books. Will now be a legal part of all legislation.
March 15th; Ides of March. Boris makes classics speech. "Friends, Londoners, foreign born, new countrymen, lend me your ipods; I come to bury Caesar, not to praise him."
March 18th RMT announces strike dates for year. All bank holidays + cup final, Epsom Derby, Boat race, and two weeks in July as the lads are all going to Malaga together. 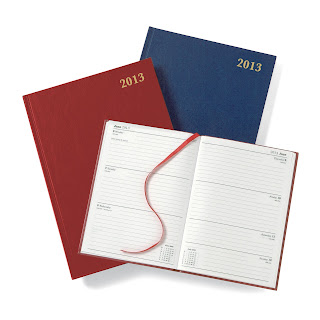 August 2nd - Silly season stories turn out to be true. Johnathan Ross new DG of the BBC. Jose Mourinho takes over at QPR. Nigel Farage defects to Liberal Democrats.
August 4th  Owen Jones is 16 today.
August 15th. Church in turmoil over whether divorced gay couples can marry in non England and Wales churches. David Cameron's messy compromise ensures that divorced homosexuals can only be remarried in mosques by Catholic priests. "A satisfying compromise"

October 6th. Downton Abbey, 4th series, adopts 'X' factor style text voting to determine which character is killed off next. Mrs Crawley tipped to die of extreme white liberal guilt.
October 12th: Nobel Peace Prize awarded to President Assad of Syria.
October 19th: Bank of England discovers its supplier of printer ink has gone bust. QE on hold for two days whilst alternatives sought. Pound falls 30% against the $ until a smiling Mark Carney appears on facebook photocopying £50 notes. Osborne says "See..I told you he worth £420 an hour."
October 28th - ECHR discovers breach of Human Rights and determines locked up prisoners must be allowed their families, possessions and friends and social activities whilst in prison. Work on building housing estates, multiplexes and shopping centres inside Wormwood Scrubs begins. Polish Government delighted at the work this generates for its citizens.

November 5th . EU wide 'clean emissions law' bonfire ban comes into effect.
November 19th. Annual energy companies cartel  fuel bill rise of 92% .
November 24th Coalition splits getting worse. Liberal Democrats move out of Westminster and go to stay at their mother's. Both parties drink more and Tories buy themselves a Winnebago with the college fund. Both shower presents on a confused Ed Miliband, whilst sounding off to him about the lies, betrayals, annoying personal habits and the bad sex of the other party.

Email ThisBlogThis!Share to TwitterShare to FacebookShare to Pinterest
Labels: 2013 humour

Can I just skip next year and go straight to 2014 please?
The excitement is just too much for the old ticker.

Heartless beast! Have you no thought for theee cheeeldrenn???

One last prediction : bbc put up for privatisation when they slag off Margaret Thatcher once too often. Rupert Murdoch declines to put in a bid because he can't see it make a profit in private industry. And the guardian immediately goes into bankruptcy because of the loss of income from job adverts.

I though 'Call be Dave' Dave's Condem administration was beyond satire, but you've managed it! Respect due.

Further prediction for sometime in 2013?

Nigel Farage and UKIP elected in shock general election by promising war crimes trial of TB and trials of wicked bankers and other assorted white-collar criminals in their manifesto.