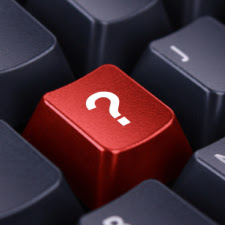 David Dimbleby presents Question Time from Newcastle.
With Universities and Science Minister David 'superdome' Willetts MP,
Shadow Health Minister Liz 'she's not Andy Burnham? Not enough Maybeline' Kendall MP.
Deputy Leader of the Liberal Democrats Simon 'Trusssssssstttt in Meeeee' Hughes MP,
comedian {what! Another one!} and campaigner Mark 'commie -  but very funny' Steel and
former Director of the Centre for Policy Studies{or THE EMPIRE if you're a lefty} Jill Kirby.
Interesting panel. Might be a bit dull after the Brand/Boris show.
BQ thinks
1. Spending review. Labour commit to reducing their commitments to not commit to anything.
2. Stephen Lawrence and the dodgy Met. Police should not investigate police
3. Some bollox about hamburgers
4. Was Gillard the victim of sexism? {no- she was just so bad she made Rudd look good.}
5. And just for Mr Drew. Ofgen warns of power shortages on the day 'sack fulls more shale found'
{a sackfull being the official unit of measure.}
Yes its been
UPDATED TABLE
Week 22

2. Is it OK for millionaire politicians to eat at their desks?

3. Shale gas - should we allow these dangerous greenhouse gases to be dug up?

4. Gender politics - will fusty old Britain ever get a female PM as progressive Australia has had?

5. Why are there no jobs and growth for hardworkingfamilies like there were in the good old days?

Another quite tough one this week.

1) Welfare & JSA - is it morally preposterous that potential claimants would have to wait a week and (judge's discretion) can I shoehorn in the ancillary mention of the requirement to speak Eeeengleesh?

2) Unemployment and the lack of prospect of aiming for growth (one suspects that the NE is in le meird).

3) HS2 - is it all a bally expensive white elephant?

4) Public sector cuts and the lack of contingency for their reduction?

This will be all about cuts and bankers. Willetts will get a warm welcome as there is a lot of cutting edge science going on in Newcastle at the Centre for Life. But leaving that aside, they are lovely people, great company and do not have that chip on their shoulder seen in some others.

1. What's the real story about JFK and will it ever be revealed? Did he actually do all that he claimned?

2. Why are there cuts in the North East but 50 miles North, spending is being increased. Racial bias or victimisation?

3. Should the jocks have to speak English to get benefits?

3. Should Child protection be ring fenced like schools and hospitals?

1. Is the way to job recovery via lots of new positions teaching English as a second language?
2. Cuts, inevitably: when will they ever stop?
3. What's next for all-gender marriage equality now that the Septics have had DOMA overturned?
4. To shale or not to shale? From Newcastle, the prospects for jobs are probably quite welcome.
5. Police espionage: hardly The Spy Who Loved Me material...

1. HS2 not comin to the feckin Toon like eh man?

2. Fookin cuts are Tory scum bastard things, we all hate you scum tories whey-eh. Stupid idiots probably want to do more and eat even more babies

3. Benefits cap -na whey is this right, don't you know the tories abolished jobs up this way.

4. Wimbledon, I dont quite know how they will wangle it, but Beeb will for a bit of self promotion, somethign about high salaries or tax the rich or something rollocks like that.

3) Snooping, Snowdon & the cack-handed US response to date.

4) Predicted power shortages. Too late do do anything now?

What a mixed bunch of who? Which will let stainless Steele shine.

1. Gideon’s spending on microwave meals, just be reheated as so little was new. No double dip for the burger? I hope you all saw the Eric Pickles photo released today. Salad. Rofl!

2. Birds flying into wind turbines ….is our energy running out but what about the shaaaale? Start gassing, panel.

4. What did Nelson Mandela ever do for South Africa?

5. Stephen Lawrence. Don’t even get me going on this as I always replied poppycock when told he was a drug dealer. The Police, more than smeared and rubbish, with a whistle blower about, it is not hard to finger the officers.

Dimbletie: Well, I have it on good authority it will be a rich brocade of vivid violet purple on a background of charcoal grey. Sauve.

Btw not everyone has put their choice of tie down. Pay me in points.

Nearly did every week :(

A point for turning up half way maybe?

Damn & blast. Posted too late for me, I was too busy learning how to do my (officially sanctioned) civic duty in the event of watery disaster last night.

I gather Measured did rather well this week?

I am lending my support to Timbo and Kynon's call for turning-up points. We must continue the Great British tradition of fair play!

There should also be honour points for watching the dashed thing which I very rarely do - certainly not sober!

DtP that would be terribly unfair on the rest of us! :-D

So, from the Twitter the questions.
No idea of the Dimbletie. Can't get iplayer on this PC. Some adobe conflict. If anyone can HONESTLY find out the dimbytie and report in, will earn an extra point.

First question - Do you agree with @George_Osborne's comment that "British economy is out of intensive care"?
-erm..no.

Luckily timed, the next question - Edward Snowden: hero or villain?

Q3: What should be done to those involved in covering up incompetency in some NHS areas? How can it be prevented in future?
{this was last weeks question inexplicably left off by BBC- Lawyers issues?}

And seems to be some hidden question in there about benefits and Wonga and inequality. Lets say that.

QT seems to be operating on a week late cycle. No Lawrence? No Power supply. And Snowden and payday loans and NHS were all last weeks news?!

Get a grip Dimby! Or we'll have Vernon Kay doing it.

BQ I can only go by what Measured said on Twitter but I think the tie was a vaguely luminescent green!

I need a point!

Dimby Tie was indeed Lurid Green with Black Insects on it

JFK = Joe Kinnear the new Director of Football at Newcastle. Hot subject in the Toon but not for QT it seems.

Going by your theory, I'm going to put it up as a question next week ;)