I promise you..conference..that I will make this One-nashion..A nashion of Old Labour!
{hold for applause}

I will ensure that this country has cars that rust within a year...Big, 20 ich flares..I will return the railways to British Rail...{pause for ripple of excited affirmation} 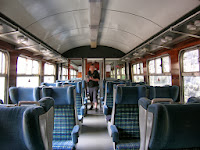 And much more..Conference! ..Let us not forget our historic roots..roots in working class areas with poor plumbing and ineffective power showers .. Our fathers and grandfathers were men with sideburns and excessive facial hair and ludicrous hairstyles..And I want you to have the same opportunities that they had..

"Colour patches on the knees of your jeans.... Sheepskin denim waistcoats. ..Raleigh choppers. Coal..Smash potato... Boil in the bag Haddock and rice...Rolling Blackouts....

Free rock festivals and the permissive society..cardigans...Ecology..Sit-ins..pubs..comedians who weren't 'alternative.' 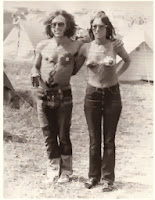 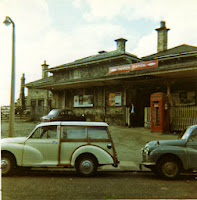 {Conference leaps to feet, applauding with the fervour of true believers. Neil Kinnock leaps onto his chair declaring Awrrrighht!! Awrright!!}

Ah, The Clangers, now you are talking. Some of the rest wasn't too bad. What about the compulsory camping holidays?

I will say one thing for Ed Miliband's new left leaning speech.

He has made me forget about voting UKIP.
After the Euro elections , which should give Cameron a reminder, its back to the blues. no matter how wet Dave is he must be better than the mildest of red ed's cabal.

MT you have a point there. Although I am terribly fed up with the Tories at least I would prefer them in than Ed Milivolt. Not that it makes the blindest bit of difference what I think, the Labour MP gets something like 90% of the vote around here.

I am slightly tempted not to vote UKIp, but on the other hand this all strikes me as some grand plan to try and lose the next election.

No one is going to vote for this rubbish? Perhaps Ed has been talking to Merkel and there is a wider plan for us.

I second Demetrius -
The Clangers.

If Ed could really bring them back, I would vote for them (the clangers that is)

The 70's were dirty and smelly.The people and the environment was full of lead pollution.
A violent, anarchic, unsettled, time that we could well have done without.

But Miliband is correct. The 70's are back. And we are living in that anemic growth, overindulgence, entitlement, aggrssive time all over again.

And just like the last time our competitors catch up, then overtake,

The danger with Labour stems from the fact that they aren't there to solve problems but to keep them going.

Without 'poverty' they are redundant. So tax, spend, redistribute works for them even when it fails. Sadly the Tories seem to have gone the same way.

Parliament is for Parliamentarians not for the people.

CU: Isn't everyone trying to loose the next election? iT seems to be the fashion.

E-K: the Tories ever were tax and spenders in the modern era, just a little more paternalistic in their narrative.They never did roll back the 1906 reforms which are surely the original seedcorn of modern tax and spend?

Wow, on BBC News he actually said that he wanted "democratic socialism". He really does not want to win.

"He has made me forget about voting UKIP"

I'm much more inclined to vote UKIP. Peter Hitchens is right - the Tory Party of Cameron must be destroyed. Pull down the temple, ye disciples of creative destruction. "Apres nous le deluge".

We had 13 years of Blair/Brown - what can Miliband possibly do to top that in terms of sheer damage to the UK?

(Miliband doesn't even need to promise anything IMHO, the boundaries mean he'd win even if the Labour and Tory votes were equal.)

If Cameron underwent some kind of Damascene conversion, say after the first hundred thousand Romanians arrive next year ... but who can believe a word he says? Why vote for someone who despises his party members and activists?

Anon: I had hopes for UKIP as the closest thing to a party of personal freedom in this country.

However over time it appears they they wish to get rid of the EU only to impose their own petty fiefs.

With the all parties in effect being Corporatist (yes I now include UKIP there), I see no real choice in our political system. Any vote will simply be taken as an expression of confidence in a system that has gone from operating badly to being utterly broken and corrupt.

BQ - Having asked for my opinion on my blog about re-nationalising the railways here it is:

From my point of view I don't want it. It's turned very well for trained workers: the penalty system means that employees are poached from one company to another to keep things going. This has kept wages up.

I worked under BR and - despite it being unionised - we were doing more for less, with less.

I miss long trains in rush hour. Very long ones - 15 coachers. Passengers miss them too by all accounts.

For me, I actually think that Ed Miliband is trying -- in his usual cack handed and lacking the conviction of his words way -- "to roll back the frontiers of Corporatism". If I my coin a phrase.

Round here (this blog), we can often find somewhat of a sense that "we're alright, we're comfortable, the system worked for us, it can therefore work for everyone, we've paid our dues, made our successes, so we're entitled to what we've got".

To which I reply, yes, I can get that. Inherited property has made me comfortable "working" (actually its just professional busywork and socially useless, but it does pay well) has set me up for a comfortable future. But what if it's all built on sand ? What if the perceptions of what is "fair" and "just" are suddenly -- not unlike 1970's era "labour rights" -- it all turns out to be delusional on our parts ? Could we not become the ones with a sense of entitlement that was founded on precepts which were only a convenient fiction which we dressed up as irrevocable facts to suit our desires ?

People under 25. People who've not quite got it together to get on the property ladder 10 years ago. People who don't / can't keep their heads down and grift their way through the system in the modern world of big corporation commerce (and I include the state as an employer in that category now). Women who don't want to work, they want to bring up their families at home. The genuinely disabled. Total that little lot up and there's a fair few voted willing to take a chance on a party which offers something a tad different.

'course, Miliband will probably blow it because his innate timidity will get the better of him and he'll bottle this "red in tooth a claw" approach. But if he doesn't... or the voters take a punt on him manning up and going through with it... what then ?

@ Clive I agree with much of what you say. I am naturally pessimistic so think the system is broken. However if you still think within the parameters you are presented with then yes, Milliband is offerings something (marginally)different apart from more of the same. He is, in vile marketing speak at least offering a "USP", even if its not one that appeals to the audience of this blog. There are many it will - hell its not just more of the same. (Of course the thrust of the article was that it is a re-heated choice but that is by the by).

O/T: On the return to the 70's we have a resurgence of Facial hair as evidenced by hipster fashion - when are pipes coming back?

Clive - don't disagree with your main points. We are the lucky ones.
But, I started looking for work in 1983. The depth of the recession - 3 million unemployed etc etc.

Without me doing very much right, and a lot wrong, by the time I was 35 it had all turned out alright. Home-kids-wife-car-job.

And so had everyone I knew.
So even though we were turfed out into the toughest job conditions since WW2, old 50% of us would NEVER have a job or home etc, we all managed to a greater or lesser extent, and the vast majority prospered over the years. Some super bankers. Some publishers. Some legal and some teachers and self employed, business etc.

It is tough now, for sure. I've suffered a real terms 20% loss of income sine 2009. Worst fall in income I have ever had. Mrs Q back out to work. But I don't expect these dire times to be the new normal.
It never is.


Hovis - agree
And As i think BE may have pointed out?..despite the awfulness of the 1970s. The oil crisis. Ecology crisis. Ripping up of the pre-war social fabric..union power, EU, devaluation, terrorism, moral collapse, Wiemar inflation and weak and ineffectual governments,
in the main, families emerged richer from the 1970's than at any time in UK history.
{and we have emerged, even now at this point, with all the debt and crash, richer than our own parents were just a two decades ago.}

{BBC's Dominic Sandbrook or Andy Beckett on the 1970's are supremely good programs/reads.Highly recommended, if a bit lefty.}

EK - many thanks - i did see your reply on your blog..I think CU should ask you to guest post on the issue of rail nationalisation.

EK - Been at Royal Mail Birmingham last week. Massive place.
Very, very few managers in evidence. Too few in fact.Workers taking the p++s in some instances..anyone could see that.
Massive scope for and NHS style managerial culture to creep into there very quickly.
And who will pay for those high end 5 and 6 figure salaries?..

This blog is an exact representation of skills. I appreciate the blogger for posting the most excellent thought. This topic posted by you is trustworthy.
www.hpaconference.co.uk |

Thanks for the information! Now I know what i will do the next time i travel. Looking forward to go to Thailand later this year! Thanks for some pointers!
emrsoftwaresite.com |

I must say that while reading your post I found my thoughts in agreement with the topic that you have discussed, which happens very rare.
www.hometorrevieja.com |

You have mentioned very interesting details ! ps nice site. "I understand a fury in your words, But not the words." by William Shakespeare
mccfitnessstems.com |