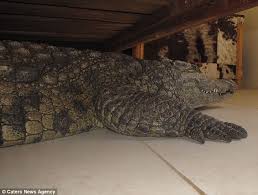 There are some downsides to the IMF upgrading the UK growth forecast for the year. Think of the Balls household for a start with poor Ed hiding under the bed and waiting for tomorrow. Although it also highlights how effectively the Labour party have been at pretending they are not interested in this. This whole crisis of living meme is a very good on account of it being perfectly true. Quite how it is the Tories fault I am not sure, but the Country is so much poorer and money goes not very far at all these days; so its great politics. As long as Labour can try and get the public to forget about how we got here in the first place.

Also this illustrates a huge downside of the Coalition, they thought they needed as long as possible to turn the Country around. But here we are with growth just a little later than expected. In fact, it is quite possible there will be another downturn of sorts before the election. if only they had a choice about when the election was we could be looking at one in May next year, with promises of growth to come. Instead, it will be 'come what may' in, er, May 2015. Abdicating control of the timing of elections was a very odd thing for the Government to do, especially given the bias against current Government in the electoral system.
Posted by CityUnslicker

They basically had to, because otherwise the LDs would have held a permanent dead-man trigger on the whole government. Labour would always vote with a no-confidence motion and the Tories would never win one.

Hopefully this mini-upturn will be enough to send MiliBalls quite mad.

I think all bloggers should adopt the habit of showing the photo of Balls in his Nazi uniform when they refer to him. Certainly it should appear at least as often as Cameron in his Bullingdon outfit.

It is not the Tories fault that we got into the biggest financial mess since the 1930s, but its certainly their fault that we've taken so long to get out of it.

Cameron and co have been too bone idle, and probably are too incompetent, to take a real hard look at the waste that occurs in government departments, and do something about it. There is a sickness at the heart of UK government that will take a lot better man than Cameron to sort out.

However, as you know, Cameron has consistently lived down to my expectations.

I completely agree with Budgie, Cameron and Osborne have failed to get enough past Vince Cable.

Budgie - The vested interests in 'bloated' government have become too powerful and institutionalised to take on, plus their media wing the BBC.