Question Time: Merry Christmas the recession is sort of over edition. 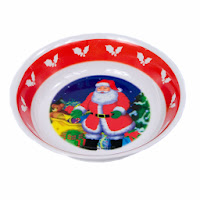 BQ thinks - Autumn statement special
- Pension age raised - has Osborne decided to alienate anyone under 50?
- Roma and Britain and how we should be grateful
- Some cost of living nonesense - its the new NHS question - lets say the £50 off bills
- Briatin growing faster than the rest of the galaxy. Were Ed Balls and Labour wrong all along?
- I don't know -- is it ok to admit to a drug dependency if you keep your stash in a wedding ring box?

MW will add your last win in the update.

Should be back home to watch this one.
Can you believe some idiot has called a conference for 17th December? There is NO BUSIER day. That is the key date coz after that day its too late to do anything about anything except firefighting. If this fool worked for BQ Industries they would be in for a carpeting.. but they are our clients. Morons, obviously. But still clients.

And I forgot its east London. So change Nigela for a Lee Rigby question.

1. Those PISA tests. Are Britain's kids the thickest on the planet? Eeh, when I were lad we didn't have X Factor and the lottery, all we 'ad were Opportunity Knocks and the football pools. And it's a bit unfair basing a test on badly built towers somewhere in North Italy. Bloody Fascists! I tell you, when I were a lad.

2. UK finally signs deal to sell £45 million's worth of pig semen to the Chinese. Should we give Rebeccas Loos an OBE for services to the export industry?

3. £50 of energy bill,s the caring share Tories doing some savage Tory cuts to the cost of living blah-de-blah.

4. Surely we'll have a Romania-Bulgaria question, not even the BBC can ignore that.

5. Tom Daley, is it a coincidence that his name rhymes with "gaily"? Should the UK not be more proud of it gay sportsmen and women, like Robin Cousins and, er, the other one. Not Martina Navratilova, obviously.

To 3., chuck in something about shifting subsidies from onshore to offshore wind farms.

that would be a bit subtle, MW

0. dimbletie to match 'Rodent' Alexander's hair
1. does it really feel like the economy has turned the corner ?
2. what will CGT on johhny foreigner's property investments do for the East End ?
3. is it right to switch green levies to general taxation ?
4. what's with all this religious micro-management - should Moslem preachers be banned and Baptists made to work on Sundays ?
5. what's the world coming to when you've to work till you're 70 ?

1. Isn't it time to hit today's oldsters with some cuts instead of piling it on tomorrow's?
2. Is the £50 fuel rebate another Tory con?
3. Should Britain be open for business with China?
4. Are we meant to admire or censure Nigella for admitting the cocaine?
5. PISA tests: should Michael Gove resign?

Evenin’ all
1. Would you Adam an’ Eve it? They’ve nicked our pensions. Tea leaf.

2. Education malarkey, Pisa and the Olympic Park. Give ‘em a Desmond Tutu or send them to Birmingham.

4. Wonga, Wong, foodbanks. Give us a five finger discount or universal credit, mate.

5. Oh dearie me, why don’t we all live together, Bulgarians too?

2) Autumn statement, didn't buck up the market :( Probably most attention on Pensions ( not that I care I just creep in to the old date - by 3 weeks!!) but life will be forever autumn form here on in.

3) WHY OH WHY the gay promotion videos over Daley - Who really cares that much that it takes 10 minutes of a major evening news broadcast :(

4) Demise of drivers displaying discs ... the end of "shopping your neighbours"?

1. Who thought it was a good idea to let social workers force a Caesarian?
2. Do we want Roma or Romanians in East London? [We should be recruiting Romanian professionals hand over fist - they are great at maths and actually speak good English]
3. Wind, gales, trampolines, climate change. Probably bleeding into an energy subsidy Q
4. And of course Autumn Statement, is it "steady as she goes" or just plain apathy?

oh gawd, is this going to be turned over to a mandela-fest?

can the Beeb restrain themselves ? we know they will be spending five years' worth of licence fee to send every employee with a pulse over to cover the funeral

Just seen it Nick... Sad day, but expected for so long.

The Beeb will, like all other channels, go completely overboard.

For a repeat we will have to wait for the demise of Her majesty.

1. It's the economy, stupid. Can Red (faced) Ed face it?
2. Should pregnant women be drugged and have their baby surgically removed if they annoy the Social Services?
3. Why are we so high in the international education league table when we don't teach our kids the times tables or how to spell?
4. Saint Nelson Mandella dies, BBC heartbroken.
5. Water water everywhere - at least on the East coast. This extreme-weather-event is to punish us for reducing the subsidies for greee-eeen enji.

Thought I'd missed it. But not even started yet.

1. Was Mandela the greatest statesman ever ?
2. Pensions theft.
3. League tables and edukason
4. Fuel bills and green cuts and why this a terrible/good thing

that will probably be it but
5. Steal Hopper's womb snatcher story.

QT finally appeared about midnight.
A pre Mandela edition. And was pretty good. Shame only I saw it.

Dimbtie - Mainly pink with white and yellow.
nearest on the tie was Timbo614 for 1 point.

questions were -
Education league tables
Pensions and working unto death
Is the economy in full recovery?
Tom Daley gay question
Boris 'greed is good' speech, which seems a long time ago now.

Winner is Timbo614 who now has the difficult task of deciding on who replaces Ed Balls as Shadow Chancer?

This is now the autumn season break.
No Qt until next year.

"kudos" (whatever they are) to MW for going with plain black tie @ 7:29 pm, that's errr, well spooky

ND, I saw the Mandela posters in Leicester Sq on the way home and guessed they were either for a new film or for a memorial service.

interesting, I thought the announcement was later than that

Arse - blinkin works' chrimbo do. Would never have got the Tom Daley Q tho, geez - what's the answer? 'I still don't give a toss' hmm.

Ho, Ho, Ho :)
Just crept on the leader board on the last day!

Ed - leave him where he is - his shovel seems big enough, the hole is getting deeper. I "listened" to the "response" on LBC actually, until James O'Brien, cut it off with something like "I'm in danger of giving you all too much of a good thing" :)

It was a disgrace to the house if ever I heard one - and people want these overgrown schoolboys in charge :(

DTP - and yet two qt regular posters DID get the Daley question! I'm amazed how often that happens.

Timbo - Glad you are in the LBC fold.
The House was unbearable for Balls. And worse, Guido reports the Treasury took the journos out of the gallery to brief them during Balls' train wreck.