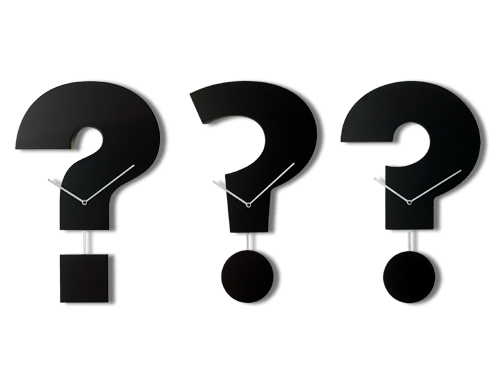 No room for Sturgeon?

Difficult with the Scots Independence debate still ongoing. Sometimes these Tartan QTs are the best of the series. Anyway ..  lets see if Dimbleby will continue with his Grand Old Duke role. He bossed the battlefield last week. Retrieving fallen Colours and checking sneaky flankers. For the last few season's the old warhorse has been content to snooze by the cannon. Something has woken him up! New contract? Dan Snow looking for work?


Scoring.
2 pt for a correct guess of the colour or pattern of Dimbleby's tie.{before 10pm} 2 pt for an accurate spot for each of the question asked 2 pt for being the sole entrant to correctly predict a question asked
1 arbitrary point for any partially correct questions, witty phrases, spotting the soundbite, joke, tweet or posting in the comments first.
And the league table will be winner = 1pt
Everyone else - Zero.
Twitter- its often better than the actual show. And its jammed full of  earnest political studies university students and their mickey taking History and English taking friends

1. Are the Liberals a party of pervs and weirdos. no ..its a serious question. its not necessarily obvious.

2. The economy has not just turned the corner.Its changed gear too. Is it time to increase spending and benefits?

3. Chancellor's idea for a £7 minimum wage. Because as we know Dundee has the same house prices and COL as Dunstable..{I remember flying to Dundee to tell the lads their pay rises when the min wage came in. never seen such happy chaps. they got about a 25% pay increase. Glasgow increase was minimal. Its why i'm against the minimum wage. The Dundee lads were terrific. No problem recruiting there.}

4. Labour to be the party of government in post break-up Scotland. {odd story really. Labour are desperate to play down independence. Saying there will never be another Tory government in Scotland is likey to encourage independence}

5. Syrian refugees. Dave is right for once. Send money to the camps and do a lot more to make the camps secure and safe. Or find people food/shelter/housing in the region where our £ goes a very long way and not in Brixton where it doesn't.

What's occurring - is that 2 Nats? That can't be right, shirley?

1. Military cuts. Have the government wrecked the armed forces or will the top brass finally decide to trim some senior posts.

2. Rennard & Hancock and the liberals habit of burying news they can't face.

3. police statistics and crime. is crime at its lowest level ever or has someone stolen the files that show it isn't.

4. Economy is on the up. How soon before an interest rate rise chokes it dead.

5. Better off in/out shake it all about

How many Syrians is Scotland going to accept?

How much does it take to bribe a Scottish 17 year old?

How many thistles should there be on a Scottish pound?

Will the Scottish Parliament Building house the Westminster MPs when they return under a climate change project?

Tie: I'd say Rennard Orange as His Lordship does not even have the grace to blush. He is thinking those lucky ladies but I'll plump for purple and green.

1. Will Scotland's Army suffer similar cuts announced today or will it be kept at full strength - just in case!

2. Cowdenbeath shock result? Will UKIP be a narrow second to Labour and is this the end of the LibDems

4. With the so called recovery barely stretching 50 miles from London is Westminster the threat and not independence.

5. And a special Ruth Davidson question. Are you an optimist or merely delusional?

Tie: Robust yet subtle, with a hint of garlic.

1. Savage Tory cuts proved to have worked! Tories were right! See also: Obsorne is still ramping up debt in a Keynesian fashion! Keynes was right!

2. Syrian refugees. Does Scotland fancy taking a few boatloads of them? And would the refugees accept?

4. Will Scotland get to keep its oil revenues and/or lose the Barnett Formuola money (interestingly, the two cancel out).

5. Is Alastair Darling doing a good job for the Unionist campaign or is he too quiet?

1. Would an independent Scotland share in the current economic "recovery"?
2. Has Clegg set back women's rights a decade?
3. Plenty of space in Scotland for Syria refugees, but would they cope with the cold?
4. Should independent Scotland invite tax-dodging Google, Microsoft, Amazon to set up shop there?
5. Random guess: why can't the UK teach maths as well as Singapore?

I know what you mean about Dimbleby. A few years ago the Beeb shoved a rocket up the previously dour Lineker's arse and he's been painfully effervescent ever since

(0) predominantly blue tie
(1) Bank of E being willing to underwrite Scottish debt, what does it mean? a Scottish poond ? game-set-and-match to Salmond ? kick in the crutch for Salmond ? etc etc
(2) Ukraine - how could anyone want to join the EU so much they'd burn their own house down ? ffs
(3) OK, Syria I suppose
(4) official statistics (police, NHS, tractor production etc etc) - all dross ?

1) Are the Liberal Democrats an unrepresentative party of leches, liars and crooks, or are they just its natural constituency? *arf* *quack* *honk*

2) Are the unrepresentative spivs, poshos and Aussie election strategists in the Tory party worth sticking after all, just so long as they keep the moola coming in? (... just don't mention the money supply and still gargantuan government spending... Sshhh!)

3) Pets with passports. Check. Votes for 18 year-olds. Check. Labour are floating the idea of votes for 16 years, but why would anyone pay attention to these charletans when the real Monster Raving Loony Party are still in business?

4) What price Scottish "independence"? ... About 500 quid according to a BBC report I read earlier in the week.

5) Masochism about Western response to civil war in Syria. Are we doing enough? Could we do more? Is there anything we can do?

2) Should the Tories drop austerity now that the country is benefitting from the GLOBAL economic recovery ?

1. Has England worked out what it is going to do when the Scots vote for independence?

2. Lord "Touchy" Rennard and plain Mr Handycock - have the Liberal Gropycrats done for Clegg in Scotland?

3. Can Scotland put up with Patience Cameron and Impatience Carney in charge of their tartan poond?

4. NHS waiting lists - would the Scottish NHS descend to the depths of fiddling the figures?

5. Does Margaret Hodge scare off foreign investors as much as she scares off the natives?

1. Has austerity worked for Scotland as well as England?
2. Should we condemn or excuse Sid the Sexist back in 1970.
3. Should the Iranians be part of the Syrian solution?
4. Something about the health service / Tory cuts, etc.
5. Would independent Scotland collect more or less tax revenue from Google, Amazon, etc.

1. Has austerity worked for Scotland as well as England?
2. Should we condemn or excuse Sid the Sexist back in 1970.
3. Should the Iranians be part of the Syrian solution?
4. Something about the health service / Tory cuts, etc.
5. Would independent Scotland collect more or less tax revenue from Google, Amazon, etc.

5) Is Farage a ditherer too? Given today's "change of heart" about the 2010 manifesto

Tie Black!! with indiscernible red stuff...(Bit late but have not seen any trailers).

"5) Is Farage a ditherer too? Given today's "change of heart" about the 2010 manifesto"

He's just given me an alibi, I personally wrote about a quarter of the UKIP 2010 manifesto (the good bits). I don't remember putting in anything about gays causing floods, that came afterwards.

First question - Would Scotland be better or worse off as an independent Scotland?

Q3: Are UK government's changes to the welfare benefits system setting the poor free from dependence or punishing them?

Q4: Can small and medium sized private businesses afford a 10% rise in the minimum wage?

Q5: What happens after Scotland votes no?

Dimbleby was still pretty on the ball. keeping the ammo coming. Especially at the end.

Mark Wadsworth - 3 {I'd forgotten you were a big UKIP man. Any thoughts on returning now they seem to be on the rise?}

EK - its 'patchy' global. With Europe doing badly.Any UK + should be seen against that . Our usual trading partners are in a slump.

tie winner was Miss Measured again.
But overall winner was Me! Who's price is to go to bed - goodnight

BQ - I agree with you on the recovery. The BBC seems to think otherwise. Robert Peston kept saying 'global recovery' in his report.

BQ: "Any thoughts on returning now they seem to be on the rise?"

Certainly not, they have turned into an embarrassment and a parody of themselves.

Hello there, just was alert to your weblog via Google, and located that it is really informative. I will be grateful when you continue this in future. Many other people will probably be benefited from your writing. Cheers! -
autoacross |

Keep up your good work With, I would come back to you.
v-travelled.com |

You actually make it seem so easy with your presentation but I find this topic to be really something which I think I would never understand. It seems too complicated and very broad for me. I am looking forward for your next post, I will try to get the hang of it!
www.aspex-tec.co.uk |