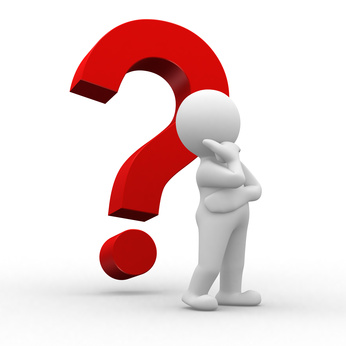 David Dimbleby presents Question Time from Gillingham in Kent.
On the panel are skills and enterprise minister Matthew Hancock 'not the gropey one - the other one.' MP,
former culture secretary Tessa 'what's a mortgage?' Jowell MP,
DisRespect MP George ' Putin is a liberal' Galloway,
historian David ' Tudor' Starkey and this week's 'who?'
economist Professor Alison Wolf of King's College London.

Plenty in the news this week.
Go with -
1. 10 hour days for schools. Gove wants to end the NUT's Berlin wall by thermonuclear methods
2. Women on the bench. How many 'token' women in a donut picture is enough? More than 1, obviously.
3. Did Gove boot out the Quango super trougher because she was - A} A Woman, or- B} A Labour woman, or C} Not doing what he wanted?
4. Are the Russian winter olympics the gayest olympics ever? - Over to George..
5. Last week Ed Miliband pointed out it was raining. This week ..its still raining! Should the PM resign?

Wolf: "In her book… she questioned the widespread view that higher public expenditure on education would increase economic growth." (WKPD)

(0) very sombre colours indeed
(1) rain / floods, and do we want to hear Prince Charles opinions on the Environment Agency?
(2) are we coming to the end of the Savile hysteria? (Beeb will surely hope so)
(3) FGM - why 0 prosecutions, oh-whatever-can-we-do, etc (blindingly obvious but no-one dares: let's see what George says)
(4) 5p on a carrier bag? whoever supports an idea like that? (errr ... ahem)
(5) jobs for the political girls & boys - Quango jobs, no less!

Could be good for a change! (I'm sure that's just optimism playing the better of me).

Dinmbletie: a dark hue to encapsulate the full moroseness of the dampness.

2) Floods - strategic infrastructure &/or building on frickking flood plaines - what's to do? (prob an opportunity for someone to shoehorn man made climate change)

3) Olympics - is it right that a sovereign country hasn't made Peter Tatchell their Lawgiver, Tribunate, Vanguard, etc etc and how can it be justifiable in this day and age for people not really to give a toss about random gay rights?

4) OFSTED and the failure to make all Labour appointees permanent.

I have to be quick as people to dinner.

3. Muslims and extremists …has to be with George there to lap it up and David to say how it will be remembered.

4. Education and quangos. Go Gove. I back him all the way. In fact mr m is picking up litter as I speak.

5. Forlorn hope for FGM; it is so personal and grotesque. 140m women affected as mothers sanction GBH to gain the approval of men.

1. Sochi Olympics: is anyone surprised at the positively Soviet quality of building and customer service?
2. Why do we let the governments stuff quangos with their buddies?
3. Should public service employees be allowed to strike?
4. Floods and storms must be due to climate change, time to move to solar and wind power.
5. Is the process the punishment for Saville hysteria victims?

1- Would a solution to many present issues be to allow Charles Windsor to rule as King James VIII of Scotland?

2- Did the Mary Rose sink because of the medieval global warming period floods?

3- The siege of Aleppo continues. Should the Frankish forces impose their will over the Caliphate or allow the Moors to buy holy weapons from the Tartars?

4. Essential peasant strikes. Would lopping off heads make the trains run on time?

5. If a king has 6 wives must he also appoint six more maidens to ensure sexual equality an his counsels?

1. Is it time for a Denis Howell-like minister for bad weather?
2. Are right to call for a boycott of the Winter Olympics or should we keep politics out of sport?
3. Gove and Quango placement, and what happened to the bonfire of?
4. Is the tube an essential service?
5. Has Dave lost the women's vote?

Well the sun has finally come out in sunny Aberystwyth and am enjoying am ice-cream and a stroll on the prom. It must be that long-term economic plan that done it.

But back to the issues at hand.

Education: Is the only way to improve education to charge more? Or get rid of Gove.

Politics: Is it a man's world?

Investment: Are rooftop solar panels the road to riches?

Immigration: How many more car washes do there need to be before Romania is empty?

Transport: Was the tube strike a success and should the RMT crowe about it

Was down the garden centre today - they're have a special on water features for your garden. It's called a high-capacity pump.

1. Gove (who appears to be doing a good job despite he lacks tact) chucking out that Labour luvvie, cue long answer from A Wolf, who is big in education reform, quite a sensible lady etc.

2. TfL strike, back to the 1970s, world comes to an end, why does union fat cat Brazil Beach Bob Crow keep 1,400 families out of a council house? He only pays about £100,000 a year in tax and rent, nowhere near enough to pay for another council house to be built. Why didn't he do Right To Buy then he wouldn't be a burden on the taxpayer?

3. Is it still raining? Turns out that the EA only spend 2% of their budget on dredging, says J Redwood. How about re-wilding instead of paying farmers to cut down trees? Back during WW2 they managed to dig a whole new river, why can't we do that now?

4. Starkey, you're gay, will you be going to the Sochi-alist Olympics?

5. Lloyds PPI payments, is this just a government sponsored scam to prop up consumer spending?

1. Plebgate (cont to 2094)
2. Floods of tears from Cameron for floods victims (please forget that the Environment Agency is run by green loonies).
3. Are actors a menace to women, or are women a menace to actors?
4. Winter Olympics: no winter; no gays; plenty Putin?
5. Fat and on holiday - Crowe's strike for fame in London?

Not really watching but I have it on listen.

Dimbletie sounds quite green? Someone will tell me.

Q1. In wake of two actors being cleared of sex abuse charges, should accused be given anonymity in future?

Q2. Something about public/private schools.
I went to both. So I'm an expert. As long as we are talking about going to school back in the 80s.

Q3: Should workers in essential services be refused the right to strike?

Q4 - Something about equality and how many women is not enough.

it was a terrible show. Don't put two super opinionateds on the same bill. It fails.

Scores -
Dissemble was blue and black.

BQ - 4
Dearime- She was the best thing on the show. Should invite her back - the others - meaaagh!

odd questions again- Corrie spoiled it. I last saw coronation Street when I was at college. It was Ken and Deirdre's{?] split.

Winner was sun drenched Taff with 6.
prize is to decide if tube workers qualify as 'essential workers'. And if they do, do ticket collectors?

Nuclear War Jobs - In the event of a nuclear war, how far up the queue do you get? I'm serving sandwiches and pointing the way to the bunker - 'it's over there, pet!'

Very interesting article. I would love to read the book “Start with Why”, by Simon Sinek. I think he has taken a great topic to deal with.
www.tour4peace.com |

Your blog is really nice. If I may share some insight, traffic studies on blogs show most people read blogs on Mondays. So it should encourage blogger to write new updates over the weekend primarily.
www.hwisetravel.com |

You may post on the professional credentials for the blog owner. You could express it's outstanding. Your blog experience can springboard your click through.
www.merricktackle.biz |