Its not just the money 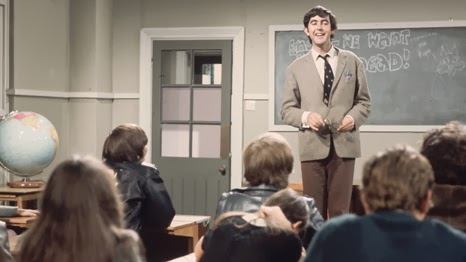 Two children run a race. They start in the same place, but one of the children has the inside lane, and as they circle the track, that advantage opens up a telling gap. Half way round, the child in the lead picks up a straw hat without breaking stride, and puts it on. He crosses the finishing line far ahead of his opponent. The next day’s sports pages are full of analysis of the contest. The advice to the loser, the columnists opine, is obvious: for the next race, he should be sure to get hold of a boater.


And there is much agreement that a lot of children's willingness to learn comes from their parents and that's what makes a good school. Committed parents who , I guess, back what the school does and how it operates. Something we all know already.

In regards to expulsion, if an expelled kid doesn't have another school to go to then they are forced back into the old one. Basically if parents say they can't or won't drive to the next town then their kid gets back in.

This happened multiple times when I was still in school. Every kid that was expelled was back in 2 weeks later but usually kept separate from the general population for a few more weeks. I remember once the head teacher himself ended up tutoring a kid and escorting him around because no other teachers had the time.

That head was a bit of a twat (he had the school buying catering services from a company he partly owned) but I'm sure even he felt powerless about being forced to babysit a student he had expelled.

I don't know who it is that is overriding heads. The council? Child services?

I live in Sevenoaks, Gove has just blocked expanding the Kent grammar schools to Sevenoaks. Purely idoelogical and against the principle he says he is for which is making more schools like Private.

not that I vote tory anyway, never will now even more so. Might stand for UKIP - depends on time available.

The Tories have totally betrayed their suppoters whilst in Government and have not even won any more voters fromt he left which they must have been aiming to do. What a farce.

The only reason that the entire population over 30 isn't cowering under their beds is that they are obviously blissfully ignorant of the lack of discipline in schools.

As long as a child doesn't say anything racist or homophobic, or commit a thoughtcrime, it can say pretty well, and do pretty well, as it likes.

And as for CU's point, I firmly believe that the elite are scared to death of grammar schools. Far better to have the public school elite and then the middle classes in their comprehensives. The proles, of course, can do what they like because it keeps the middle classes on their toes. You can guarantee that the policing in Islington is a darn sight more strict than it is in Sidcup.

When my daughter was ten we compared her State school with a local private school. Buildings surrounded by their own playing fields, their own swimming pool, small classes- still we ignored all these and moved her to the city-centre private school. Its superiority was obvious to her the moment she started there. No more"Oh wonderful work, well done!" instead it was "Nearly right, now try again. dear".

I'd certainly like to know where all this 'extra money' is in private schools.
Playing fields I expect.

my state school had vastly superior chemistry and design labs. there was no technical drawing at my private school at all. At the state school that had been in place for a number of years.

At the private school there were about 4 tennis courts {I never played a single game in 4 years. - Not once could I get a court.}
2 squash courts {same - I was 6th form before I got game.}
A v.good swimming pool and several large and very well maintained cricket/rugby pitches.

Music rooms and instruments were appalling. You had to bring your own. Only pianos {some} were adequate. Photography limited. Drama and art budgets miniscule by state standards. And pupil common rooms dismal ancient affairs. No comfy sofas or IKEA like beanbag chairs. Old fashioned wood chairs that must have given way by now to old fashioned plastic chairs.

To me the money per pupil is a big red herring. I'm sure some schools do spend more than the state average but the average independent school , I would guess, does not.

Incidentaly - I am extremely pleased with our local faith school primary school. Bill Quango jnr - age 5 - went to that school saying F is for dog - eh is for bum etc.
1st term they had him reading.

And last night, as I told him I could not beat the angry levels he wanted me to he said

- perse-evere Dad! .I believe you can - if you persevere."

Top rated ofsted school as are most of the primaries round here.
88%-99% is usual.

Then these same bright, well performing kids, go off to the local comp which scrapes a mid table position nationally.

If people were 'machines' then we would know you need x that can walk, y that can drive and z that can fly planes, and invest in them accordingly. (yes, a bit brave new world)

I would geuss the first 80 years of the last century allowed for a that approach, but it doesn't seem to be working so well now.

Private schools do cost more and do spend more on pupils - at least some of the extra money goes on support on extra-curricular activities - developing the 'whole person' and as that cannot be measured in gcses, that is something that is not a priority in a state school.

The other thing a private school gives is an almost invincible level of belief that things will go right for you eventually - as it has done for all the people who went to the school before you, and all their parents.

According to some studies it is not so much that the parents are willing to pay (or pay by moving to a good catchment area), but more that those parents are smart to begin with, and are then willing to try to buy the spare 40% of performance variability.

I am all for education, but I wonder what education paid for by the state is _for_

The Germans seem to do OK without a large tertiary system.

"Private schools do cost more and do spend more on pupils": even that isn't certain. The figures you see for state schools ignore all the money spent on bureaucracy outside the schools and (I understand) the capital spending. The figures for private schools include the cost of their bureaucrats (much less, no doubt) and capital spending. Add in a correction for the larger proportion of private pupils doing a sixth form, and there may be little in it. (You might have to look at pension contributions too: I don't know.)

My daughter didn't miss the superior premises and class sizes of her State primary: she settled for the one tarmac netball court of her new private school, because they were evidently keen on education. She found it a pleasure to be among a bunch of bright girls her own age instead of in a mix of bright, dull and stupid spread across a two year age range. (That's how the State school arranged their classes, without any rational excuse. How on earth can it make sense to teach a stupid five year and a bright six year old in the same class when you have a choice in the matter? Bananas!)

The report that Andrew linked to includes "Across all subjects, inherited ability accounted for around 58 per cent of the variance in scores, while “shared environment” such as the school accounted for about 36 per cent." Not very likely, I suspect: it's more likely that 58% is 'explained' (in the statistical sense) by inheritance, and the rest is caused by God Knows What - school, random mutations, environment in the womb, sheer noise on the signal, and any-old-thing that doesn't fall in the class of "inherited ability".

Wife and I decide to forgo new cars, holidays, a pension and send both sprogs to private school. Result was an accountant and a (female) science PhD. Feel that the investment was worthwhile. We're broke though.

The reason for deciding to do this was not some radical political stance but rather the more mundane insight that comes from having a sister who was an Ofstead inspector. Word to the wise etc..

We visit her in her second home in France which she bought with the early retirement pay-off and the excellent indexed pension she has.

The reverse is the truth.

I was taking to a teacher about the UK education only the other week, having taught elsewhere in Europe she was pretty despondent at what she sees on a daily basis.

The good teachers have their hands tied by the Government, the bad ones are protected by the unions and the method of dumping a load of skills ranges together is failing. There are kids leaving school who cannot do simple addition without a calculator.

Quite how they're expected to operate in the real world, beyond figuring how to screw the benefits system, is beyond me.

The first thing a teacher up north has to do is learn, so they know what is being said to them and express the swear words in about 6 languages.

The problem with many state schools is that the teachers are having to give so much time to controlling misbehaviour.

When discipline is enforced some slapper tears up the drive-way with a fag in her mouth to swear at the head.

This simply doesn't happen at selective schools where the parents care enough to get their kids through the exams and interviews.

@ek, I think you might find that bad behavior happens in selective schools too, just that the others parties are too well behaved to talk about it :)

Welcome to the new underclass - William Burroughs would be delighted.

Is there any point to boosting all state school's performance to independent sector levels? The useful job market is increasingly limited to the more intelligent and energetic children, the rest just don't have the ability and will be left behind whatever we do.

Overseas I see children diligently learning, not especially because the schools discipline them but because everyone believes becoming an engineer or a doctor will get them a good lifestyle. Most never actually achieve that goal. Back here that belief that education will boost their chances is present among the middle classes - but lower down a feeling of hopelessness and rebellion seems to prevail, they know it is a waste of time.

All a bit depressing on here.

It isn't that bad. MOST children do achieve. The numbers who fail completely are low. Under 10%, which is usual.

And that crappy school that is local to me? All my office people sent their children their.

That only leaves 2 in work that is not a profession.

All middle class parents, needless to say. In very ordinary, everyday jobs. Husbands skilled - semi skilled. No bankers wives and such or they wouldn't be in the BQ offices in the first place.

The majority praise that school, even though it only achieves a 50% 5 GCSE pass rate, which at an Independent school would be special measures time.

So, parent power does seem to make a difference.
{Ms Quango - about to go to that school has tutoring already.}

I think private schools keep their costs down by paying the teachers less, and the pay off for teachers is less stress, less rigid attitude to how children should be taught, smaller classes, better discipline and longer breaks.