"Picking Winners": We Shall All Lose

As we identified when the Energy Bill - now Energy Act 2013 - was first published, it was drafted by Sir Humphrey to give Whitehall total control of the electricity sector, investment by investment, decision by decision.  We already see some of the hilarious consequences, for example as the owners of coal-fired Eggborough power station now enlist the unions involved to lobby and wheedle for the same outrageously generous terms granted to Drax for conversion to wood-burning.  As usual, their PR advisers have told them to mention the magic words "potential Chinese investors", but to no avail.   Tough titty, fellahs - this is dirigisme in action, and Sir Humphrey the minister will decide. 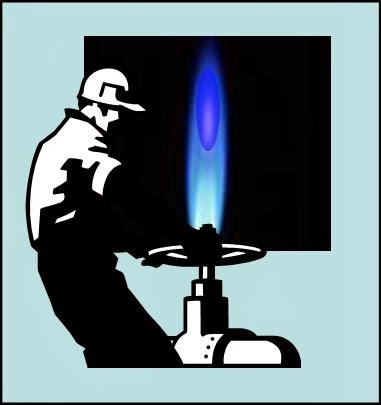 Unless someone gets a grip and repeals the 2013 Act - dream on - we are set for years of this nonsense.  Shortly someone will notice that not a single private investment pound will be forthcoming unless it is guaranteed some ridiculously high rate of return, covenant to be written in the blood of the monarch etc etc.  (Suggestion to subsidy-seekers: why not ask for 'cashback' too?!)  The EC will then politely observe that this is illegal under EU low on State Aid, and nothing whatever will get done.

I had fondly hoped this game would be restricted to the electricity sector because gas, like oil, is too much of a global market to be interfered with.  Early signs that I was wrong came with Osborne giving tax breaks to the comfortably-financed and extremely eager shale-drilling industry (what a stupid little git he is).  Now Ed Davey has written a monstrous "letter to energy regulators" suggesting strongly to them that, inter alia, they may like to consider raising a hue and cry over the gas sector.


"As we discussed it is vital that your work is clearly independent and I want to reiterate that I want you to feel that you can recommend any one of a range of things ranging from no action to a full market investigation reference ... However I want to reiterate that there are areas which I am particularly keen you focus on ...  analysis of the profit margins of the energy companies shows that the average profit margin for gas is around three times that of electricity ... Clearly you will wish to consider whether this is prima facie evidence of an issue in the market and so whether it merits a market investigation reference with the whole gamut of potential remedies that could follow including a break up of any companies found to have monopoly power to the detriment of the consumer. Alternatively you may of course conclude that no action is needed or potentially some intermediate measure which can be taken by the sector regulator ... My officials would be happy to discuss any of these points further if you wish as you develop your analysis and thoughts."

We need be in no doubt what'll happen in the event they obligingly, 'independently' get his drift.  Sir Humphrey is wetting himself at the thought of the new powers he'll be introducing for his personal amusement in the years to come.  Who needs a socialist government when idiots like Davey and Osborne are at the wheel ?

Email ThisBlogThis!Share to TwitterShare to FacebookShare to Pinterest
Labels: Drax, Energy and Industry, Politicians at work

Isn't this just more evidence of the fascist mentality that now pervades all areas of government and large private industrial organisations?

John in Cheshire: the veneer has fallen off so what we now see is perhaps always been, but it is just a little more naked to the eye.

I tend these days not to worry about labels, fascist socialist - they are often a distraction people like to fight over when the real issue is power and its abuse. I tend to label it under corporatist. Or as has been said elsewhere:
crony capitalism = ¬(capitalism)

"Who needs a socialist government when idiots like Davey and Osborne are at the wheel ?"

The Tories need to be making some serious pro-market noises to convince me that it's worth going out to vote in 2015 at all.

As far as I can recall, it goes something like this:

The Communists/Socialists directly control ownership and the means of production(including labour).

The National Socialists co-opt the owners and the means of production(including organised labour/trade unions) and control without having to nationalise(there is a Hitler quote on this somewhere).

Fascists(Mussolini)came up with the 'corporate state.'

We now have the globalist and EU dimension to add to the mix. Not quite sure what to call it but it all adds up to a new 'ism' which isn't an idealist's view of a properly functioning national (representative) democracy.