Maria did not make it... but is graft endemic? 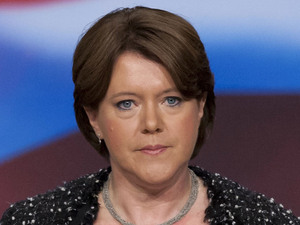 Inevitable - will be interesting to see though whether it has any wider effects on MP's and their expenses claims. If only they cold be more honest in their needs...yet somehow we have a bunch of politicians who are mired in their own greed.

One question for readers. My take is that since the financial crisis the level of graft in the UK has increased exponentially. There are bribes and gifts and all sorts that goes on - more so than was the case in the 1990's and early 2000's. There are some obvious reasons for this, in that with less money around people are using what power and positions they have to personally enrich themselves where possible.

But am I being too conservative and harking back to an era which never existed. Instead is it just that now I am older and more connected I see the graft that before we invisible when working at lowlier levels in organisations?

That's two questions, the answer to both of which is 'yes'.

Have standards fallen - yes, if nothing else the ignomy of being caught hardly registers any more, it is no longer social "death".

Was there a golden age - yes and no, there was greater honesty even if that was informed by a more pervasive public morality and not being seen to be corrupt. The kickbacks in the UK have until now always been the softer reward of sinecures and revolving door of regulation and commerce. I think the nature of it has changed. It is always amusing when I am meeting clients in Africa they think the UK doesnt have corruption - as I tell them it just takes very different forms.

I would date the upsurge from the blatancy of the Blair years where control of the press made things easier. A fish rots from the head... its jst we cant seem to decapitate this one.

I also of the view that once bankers and hedgies were exposed as totally without morals, along with the police and media, it has become more of a case of 'well, everyone's at it.'

I'm still puzzled that Ed Balls and his wifelet Pixie got off with their abuse of public money. They, as government ministers, with children at day schools, had an expensive house in London. They also had a cheap house in t'North, well placed for their constituencies. Remarkably they got off with claiming that the London house was their "second home", so that we all had to pay for the expensive one rather than the cheap one. Obviously quite improper: why in the Lord's name is it viewed as kosher?

I am not sure. rather than saying standards are rising or falling, would say they are changing.

insider trading wasn't a crime as such before the big bang.

MPs used to get away with just about anything

I look at this more as a generational transition. my dad saw little morally wrong with drink driving and that was a common attitude amongst his generation.
most people my age wouldn't ever.

corruption bothers me more than most things: if the courts are for sale, how is an honest man to sleep at night ?

it is undoubtedly correct to say that GB has almost none of the "need a bit-o'-dash before i do anyt'ing for you" graft, and IIRC we came bottom of that league in a recent Euro-survey - the only country where no-one surveyed had ever paid something to a civil servant to get something done routinely

(though it is to be imagined that if you carefully surveyed, say, Tower Hamlets, you might find it is on the rise - coming in with the TB etc)

but there has long been a pretty cash-based cronyism in, for example, the building trade: there is many a council officer that has lined his pocket for assistance with planning consent etc

the really famous cases of my youth - Poulson et al - were just the egregious ones that got caught: I have a bit of a window on the W.Midlands building industry and it was not pretty

I'd say the financial crisis has made things worse because it has become clear that no-one goes to gaol, whatever they do

Its impossible for an honest man to stay the right side of the 'law' nowadays because so much has been made a crime (cue Ayn Rand quote). Thus if you are already breaking the law in many silly little ways just to get by, why worry about a few more serious ones?

Plus we see the law is applied in utterly random ways, often depending on what the colour of your skin is, or your religion, and whether you are male or female, gay or straight. Thus respect for the rule of law is pretty much zero and its a free for all. People have seen behind the curtain regarding the law, and realised its not some impartial arbiter of morality applied equally to all, more its just a tool of social control applied by those in power for their own ends.

I wouldn't use the term "graft", but the free market has been distorted such that people with little talent can prosper by gaming the system. This is not the same as outright corruption.

I don't think I've seen any corruption in local government regulation. It's just lethargic, boring and badly managed in the main.

There's generally a kind of self-selecting cohort of like-minded folk that run things in the public sector. I'm not sure they are very corrupt, but I think a lot of them actually believe their own bs.

What I do tend to find is that the climbers and self-selecting experts in the public sector got there by networking skills, not through expertise, competence or negotiation skills.

So what often looks like a stitch up might just be good old fashioned regulatory capture, i.e. the regulators have been out-negotiated by the folk they are supposed to regulate and don't even realise it.

I am appalled by the number of 'in people' who appear to have many 'official ' positions that may have a little direct payment but lots of goodies. There are many particularly local government who have lucrative appointments after so called 'redundancy'.
Our police commissioner with his hire car charges was a good example.
I thought the North East was dodgy but the North West does not appear any different.