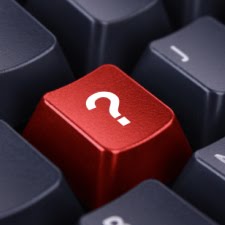 No idea who any of those people are and I work with some of them!

The ever tricky Question Time Welsh regional edition. A chance for the locals to get some issues off their chests. Plus its usually the most socialist of the sessions - so best of luck!

BQ expects
- The Queens speech and the plastic bag tax.Smugly as the Welsh already imposedhave this pointless cost burden.
- Fracking under your house. The homeowner does not own the land 1 mile underneath their house? Who knew? Apart from everybody!
- Newark-UKIP must be some anti-UKIP/UKIP are racist bigots questions. Make it a whole month of attacks from QT that way.
- Gove-May. Extremism in schools or a leadership bid?
- Possibly that Race Track that no-one is going to go to. Hardly Monaco is it? And if the Valley gets a grant for a race track why can't Silverstone have cash for a facelift?

1) Is Theresa 'nasty party' May a credible Tory leader?

2) Should we abolish Parliament? It doesn't seem to be doing a lot, and most of our laws are made by the EU anyway...

3) How much will UKIP eat into the Tory majority in Newark? What does this say about Cameron's leadership?

4) Given that Wales leads the world with stupid taxes (they were there first with the plastic bag thing), should Westminster not be following their example in other areas of the economy...*cough*...

5) Will it end the Union if England win the World Cup?

1. Will Newark show UKIP as just a flash in the pan?
2. Are all the NHS screw-ups just because we're not giving them enough money?
3. What lessons does the Scottish referendum debate have for Wales? ("be smarter than Alex Salmond" might be a good start for Plaid)
4. Is it ever a good idea to trade terrorists for hostages?
5. Will fracking be the new coal mining for Wales?

1. Pension changes - a good idea?
2. Extremism in schools . Are Academies a terrible terrible idea?
3. NHS - why is Wales under Labour failing? + The baby blood story.
4 - Was Miliband right - a zombie government.
5 - Clegg / Cable and the beer that fooled no one. This never came us last week. Those damned Hong Kong betting gangs ruining all international sporting events.

1. Football. Should Qatar be retained as a venue for the World Cup?

2. Secret trials. Will they be a stitch up? Who’s to know.

3. How dare the EU criticise us.

4. A WW1 question.. how old do you have to be to be pushed out an airplane?

5. Education and apostasy. How do we protect children from Welsh educational standards?

Evening. Just a fleeting visit as I've lost a bull somewhere and they've called to say I have to go and get it.

Tie - Reds and green of course.

Tie: red 'n green
1. Is it racist to promote British values in schools?
2. What happens to Welsh devolution if the UK breaks up?
3. Sanctions on Russia. Are we really serious?
4. What great novel will come out of the fracking industry?
5. D-day/greatest generation.

Do we get a point just for tunring up? Ffs - it had to be in Newark - this is bad QT.

Q1: Why do NHS patients in Wales get a second class service compared to England?

Q2: This week the European Commission criticised Britain’s council tax system. Is the further evidence that the EU is too interfering?

Q3: Given the allegations of corruption in relation to the 2022 world cup bid, should Qatar be allowed to host the competition

Q4: When considering the Welsh Assembly’s poor track record, is it wise they may now be offered further powers by Westminster?

Q5: Is it right to exchange prisoners with the Taliban or any terrorist group?

Not bad at all for the lowest audience show of the series. And dimby zipped along. No UKIP to distract him.

winners are Measured and Dick the Prick on a Question Time special.

Whoo hoo. I usually get the panel in the morning and then casually scribble notes down in the aft, maybe ask work chums yet yesterday - nothing, couldn't think of a thing with question to colleagues being 'bet you've never heard of any of these chumps'. Well done measured and cheers Bill.

Forgot your initials there DTP
7 for you, as you spotted.

Isabel Hardman and the businessman Nev Wilshire,were both good.

It is, as you say BQ, the worst kind of gesture politics. It happens only because the 600+ MPs at Westminster no longer have any real power or responsibility, that having been handed over to the EU, Bank of England, US govt (foreign policy), etc. Since they won't do nothing they have to invent gestures like making slavery illegal or the plastic bag tax. Pathetic.

It had to be in Newark though. I thought that's what the 10:30 slot on a Thursday was all about :-) I genuinely adore Thursdays purely because of elections and yet Wales?

There are problems with BBC editorial staff and, well, that was shit. There genuinely were 642 pairs of eyes watching. What kind of idiot runs away from the only show in town?