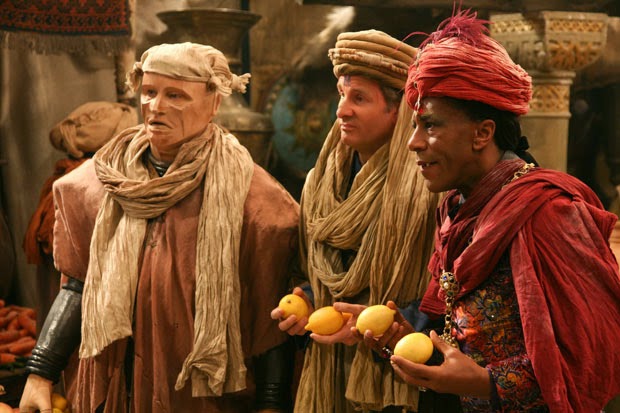 The plastic bag tax is a tax on a problem that has long since disappeared. Its a policy plucked from the bottom of the box of easy to introduce, cheap, sounds good when you say it, niggley but not vote losing, time wasting bills that governments dig around in when they have no ideas left.

Whatever..its a stupid idea. An annoying imposition that raises a bit than more bugger all in tax and achieves a littleless than bugger all too.

When CU was a whippersnapper, fresh from university, he worked for one of the pioneering green, recyclable manufacturing plastics  companies just then setting up in the Eurozone.
And, as he tells it, no one was remotely interested.
Not supermarkets. Not governments. Not business. Not manufacturers. Nor shipping, waste management, factories, household, leisure, transport .. No one wanted to try and sell £5 rolls of bin bags when a bin bag roll retail price was just .75p.
No shops wanted to INCREASE their own cost of carrier bags that they were giving away free from 0.06p to 16p.

Only Hippies and green politicians were impressed. And they weren't that impressed.

Move on 15-20  years and its a different story.
Recycling is the norm. Its the law! Its drummed into every toddler by the eco-school teachers.

The big corporations, coming under threat from their customers  about causing melting ice-caps, or the coming ice-age, or ozone ending callousness decided to think again and embrace green ideas. At first in spin. Then in practice too. Because they discovered that amazingly there was money in it!

The prosperity of the 1990's allowed the 'organic' 'fair-trade' 'offsetting carbon footprints' and 'handcrafted' markets to flourish.
It was a boom and people felt happy spending a little of their wealth to assuage some of the guilt for being a first world consumer and earning more in a day's house price rise than a Guatemalan would in a year.. A Sting CD was a small price to pay for a new CD player. A jar of foul tasting coffee a small price to pay for a guilt free new espresso machine for one.
These were the Blair years- The anti-Thatcherite 'caring' Nineties and Millennium were all the rage.
Time to feel good about yourself. But not too good.

If Organic foods and carbon offsets have largely been eradicated by the long, long recession and the unfriendly face of realism, the attitudes the boom times fostered have remained.

For instance, the plastic bags themselves.
These are no longer the mighty heavy plastic heavyweights that you could hang a hoover on the back of your door hook with. The 20 micron bags that you actually had to use force to fold. These are flimsy constructs that barely make it from the trolley to the car boot.
Bags are made from 100% or very near 100% recyclable materials now.
The 1000 year bag, always a bit of a dubious claim, is even more unlikely now. A bag in your cupboard falls apart all by itself over a fairly short time.

Boxes are not wrapped in plastic before delivery to the supermarket. If you've seen a delivery being unloaded then you've seen the very small amounts of plack-wrap used today. Less packaging all round. The oil price, so the plastics price, and the profits squeeze has already made businesses  reduce any costs all along the line.
The plastic sheeting that was seen all over the countryside stuck in trees and hedges is also largely absent. I don't know what farmers use now but they too must have been affected by the same market forces and sought alternatives.

Reusable bags for life or clip-on bags are available everywhere. In fashionable designs and colours instead of the drab oatmeal smug piousness of the originals. They can be found nestling in the back of any vehicle you care you care to look in. Plastic bag holders are available on key chains. In umbrella handles. In purses, etc.

And, if anyone still goes to shops, you will notice that a plastic bag is no longer automatically offered.
In the old days a store bag was
1} for advertising. So dishing out as many  as possible was encouraged by bosses
and
2} a visual security check. Anyone leaving with items not in a bag was unlikely to have paid for those items.

But today the usual question is " Do you need/require a bag today?" - The inference clearly being that you don't.

We at BQi  purchased a load of bags 8 years ago when our supplier went bust. I estimated that quantity should last us 2 years.. We still have around 20% of them left, eight years on. Because bag usage has collapsed.
Its the customer who decides if they want a bag and if they don't, which is the norm, then they say so.


"Sainsbury’s says it has seen the use of free carrier bags drop significantly in the last six months, in favour of longer-life, re-usable bags.
Use of disposable bags has dropped by 10% compared with last year, while sales of re-usable bags have soared by 44%."
That was from 2007.


So this tax is going to fall squarely on the people who are buying goods for which there is a need for a bag.

Its a stupid tax. A petty, pathetic tax that tries to address a problem that has long been solved.
Solved mostly by consumers, environmental pressure, market forces and best practice.

Politicians wade in.. 15 years too late..

Which is a shame for the young CityUnslicker. He could have been a multi-multi millionaire by now if the politicians had got their act together when it actually mattered.

"the unfriendly face of realism"

As you say, the greenies hated my eco bags becuase they were disposable and they think nothign should ever be thrown away.

they also think nothing should ever be made. Greenies are impossible to please and should be ignored at all times about everything.

A campaign was made of this issue by the Daily Mail and they are claiming the credit for this move. The same as with their Stephen Lawrence campaign and their most recent anti Farage campaign.

It's the 'we're not nasty at the Daily Mail thing.'

Plastic bags were never the issue anyway. ALL litter was - and remains - the issue. There is - according to Disney films - a plastic bag Island somewhere in the ocean.

Plastic bags have become the bad boys because they float and can be seen. But any snorkeler (such as myself - I don't like showing my body on the beach) will tell you that the seabed is clogged up with all sorts of detritus.

The other day I caught a kid shoving one of those cheese dipper pots down a rainwater drain with her heel - rather than use a bin. Sweet wrappers festoon every bush, tree, park beach in our town.

It is a kid thing largely - but then I'd go up to young adults as well with their drunken littering of kebab cartons, McDonald's, beer cans and the like.

It's a minority thing and, yet again, it's the majority being made to pay for the crimes of the few. Because that's what non-judgmental western governments do these days. Make criminals of everyone rather than judge and punish those individuals who commit the crime.

The only thing where they'll really come down hard on an individual is someone using the 'N' word. Except for an N using it against another N. That's OK apparently.

Everything else - be it knife crime, terrorism, theft, credit card fraud... ends up with everyone being frisked - including the sweetest of old grannies.

And dare a copper arrest someone for littering. It ends up in The Sun with some trollope bewailing "I got busted for dropping a fag butt." and cries of "Haven't the police anything better to do ?"

If you are a carpenter you will see the solution to every problem being a hammer and a nail.

If you are a politician then your solution for every problem is more tax and more politics.

As an ex copper I see the solution as being beat policing and some real prosecutions and hefty fines for littering which is a real plague on our society.

Fining EVERYONE for using plastic bags is just wrong.

Last I heard, plastic bags do not decompose and are not recyclable.

They just fall apart into a plastic mush, that stays a platic mush forever.

Or at least until a plastic eating bug evolves, whereupon we're all in the shit.

John - I wonder what Worther's Originals packets are made of. Whatever litter those pensioners are dropping seemed to biodegrade really quickly.

The BBC would have it that 'everyone' drops litter.

Well if that were really true we'd be literally knee deep in the stuff.

IKEA bags just disintegrate into thousands of tiny pieces if you leave them untouched in the cupboard long enough - say 2 years. The pieces are so light they blow about all over the place and take half a morning to clear up - worse than confetti.

It is, as you say BQ, the worst kind of gesture politics. It happens only because the 600+ MPs at Westminster no longer have any real power or responsibility, that having been handed over to the EU, Bank of England, US govt (foreign policy), etc. Since they won't do nothing they have to invent gestures like making slavery illegal or the plastic bag tax. Pathetic.

"It's a minority thing and, yet again, it's the majority being made to pay for the crimes of the few."

Coming to a road near you soon is the £75 fine. The DVLA are being pressed to release keeper details of cars where the driver / occupant are seen (alleged) to have littered. The line of travel of the argument is since they cannot ID the culprit then the keeper will be liable. So there will be cases where a car will be seized / sold / crushed because a Kevin has thrown out a chip packet.

And these are the lot that we voted for!

Isn't the EU the initiator of this ridiculous imposition? I'm sure I read something quite a while ago that explained the EU are the culprits, our politicians are just the lapdogs who blindly follow their master's instructions, together with a bureaucracy that hates its paymasters; ie us normal people who are forced to fund their outrageous behaviour.

Do you mean this John?

Well this Kevin abhors litter and picks it up when he sees it.

XX it's the majority being made to pay for the crimes of the few.XX

It is called "collective punishment" and, as far as I recall, is illegal under both U.N, and E,U law.

Does not seem to bother them though, does it!