North Korea Wants to be Back in the Spotlight

OK folks, it's hot enough for the Silly Season to be declared open.  Jong-un the wrong 'un has decided North Korea needs to get itself back in the headlines where it belongs and, failing permision from his Chinese friends to pull any more of his 'war on America' stunts, he's decided to go for broke on the tourism front.


North Korean authorities have announced an ambitious development project for the east coast city of Wonsan - an underwater hotel ... local authorities are now in discussions on how to build the hotel. 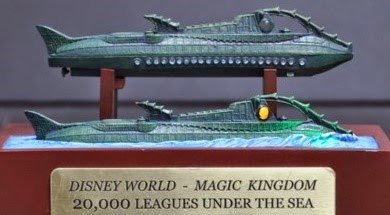 It's easy, chaps. First, Fat-boy inaugurates the project with a little ceremony and tells you to crack on or face the bullet.  Duly motivated, you buy an old Soviet submarine and put in some glass portholes and bunks: they've got one at Disneyland you can copy.  The missile tubes can be converted to dispense cornflakes at the breakfast buffet; and you can charge a premium for beds in the conning tower.

Then sit back and watch the crowds pour in - oh, and you'll need one of those complicated queueing schemes Disney uses to keep the punters happy for an hour or so as they shuffle foward to the magical experience.  Li'l Kim can personally monitor the queue from within, using the periscope.  He will be delighted by how respectful and orderly they are.

I will be happy to knock up a business plan and arrange the finance.  My fee will be strictly hard-currency and payable in advance.

Update:  quite forgotten this until BE reminded me in the comments, but many years ago on another planet I had one of me turns ...

I wanna wake up in a city, that doesn't sleep
And find I’m King of the ’Ill - Kim Jong Il - top of the heap

These running-dog blues,
are melting away
I’ll make a Mangyongbong of it - in old Pyongyang
If I can make it there,
I’ll do it in Kim Il Sung Square
Its up to you - Pyongyang Pyongyang !

Yup, the silly season.  You can google all those crazy names.

It was the headline in the paper, butpushed back online

We had a look at this story in Feb, Hovis

H'apparently whichever the last one was built an exquisite golf course and hotel near Pyongyang. It was (also h'apparently) one of the easier ways for decadent capitalists to get into the country, via a golfing holiday visa.

Hopefully Mr Croydonian will jump in here to fill in the details.

On another planet - What planet was that? One with an eccentric orbit.