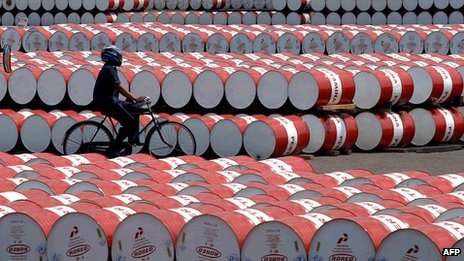 A long time since I put any kind of trading thoughts in a post (given how bad my position were/are, I have no right to comment!).

However, this week there is a nice gimme. Firstly, in an effort to try and keep Iran on side against ISIS the major nations have today extended their talks with them for another 6 months. No agreement could be reached on the nuclear aspirations of Iran, so instead of a reversion to previous stance, another roll of the dice has been agreed.

Next up later this week is an OPEC meeting where Iran and others are keep to try and agree a cut in supplies. Sadly for the cartelistas, but happily for everyone else except rabid Environmentalists, it seems unlikely that much will be achieved.

Firstly, desperate countries like Nigeria and Venezuela have no real room to cut exports as they need the money. Secondly, Saudi Arabia seems quite happy to be able to defeat its enemies by creating excess supply. Russia is selling what it can too and is not even in OPEC.

Rather weirdly for Saudi, but also very handily,  low prices cause:

So, why on earth is Saudi going to agree to any major cut? It isn't.

Instead the fall out from today's standstill agreement with Iran and also Thursday non-agreement with OPEC is going to see the Brent and WTI lose another 10% this week in pricing as they head down to the low $60's per barrel.
Posted by CityUnslicker

Bit of a shame then, really, that I think one of the many fraudulent justifications given for our insane energy "policy" was that by now, oil prices would be $150 a barrel, so it's just fine that we pay about (the equivalent of) $140 a barrel.

... and I'll be cursing myself for getting a sensible diesel for my 70 mile a day commute and not the fiesta ST I actually wanted!

Interesting if the price falls to around $60. Have you seen the recent comment by Gail Tverberg on this and deflation -

Thoughtful stuff if not necessarily 100% accurate but then who has been?