Living with the parents 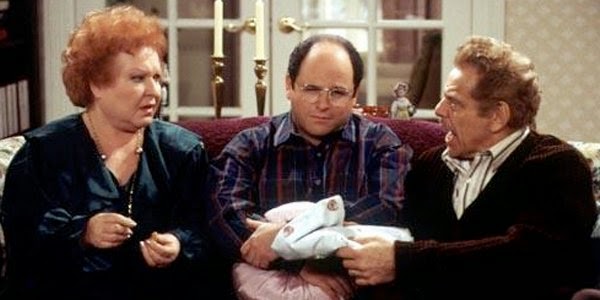 Under new proposals from the Liberal Democrats, adults who are still living with their parents would be able to claim a loan of up to £2,000 to move out and rent.
The party says the scheme could help people in work aged between 18 and 30 to acquire the deposit needed.

That's nice. The Liberals returning to their cuddly, helpful, friendly party roots.
Helping out poor, struggling young people who cannot afford to save up for the deposit for their rented accommodation. Can't save because they are paying rent to their or their partner's parents.

But what's steeper is the cost of living out of  the nest. I doubt many of us have ever been as disposably incomed as when we had a decentish job and lived at home.
So if these people can't afford to save the £20 a week before they move out  ...  then they can't afford to move out.

Because no matter what  rent they are paying to mum and dad, it surely won't also be including council tax. Electricity. Gas. Phone bill. TV licence, service charges or contents insurance.

And the forgettable, rarely used,  but necessary drawers full of light bulbs, batteries, screwdrivers, sink plunger, torch,candles dusters, polish, laces, cotton , string, wire, and such.
Nor the collection of saucepans, woks, microwave , towels , bedsheets, cutlery, lampshades,pillows, bath mats, funky shelves, various pots and vases. Enough scatter cushions to bury you in an avalanche if they tumbled off the sofa and other similar household goods.

Now all this junk doesn't need to be bought all at once. It accumulates, along with hardly ever used appliances, mysterious plugs, adapters and leads of unknown purpose.Keys without locks. Instructions for long expired gadgets. Hardware tools of dubious use. Various strengths of tubes of glue. Pots of solid paint.,broken jewellery and watches, old phones, discarded tablets and desktops. Monitors that will never be plugged into anything again and a bottle of  'No More Nails', used just once before you discovered it lacks the adhesive quality to even stick paper to other paper and has no chance of sticking a wardrobe back together.

But it still has to be bought. A few pounds at a time.

If the youngsters cannot save a £1000 a year whilst at home, they should stay put. Because otherwise all this policy will do is to put them into a rental they cannot afford with an additional £2,000 of Lib Dem loan that they must pay back as well.
.
Posted by Bill Quango MP

I thought exactly the same.

It's a transparent vote buying exercise that if anything will just put more money into the pockets of landlords, and encourage the need for even more housing to be built. Absolutely ridiculous.

I notice you didn't include a bog brush in that list.

No. Mine don't use it either.

PS - I found No More Nails fixes skirting boards to walls - but leaves a huge crevasse that needs to be filled with No More Gap.

Superb Bill and you didn't even get on to the garage space and garden tat.
You can just see the cogs rotating in the youfs minds. too fowsund punds. Afta av payed the rent there will be loads left ova for parties and mebi even an oliday.

Ok - under your microwave is a reminder about something from 2010. A blunt pencil and a foreign coin, bits of fluff and the missing letter 'w' from your scrabble set

JS - I heard one young girl saying she couldn't save up the deposit because she had to pay her mum the rent.

better than borrowing £2000 from the lib dems her mum could have lowered her rent £20. The mum will also need to learn to get by on less once her offspring has gone.Might as well start with a year to manage it.

No More Nails is a product that should be withdrawn from sale under the trades descriptions act. Even worse, once its been opened the placky applicator bit gets bunged up and if you were foolish enough to ever think of think of using it again, you'd need a nail to jam in the hole to open it.

Suff - The garage and attic - jests wept .. What a crap store. I know for a fact we have a box of baby clothes that Mrs Q is determined Ms Q might need some day.

Like that's just what you want when you've had a baby. A box of musty smelling, 30 years out of date baby clothes worth about £2 at a boot sale.

Bill forgot the attic, the realm of Christ past. Why is it, if Christmas is supposed to be so traditional, you have to buy new decorations every year because the old ones are “soooo last year”?

Talking of Christmas, that’s got be the biggest wakeup call for someone after leaving home (and that wonderful moment of “I told you so” for all parents). When happily unwrapping their presents on Christmas morning, instead of getting One Direction Tickets or the latest G-star jeans, they get a cheese grater or an oven glove, because that’s what they asked for. That reality bites moment.

And you forgot all the stuff you have to buy but magically disappears, the odd sock goblin (thanks Terry) the phone charger and the classic, the chuck key. Not to forget, if you have a partner…. petrol.
For all the accumulated crap in your house, I blame Ikea or as I like to call it, Dante’s inner circle. Years, you can spend in the place, every shortcut taking you half an hour back down the circuit. You can’t knock their business model. You get dragged there to buy some storage for all your crap (bins, boxes wardrobes…) and you come back with a container and even more crap that will never see the light of day.

Budgie – Unfortunately the idiot politicians have the edge, they have advisors.

Bill, I forgot the attick

Budgie - Have you noticed our other new trick in the political world. Take your cash and instead of using it to bribe you with, blatantly bribe someone else with it.

Suff -Love the IKEA description. Its a crazy place I have long grown out off.
And Christmas - Quite so - I have 3 fake Xmas trees in my attic - all getting bigger and more expensive - will be another one up there next year too, no doubt.

PPS, You forgot to mention languishing in the shower for 25-30 minutes at a time - oblvious to the quarterly cost.


Though I wouldn't swap places with my kids. In our days one worked, one paid, one got a home and full independence with relative ease.

Doing well at school, finding a job and working hard are no longer the sure fire way to getting a fully equipped home.

I have a better business model than Ikea.

A pawn shop with only one way out - via an exit door lined with fruit machines.

Along with all the assorted home gadgets and tat on tap there is the inescapable truth that the adult child will probably get all their cooking laundry and undoubtedly cleaning done for them which even if they are paying rent is more than likely not enough to cover the cost of these services.

Mum (if she is wise) will save some of the rent paid to her and use it to help the adult child to move out but we certainly don't need the LibDems sticking their noses in and pushing up rents even further.

Everything has its price or cost that is financial implications. The recent developments in our economy and social structures are no different. Quite simply, money wise, the vultures have come home to roost.

Kev- have you been watching your Mr Ben videos again. If ever there was a dodgy setup, it was that shop keeper and his LSD soaked costumes.

Jan- Mums God bless them. Most will still do some of those services, long after the child has left.

"If the youngsters cannot save a £1000 a year whilst at home, they should stay put. Because otherwise all this policy will do is to put them into a rental they cannot afford with an additional £2,000 of Lib Dem loan that they must pay back as well. "

Like the non-doms crap and the zero-hours crap, this is not a policy to appeal to the intended targets, it is a policy intended to appeal to those voters who think Something Should Be Done. It isn't an actual policy that any party will bring in. The LDs are more free to announce such crap because they know that even if they are in coalition, the policy will be ditched in the negotiations.

In fact, this is a good argument for a coalition as both/all parties can drop the stupider policies and pretend that it was the LDs/Labour/Tories who didn't want it implemented.

BE- Damn, if this policy were announced, I'd be all in with my pension pot to Pay-Day Loans

Of course the Lib Dems could have promised something which would affect the ratio of people looking for houses vs houses available - like reducing immigration (*swoon - unthinkable*), insisting that all new build be three storeys minimum, or telling builders that once permission's granted they have (say) two years to finish the build or else the land will be compulsorily purchased.

But no, like the Tories, they'll give more money to the demand side, with predictable effects on price.

Laban
They must be having trouble renting their second homes, in the constituencies they were parachuted into.

@Laban Tall
"Of course the Lib Dems could have promised something which would affect the ratio of people looking for houses vs houses available - like reducing immigration (*swoon - unthinkable*), insisting that all new build be three storeys minimum, or telling builders that once permission's granted they have (say) two years to finish the build or else the land will be compulsorily purchased."
I agree 100% BTW when are you going to start blogging again?
I particularly like the bit about all new build being 3 stories high (although to be honest why not have 4 story high houses?). I recently had a loft conversion and it is great, although of course I wish that we had cheaper housing.