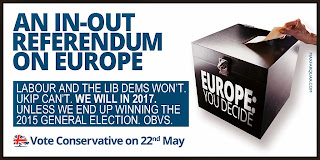 What is going on in UKIP?

The single MP seems to want to split in half. The party leadership fracturing into People's Front of Judea factions.
Their has been justified criticism of Nigel Farage since his 'I'm leaving..no I'm staying' non resignation. A stupid thing to have done. Something that populist  antennae should have warned him about. It looks just like a stunt one of the main parties might try. Not the party running on the 'we are not like the others' ticket.
Farage looked tired. Worn and disappointed and probably fed up with having his pub dinner interrupted by looney lefties.
He should have gone.
We know he thought he would win, so wouldn't have to resign. But he lost. So should have quit.

It's obvious he should have resigned as leader. Seven attempts and seven failures. That's time enough to try and become an MP. He failed.

Despite attracting voters by the millions he isn't the man to add the extra 2 million they need to turn votes into seats. UKIP must reach out a little further if they want to become a party the size of the former Liberal Democrats of the right. Farage has a limited appeal. Its a big appeal but not big enough.

I'm not suggesting for one moment that their most charismatic leader should disappear into the sunset. Farage has done something incredible. he took a weirdo party of eggheads and fantasists and turned it into a national protest party.
He has never backed down from a fight. Never been afraid to make his case.Doesn't really care who he annoys along the way. Farage is an incredible asset to UKIP.
But a toxic asset. Like nuclear power his energy lights the party up. But his clean up costs can be considerable.

But if the personality cult that is Nigel wants to go any further, he must widen the parties appeal and bring along some of his better media performers. UKIP needs to become a proper party. 127 second places in the 2015 election means a possible 50 MPs next time out.

This is the perfect time.
The election is over. And if the number of MPs was disappointing, the number of votes and where they came from was not.
Labour are defeated and unlikely to be doing much of anything for 6-12 months at least.
The Lib Dems are gone..possibly for good. The SNP are going to rattle their nationalist cage and annoy English voters. The Conservatives have a  budget to set that will bring them unpopularity on a Thatcher 1981 scale.

All UKIP had to do was keep quiet and use their new found wealth to remind their supporters of their victory. Sort out their data. Lay the groundwork for their target constituencies.
The media will babble away for six months about new Labour leader. new Lib Dem leader. probably new Green leader. UKIP can relax.

Farage could have gone. Carswell or AN Other becomes leader after a vote and the party carries on after a brief media fuss.
Farage would only be resting. He's still an MEP.Still be in the media .
And ready to come back as deputy or leader of UKIP's 2017 EU Referendum campaign.

All the publicity UKIP could ever want is coming in 2016-17.
Having a leader and an MP and a Farage gives UKIP a wider voice. Or a different voice.
Farage would be refreshed, focused and with a simple message. Out of the EU. Which is pretty much his message anyway.

Nigel is on Question  Time tonight. Not a good idea if he is the story.
He should cry off.

Unless he has something to say that will the close the story down.

Or blow it up.
Posted by Bill Quango MP

Given they must have known about Duverger's law before they campaigned, why is there an outcry when they failed to make the breakthrough.

Nigel's ego got in the way where a savvy political operator (Sturgeon) calmed expectations and over achieved - against expectations.

Talk of moving to the centre is nonsense unless they have the cash to outspend the other two (unlikely) so UKIP are 1 trick ponies run by a 1 man band.

Those with battle hardened business brains amongst you will have seen similar pitches from budding entrepreneurs promising the earth if only you could give them a few million more.

Time for the chairman to have an intimate dinner with Nigel to share a few insights including spending more time with his garden/family.

The current way will only lead to disappointment - or a straight jacket.

Almost like a set up by duplicity - i've done shit like this before and it stinks a bit.

Anywho - is there a QT Comp or has that died a bit of a death? Did some prep this aft and stopped at 15 or summfing.

private grief, and all that

but really, it is hard (at any rate for an outsider) to see even the germ of a coherent UKIP recovery through all this nonsense

seriously, is there anyone capable of leading UKIP to something constructive when the protracted referendum circus comes to town?

(and a very practical organiser, at least when it comes to marshalling papers and facts)

Surely Ukip ends referendum - me no comprende. Job done isn't it? Fuckle off.

There was a period when Farage was teflon-coated; nothing he could say or do and nothing spun against him would prevent a very substantial part of the UK public using UKIP for a protest vote.

The party has now crossed the Rubicon between the land of protest voting and the land of serious politics. Those 4m votes aren't going to bleed away and folk are expecting a grown-up party of at least minimal competence. That's not Nigel's thing.

So let him continue to destroy pompous little Euro officials in the European Parliament and enjoy his status as leader emeritus with licence to be non-PC.

Better still, a K in the next honours round would probably please Lady Farage and provide something to stick in the craw of the Euro-speaker.

Incidentally, who do you think will be the three MPs representing Parliament at the Cenotaph in November? Conservative, Labour and ?????

Just imagine how fractious it would have been if any of these loons had actualy been elected!

DTP - I thought we'd had enough of the QT compo.
Been running as long as CSI..and that's finished now too.

@DtP QT compo competitors will be like being libdem MPs. A lonely task now, things are of their time.

On Farage, he DID very publicly resign. According to reports his resignation was refused. So I don't quite understand the furore. And if Carswell doesn't take the government money and use it against them - he's pr*ck.

Oh, and I'll watch QT.. see how Farage handles it - he's usually good at that type of thing. He's also an ageing racehorse after a race, tired even exhausted. He did also say he needed a holiday & a break from it all. Probably true. I know how he feels!

Electro-Kevin said...
This comment has been removed by the author.
11:22 pm

Electro-Kevin said...
This comment has been removed by the author.
11:26 pm

Electro-Kevin said...
This comment has been removed by the author.
11:45 pm

That's what the Ukippers who returned to the Tory fold are being called.

I did warn them.

There should be only one party standing at the Cenotaph.

Blue - Whether or not you think UKIP are loons 4 million people have gone unrepresented without losing their tempers and smashing the place up.

You're being pretty unfair.

As immigration, under the Tories, gets more out of control than ever (and there is nothing they can do about it) UKIP's strength will grow - regardless of whether or not Farage is at the head of it.

UKIP doesn't actually need to be a viable government making party. All it needs to do is reflect an opinion that is ignored by all other parties.

The Tories will fail.

Carney is right - wages can only remain depressed. I would add that the national debt can only go up.

You are all talking as though millions of Ukippers didn't reluctantly vote Tory (holding their noses, as commenters such as our own Blue exhorted them)

So the Conservative voting Ukipper's true feelings have already been ignored by the Tories.

Did you want to vote UKIP but voted Tory to keep the SNP out ? Tough. You got Cameron. To be more accurate - you ARE Cameron... the whole hug-a-hoodie, green-crap, pro EU Cabinet shebang.

And instead of sneering - where is the thanks for destroying Nick Cleg and his party in the Leader's Debate and taking huge numbers of votes from Labour to boot ?

When the capable and charismatic Umunna comes to the fore after the Tories have failed in curbing immigration, but kept the zombie economy levitating, wouldn't you rather that UKIP (and the SNP) are fighting fit ?

When did Britain become a nation of sore losers?

I feel that some folks imagine it happens by 'being in the right' and then the tooth-fairy delivers victory (+:

personally I think about 43AD

Most of the people I hear whinging (Labour luvvies, internet Ukippers) almost certainly didn't knock or a single door or deliver a single leaflet.

I do not claim to have done very much at all in the election, because I was fairly unenthusiastic until the last couple of days. But if the Tories had lost, I would not be whinging about somehow being robbed.

BQ said: "Farage ... took a weirdo party of eggheads and fantasists and turned it into a national protest party."

Careful, BQ, you are in danger of believing your own propaganda.

ND said: "... I look in at Richard North's blog and he's both scathing and (so far as I can judge) on point when it comes to the role of UKIP and the Big Ballot".

ND, you obviously don't know Dr North's history with UKIP. North failed to get elected high enough up the Yorkshire EU region list by UKIP members. He complained to Farage about it. Farage told him it was a democratic election, so get over it. North still hasn't got over it.

Blue Eyes said: "When did Britain become a nation of sore losers?"

I don't know, BE; the only ones I've heard are a few Labour metropolitan luvvies.

But you do come across as a sore winner, though.

What, because I ask Ukippers why they are so grumpy that they are getting an EU referendum?

Budgie: I meant that in the 2010 election UKIP's manifesto was about 1% more credible than the Greens one.
Steam Trains and flat rate tax etc.
Farage disowned and binned the entire thing.

This time, despite intense scrutiny by everyone, it held up probably better than any.

And I agree on Richard North. A very bitter man. very clever but without a shred of the people's touch.

He should book a table for two with David Miiband and they can sup some of that dish that is best served cold.