Morally indefensible not to bomb Syria 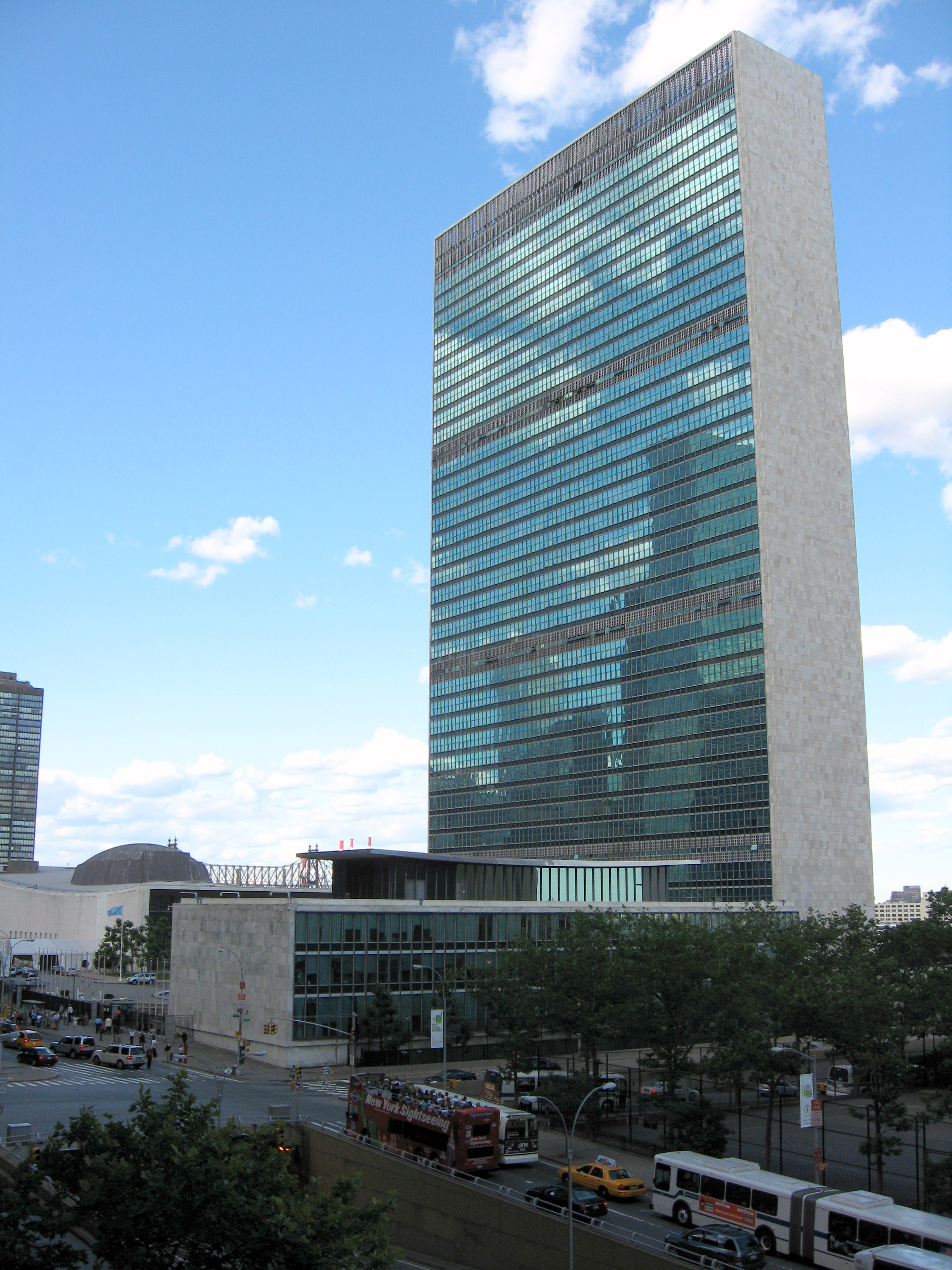 Michael Fallon, my local MP, has said this in Parliament yesterday. Apparently so sick is ISIS that is if morally indefensible not to bomb them.

But what about Assad, him too apparently though less is mentioned these days.

The thing is, the US and now Russia and the UAE have been bombing ISIS for a while and yet their boundaries of control remain the same; perhaps at least we can say they are not expanding geographically.

The potential bombing of a Russian airliner this week shows though that the psychology runs deep and ISIS tentacles now spread across much of the muslim world. Even with ISIS wiped out in Raqqa, I can see a decades long struggle ahead as people flock the the idea of a death cult.

So bombing alone is not working and indeed overall will not work. But surely if the case is morally clear, then a UN mandate could be agreed on for the whole world to agree to intervene.

The UN has its chocolate teapot credentials well established, but even this entity managed to agree to the first gulf war. If ISIS needs to be destroyed and Syria stabilised and all of Russia, US, UK, China, Turkey, Saudi, (Even Iran!!) etc agree then surely a global compact could be reached.

Indeed, for the longer war, a global compact is exactly what it needed, to show even the disparate nations of the world with their differing aims and agendas can agree on challenging pure evil when it appears.

But as to Britain further getting involved in the current mess, I see no purpose at all. Our airpower will make no difference, there are no boots on the ground, the strategy is a mess with enemies fighting each other and by proxy.

There may be a moral case, but there is no realistic real world case that would make a jot of difference with hard power. Soft power is still the answer for now.
Posted by CityUnslicker

I was convinced by the argument that said that militant Islam would burn itself out if it was just ignored and that by giving the otherwise unfocused religion something to unite against we were fueling the flames.

Unfortunately the person who made that argument was Benazir Bhutto, who was assasinated.

There is absultely no doubt that what ISIS wants is ground combat with UN / NATO / coalition troops - imagine the propaganda effect of dragging a couple of wounded SAS troopers to their deaths on chains through Raqqaa behind a Technical. As with Al Queda, they want to fuel conflict with the West.

Our interests are to fuel their efforts in the Islamic civil war, to give equal support and encouragement to the Saudi backed Sunni terrorists and the Persian backed Shia terrorists, with the aim of bleeding both sides dry of hostile capacity, and avoiding as many 'hits' as possible in the meanwhile.

Our natural allies are Russia, the US and China, and our best tactics are to close the open gateway into Turkey through which oil flows out and weapons and fighters flow in, make sure Iran and KSA are bleeding and hurting equally so as to prolong the civil war for as long as possible, and make a few bob from flogging both sides only last-generation weapons.

I can't repeat strongly enough that we must remain wholly focused on Islamists spending their hate against eachother rather than uniting against us. And given the levels of Islamist influence in the UN, we're better off making our own alliances outside that body.

Dead Jihadists are the objective.

Dear God, every war post Wright brothers has proved conclusively that air strikes alone merely stiffen the enemy's resolve unless you use The Big One.

And as Radders says, how on earth is putting troops on the ground going to work?

I can't repeat strongly enough that we must remain wholly focused on Islamists spending their hate against eachother rather than uniting against us.

I've come to believe that this pretty much sums up western/NATO foreign policy and has been for some time now. Everything makes sense when you look at it through this prism. During the neocon era there were people that suggested there was a change of policy, but I think this was all bluff and the chaos is indeed 'mission accomplished'.

Ring fence that part of the world and leave 'em to it. Just provide humanitarian aid where appropriate. And importing this on a massive scale into Europe will, as my Granny used to say, end in tears. And bloodshed. Our cultures are NOT compatible, and the sooner that is accepted, the better. I'm bloody glad we live in the sticks.

Difficult one this. Complete mess.
Often touted as a 3-way civil war, its really an energy resource agreement between Russia and China.

Russia has made clear with its intervention that it will not allow gas from Qatar to break its hold on Europe. With the US set to be energy independent the only remaining clients of global import for the Gulf States are China and India.

My reading is that the Saudis/UAE crowd wrongly thought that they could muscle their way into the European market by overthrowing Assad. They were mistaken. The US are little bothered - and are showing it - as their energy supplies are not affected.

Personally, this looks a lot like WW3. If so, as I've mentioned here before, I expect the Chinese to become deeply involved.
Russia will not let go of Western Syria, that much is clear.
I expect then the Chinese involvement to come from the East, either through Iran or via the Gulf. China needs to secure energy and influence the area as the yanks did, before the Indians wake up and get involved.
Turkey then flanked north, south and east by the Russians, Chinese 'influence' will hold sway from Iran into Eastern/southern Iraq and from the south in Yemen. This will hold the Saudis in a similar death grasp. Thus, the Sunnis will be pushed further into the deserts of western Iraq, Eastern Syria and Saudi.

To put it in CU terms, go long Shiite and short Sunni.
If you fancy a sidebet, with the US having no real interests remaining in the middle east its going to be a very sticky time for the Israelis.

This is just a hypothesis, of course, but either way the Sunnis/Wahabists are fucked; are we going to sacrifice our soldiers to save them?

(What happens after this is that China and India begin to see themselves as best friends and mortal enemies as politics - and, inevitably, conflict - moves East)

Long term the Saudis and other creditor dictatorships will depend on US / western friendship (i.e. folk where paper assets are registered and traded etc recognising all their paper assets are legitimate savings and not a vehicle for funding terrorism and therefore liable for immediate seizure).

MBPN - Interesing points, my view of China is that it is not interested in the far away lands. They buy what they can, they build what they like in Africa, keedps a few people busy but thy got bored of that a few years ago now.

They have all the resources close to home in the South China sea which they are seeking to secure right now, and Russia provides them everything else at a massive discount for the next 20 years.

They could not give a stuff about the middle east.

Carpet-bomb Syria. After all, Assad is supposed to be bad, and so are his enemies. Innocent victims? The Man Upstairs will claim his own - that's the hardline Islamist 9/11 argument, I think. Great chance for Raytheon et al to hone their products, pilots to sharpen their aim. The Guernica of the Middle East; or maybe the Abyssinia?

@CU - Could you elucidate on your SC Sea comment; is there oil there? Is that what they're after?

Now you and I have differed on several points over the last while and, I regret to say, we have another disagreement in this analysis.
You have pointed out Russias general 'crapness' and inability, while I have been tooting my flute about Chinas failure to project power. Can we agree that in this theatre we have the potential for both?

Lets assume, as you say, Russia will provide energy at a discount to China for 20 years, then it would be wise for the Chinese to make preparations for the period beyond, would it not?

Further, you recently asserted that the Russian economy (highly dependent on energy prices) was near collapse; A barb that the American establishment has thrown at Russia of late. (see here - http://youtu.be/hgbZwLiYdfQ?t=73 )
I contend that you fail to join the dots and see that middle eastern war, by (1) cutting off alternative oil/gas supplies to Europe, (2) getting the Russians out of discount deals and (3) providing the Chinese with all the energy they need, is a Win-Win-Win for the Russia/China axis (otherwise the SCO).

War it is then; Higher energy prices for us - the excess accruing to Russia - and energy security for both the US and China. Only the Indians and the Sunnis lose.

'Islamic extremists' think exactly the same way and perceive many western liberal values (democracy, rule of law, equality of people etc) as a continuing attack on them and so will not be going away quietly.

The success of western industry has driven down the cost of many things - including explosives. You needed to be quite wealthy to buy 36 barrels of gunpowder in 1605. A paper round will suffice in 2015.

Multiple victim shootings seem to be a weekly occurrence in the USA (imo) because guns are plentiful and bullets are cheap
Following that indicator I live in constant surprise that we do not have many more bombs going off.

"if you see some innocent person being attacked you do have a moral imperative to assist": perhaps so, but "you" is a person, a moral agent. A state is not "you".

"if you see some innocent person being attacked you do have a moral imperative to assist" Yes, but it's not obvious that bombing one group or another will help; I certainly don't see it as equivalent to stopping an individual attacking an innocent person. Which of the loathsome armed groups should you chose to bomb? Surely the most helpful course of action would be to bomb the Saudis and the Turks, since they are supplying most of the arms and money to ISIS/ISIL?

ISIS is not sick. In fact it is part of a healthy and normal human condition which has existed for millenia. Not so long ago our ancestors were as brutal, until we became more sophisticated and civilised.

This is why border control and upholding culture, law and order is so important.

It is our condition which is, in fact, artificial and inhuman because our animalistic instincts are suppressed.

It is sixth form moralising a la Blair and Cameron which has got us into this fix in the first place.

the south china sea has 30 billion barrels of oil in it. as much as Saud i used to. I tis why China is going nuts to secure it, the gas there is stupendous too.

Russia can never win, the country is weak but turned itself into the only armed petro state, although Saudi is trying to copy.

Elby - I'm glad to hear that you and Lilith (and the pooches) are in the sticks and that your highly intelligent and individualistic stepdaughter is out of Syria.

My only hope is that your new house is away from a shit farm. It spoiled the experience for me camping in your garden with Beast of Clerkenwell after the bonfire 'n' dope party.

(Readers. None of this is fiction !)

@E-K: envy. I also like your durian pancake recipe but can't get the fruit - http://electro-kevin-electro-kevin.blogspot.co.uk/2015/11/resep-membuat-pancake-durian-praktis.html

Sackerson - Ah. You've found that there is a dark side to my nature.