Weekend Reading: The End of Cash 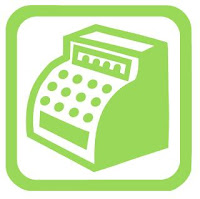 By way of a distraction from referendum misery - another conspiracy!  This time, they want to take away our banknotes, as well as our freedoms, our pensions, our national identity, our pride  ...

Yes, it's that chipper marxist Paul Mason again.  Plenty to chew on here.  He does go around thinking about interesting things, doesn't he?

Well, that theiving cunt Osborne is about to steal our pensions. Banknotes would be a logical next step.

There's no doubt the war on cash is real --- and for me, the freedom from being tracked is the big attraction for paying for basic items with the folding stuff. A few years ago, Willem Buiter seemed to be a lone voice calling for the abolition of cash, but the big central banks now seem to have followed suit, so they can have negative interest rates.

There are plenty of good reasons in favour of cash; small children, infirm old people, the tooth fairy, and criminals too all need a medium of exchange. And I think that the ability to visualise a pound and hold it in your hand, (or "in your pocket") is important to the acceptance, the money-ness, of money.

FT Alphaville had a good piece on the baleful consequences of negative interest rates, which are based on the false assumption that people act as rational economic agents, rather than capricious human beings. Abolishing cash belongs to the same progressive, blinkered mindset.

In a way the commercial banks have become issuers of money through credit. The thing about the credit crunch wasn't the valuelessness of of the houses on which the debt was based but that a mountain of debt - in virtual money - was created in quantities that far exceeds the amount of money that actually exists.

I'm sure the banks would love a cashless system.

There is nothing like a tangible note taken from a trip to the bank to ground one's spending.

Cashlessness (like online gambling) results in indiscipline and more debt !

Just how is this great utopian dream going to work? Are those without credit cards and a credit rating going to be given them? How do you pay your friend for the shopping they got for you while they did their own shopping or is everyone going to have to carry a card terminal about with them?

If this is some way for the government to try and tax the alternative economy it will fall flat on its face because those people will turn to a barter system and the government is liable to lose more than it gains.

i am sure the banks will love everyone to have a bank account, but a lot of people still dont

criminals will use USD/EUR/gold coins

people with less money budget better with cash - when it is gone, it is gone.

people a the lower end of competancy (homeless/special needs/mentally ill etc) who are on the fringes of society will be excluded and indeed how will they buy food?

and the real one,

any mainstreeam politician who proposes this will be the next david icke.

"bank runs are eliminated" not unless they bring the website down. Which doesn't seem any different from locking the front door, really...

No one else here has mentioned it. Bail in. Nuff said.