One of our anon's asks:   Off topic I guess, but what are your thoughts on biodigesters for small scale generation?

We never mind a bit of off-topic.  I have a template for looking at these ‘renewable’ sources, anon.  First of all we should park the whole (C)AGW controversy because there’s no point: if you reject the AGW concept you don’t go on to discuss the finer details of one scheme vs another. 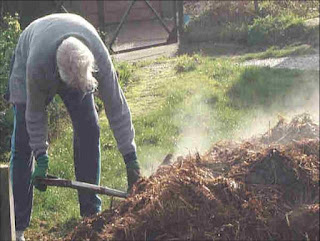 So: (1) does the source of electricity actually contribute to reducing CO2?  Answering this requires looking deeper than just the official line; we have the ghastly example of large-scale biomass burning (wood pellets for electricity by the millions of tonnes) which actually increase CO2 emissions, even vs coal - and the "carbon debt" may not be repaid for decades or even longer.  This all happens (and nearly a billion £££ in subsidies paid annually to Drax and the like) because the regulations simply - and erroneously - deem biomass burning to be CO2-neutral at the point of combustion.   It's actually pretty outrageous.

(2) Where does the scheme sit on the Marginal Abatement Cost Curve?  Logically speaking (*huh!*) there is no point pursuing more expensive approaches when there are cheaper, or indeed self-financing approaches still to be fully exploited.  Of course, it happens all the time but it's crazy.

(3) What are the *unintended consequences*?  Biomass sources of all kinds are seriously prone to this, from appalling deforestation to direct competition with food crops etc etc.  Tree-burning for electricity is among the worst: the 'particulates' emissions are very bad, much worse even (again) than coal.  I reckon air quality will be a major new front against biomass soon.

Which brings us to your precise question and biodigestion - which we did once take a pot-shot at before.  (1) There is a reasonable case to be made that it can actually reduce CO2 (and methane-escape) though this depends on the detailed counterfactuals, as always.  (2) It's not very economically-placed on the MACC - worse than many, but better than some (don't get me started on the Swansea Tidal Lagoon).  It's "dispatchable" to some extent, too (i.e. can fire up on demand, more or less), which counts in its favour compared to wind, solar and tidal.

(3) is interesting.  What you find is that, even in rural areas, you need to cast your net quite widely to get enough pigshit, soiled straw etc to fire up even a small anaerobic digestion plant.  So a large number of diesel-miles are required to round it all up - which ought to be factored into the CO2 equation.  (To be fair, they do include a bit of allowance for this in the reporting, though prob not enough.)  Secondly, these plants, though not particularly vast to look at, do require extensive foundations to sit on, and a large area of proper concrete hardstanding for the constant arrival and turnaround of shit-laden trucks.  Again, this makes it CO2-intensive (and cost-intensive generally) to set them up in the first place - not any old corner of a farmyard will do.  But sometimes you can find, e.g., a suitable patch on a disused RAF airbase that fits the bill nicely.

I haven't looked into the particulates in detail, but my general understanding is that while the raw material is foul, it's methane that is being burned (= 0 particulates, of course).

Finally, a cow's stomach is more than 20 times more efficient at producing methane than the most advanced biodigester currently available!  This alone suggests the technology is not suitably advanced yet for it to be a Good Idea in the abstract.  But when did that ever influence a lobby-pandering politician?

So there you go.  I wouldn't allow any of them until the cheaper schemes have been fully exploited - but what do I know?

It was the Mayor of London back in Livingstone's day if I remember right who dictated that commercial / large residential new builds sourced a minimum level of renewables. Of course every single one opted for the cheapest option - wood pellets. Hence the particulate problem in London now is in no small part down to this intervention .. if left alone, most developers would have opted for gas.

I developed a pilot scheme using shallow (2m) GSHP pipes run under a local playing field. It's solar heating, really - the soil just stores free solar heat. I commissioned some sums on the £ - results suggested that royal parks / local councils / city of London - all with huge areas of turf 'n trees - could generate up to £15k / acre / year from selling ground heat. With no loss of amenity at all on the surface.

Now of course I run my house heating, cooking and HW totally from wood - between 5 and 7 cu.m annually of 12% - 14% moisture red beech. It's very cheap compared to the only locally available alternatives pellets or oil and you're never reliant on deliveries. Bugger the particulates. I can't see Austria banning wood burning until after I'm in my grave, which suits me. A thermal store makes it all possible.

Low Winter temps here mean biodigesters are inactive just when you need them most - unless of course you use a substantial part of the output to keep the bacteria warm. Ground temps at 2m of 8deg comnpared to 13deg in London mean GSHP not a good deal, apart from much of the soil being rock. But one thing we're not short of are trees - I'm surrounded by Larch, Beech and Spruce.

(Writing this as the cheerful 7kW Walmsler wood stove in the living room glows and flickers, too hot to sit close to ...)

Biodigesters are the work of the devil. Instead of just using up unwanted byproduct waste material (cow and pig sh*t plus household house food waste and some green waste), they are now universally fed using material specially grown for the purpose, usually maize, sometimes rye grass. This will be grown on rented ground within reasonable distance of the plant, and carted back there using massive tractors and trailers. The amount of diesel burned cultivating ground and planting these crops then harvesting and carting them back to the plant (plus fertilisers and chemicals used in their growing) mean the CO2 emission balance is no better than generating the same amount of electricity using fossil fuels. Its an utter scandal that they are getting huge subsidies to rape the land growing wall to wall maize as a monoculture.

I have a feeling if we shut down all the Oxbridge PPE-type bullshitters degrees the country would be a lot better off in future.

I'm in middle-ish Lincolnshire - Biodigester Central. They're springing up all over the place.

Sobers nails it - fields (most of them hundreds of acres in extent) which once grew grain, or vegetables, or even beautiful lilac poppies (for morphine, ultimately) now grow maize. Every place you turn, it's maize. Ugly crop - one delight of dog walking here is the agricultural vista in the sunshine, which simply doesn't exist when you're walking through fields full of 7 foot high maize.

When it's harvested, it just disappears into the maw of a giant shredder which spits ton after ton of shredded maize into enormous trailers (you should see the size of some of the tractors here) and ultimately, it ends up in gigantic berms under tarpaulin to be shovelled into the digesters. Hellish. Tends to be farming companies running them and collecting the subsidies, too - just like in Orkney (Wind Turbine Central) turbines are planted by farmers, or farmer's collectives, because they happen to have the land enabling them to collect the subsidies.

The politicians, who in their monumental stupidity and arrogance facilitate this, need stringing up. So do some of the farmers, though I recognise they're rent seekers responding to corrupted incentives - a lesser evil, perhaps, than the politicians.

Look. Not even I thought that was a good comment but someone had to do it.

They spout a lot of merde/shit/scheiße/stront/σκατά which could be put to good use.