This image is from the civil service .gov website.

And its not what goes through my mind.
I'm more of the mind of:

Or some different nouns and adjectives. 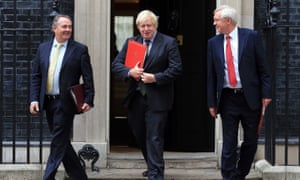 
In the light of such relatively recent political failures as

Surely, as a nation we should have outsourced Brexit?

We have asked the very worst possible people to take on this most difficult post war enterprise.
Departments with a proven history of failure spanning many centuries. Who waste money without thought or care. Who have no idea of deadlines. Contracts. Negotiations. Transactions. Terms and Conditions. Budgets. Costs. Failure Standards. Disruption or consequences.

If we had simply hired the Doctors who negotiated the G.P's out of hours pay deal in 2004, we'd be out of Europe already.
The EU would be paying us for the right to trade here.
And EU law would be subordinate to UK law for the next 200 years.

Many of the very worst and most expensive blunders are when they try to outsource things. There's only so much money one can waste on biros and post-it notes. Outsourcing generally leads to blank cheque type waste and inefficiency.

Wasn't it Shakespeare who said " let's kill all the lawyers" ? Well, as usual he's correct. The problem with our exit from the EU is the lawyer problem.

To think. I could have fucked things up for a fraction of the price they charged us.

some different nouns and adjectives

(think of Expenses: think of Keith Best and his multiple privatisation share applications - in his own name!)

(Tom Watson and his abject grovel to JC)

- Relentless, year after year, in the cause of their own self-promotion

(think what they have to do, to get elected & then try to advance up the greasy pole)

I know dozens of MPs, into 3 figures over the decades. On a good day, almost all of them can seem to have a genuine interest in making a bit of a difference for the better

Integrity? On a bad day, there are hardly any who won't blow with the wind in literally any direction (see T.Watson above) in pursuit of the cause of I Must Get (Re-)Elected Next Time Around. There are very few that would go to the wall for any principle whatsoever, or draw the line anywhere at all

Those that would are, unhappily, the Cashs and Redwoods of this world, basically bonkers (sorry Kev, but Redwood is a nutter) - or the delightful but ultimately ineffectual Richard Shepherd or Richard Bacon

Redwood a nutter. I don't see it. He's rarely without an answer and delivers it with pin-point precision.

I think he's out of step with the modernists but that's not the same thing as being a nutter, though it may look like it.

I think of BBC bias and Dimbleby.

I had a job once where I was employed at the lowest possible level in the Civil Service as a temporary AA (Admin Assistant). I came to the conclusion that many of the people there were to make the unemployment figures look good as they were recruited straight from the Job Centre and were not the sort of people who would find it easy to hold down any "normal" job. No qualifications were needed and if you had any it put you at a disadvantage and it was best to keep quiet about them.

The "work" was mind-numbing and a trained monkey could probably have done it. It was a small project and I came to the conclusion it was set up primarily to give some Civil Servicw people some management experience rather than to do anything useful. It was also there to give some IT people some experience of installing an IT system. They were an outsourcing gang staying in hotels away from home.

This was in the 90s but I doubt if much has changed.

What was amusing about the examples of chaos, waste, failure and overspending on a criminal scale, was that there are about 2 examples from New Labour, for every 1 of the Thatcher-Major-Coalition era.

Tighter reins definitely in the harsh Tory cuts, austerity as a way of life, epochs.

New Labour, as a governing party,was utterly cavalier with the nations vast taxes.
Their projects and schemes failed on a regular and spectacular basis. Even the most mundane of projects were subject to fraud, fundamental mismanagement and wishful thinking.

Shame that its all so long ago now its been mostly forgotten.