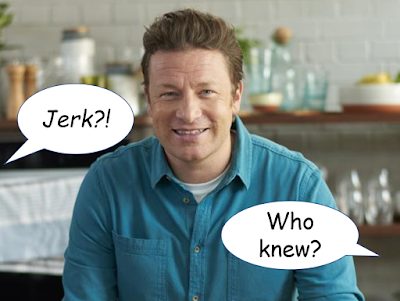 Why is a black woman allowed to culturally appropriate Twitter? It should obviously be reserved for white males.

Chicken Tikka pizza with coleslaw, anyone?

I don't understand. Why are there virtually no Afro Caribbean restaurants ? We've had Mexican, Korean, Chinese, Indian, Thai, Italian ... all thrive in Britain and are in every high street. We have a love of exotic foods here.

Is it racism against black people in particular that has stopped this ?

What will happen when cannabis is legalised ? Will white men muscle in and take over the dealerships ?

There used to be an Australian restaurant in Kingston on Thames.
A giant, diced meat, skillet buffet.
Well bonza it was.

Rice is not a native cereal grain of Jamaica.
Neither is pork. Or beef. Or chicken. Or lamb. None of which were there before the Spanish. Nor were horses. Nor was the reason the Spanish were so interested in the place, sugarcane, there before them they introduced it. Along with bananas. Lemons. Limes. Ginger. Avocado. Tamarind. A traditional Easter Jamaican dish, esovitch fish, an Island national dish, came from Spanish settlers. Who most likely got it from the Romans anyway.
At the time the Spaniards were bringing all this, plus livestock domestication. Pets. Advanced agriculture and syphilis, all in Jamaica would have had to have become Roman Catholic.
Today only 3% of Jamaicans are. As the British conquest put a stop that popery.

The native Jamaicans were mostly Arawak.
Taíno South Americans. And there may have been a million living in the Caribbean before Columbus. Disease and genocide did for the lot of them.
The Jamaicans living in Jamaica today are not the indigenous. They have inadvertently culturally appropriated the arawaks entire existence.

Which shows what a mockery this whole lefty nonesense is.