A person hotly tipped to be leader of a Rebel Alliance against the Galactic Imperial European Empire, has announced he will now be a Man Solo.

Mr Solo has been booted out of his home on Corellia, by his partner. Marina, of 25 years.

Ms Wheeler has long complained about his free-booting ways. Smuggling women onto falcons. Using the excuse that traffic was backed up on the Kessel Run Hyperspace cycle lane, for his lateness back from work.

The maverick former Imperial Moff of London has long had a history of indiscretions. Notably Petronella Wyatt and Helen Macintyre. And he famously had to resign from a deputy seat at the Imperial Chamber of Moff Howard, when he was photographed by paparazzi in an embrace with a minor royal. 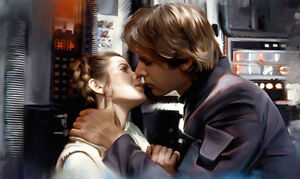 Solo has denied he has got the embarrassing news out ahead of a possible leadership challenge to Grand Moff May.

He told the Tatooine Times,
" I am just a poor trader. Whose flings have led him to be flung. So tonight I shall be lonely, Hand Solo.
I am not attempting to reboot the Tory franchise with a main character spin-off. At least, not until I've checked my support levels in the conference hall."


Vincent Cable resign, has he? Not. Say He. Hmmm.?
Yes, but also, no. Go, he has not. In time all is possible.
Events may pass.

The last of the Jedi, swept away. By break up of the Old Republic.


Continue, he can not.
After lifetime of study. Meditation.
Training in ways of the Farce.


Vincent Cable, the rank of Padawan, had he reached.
Posted by Bill Quango MP

“In time, the suffering of your people will persuade you to see our point of view.” — Nute Gunray, Intergalactic Commission.

I was thinking of a post last week incidentally before you started your star wars theme comparing Corby to Obiwan...

After all, Obi Wan thinks he is a good guy but manages to actually empower the Baddies to take over the universe, indeed he unwittingly trains them over a few films. Even when he finally finds out what he has done, he realises he cant win and chooses a martyrs death and leaves it to someone else...