Errr, yes. The whole story of May as 'negotiator', from the 2016 Hinkley fiasco to the present time, and for so long as she's in place.

Meanwhile, preparations for the hard border in Ireland are well underway in case we do indeed crash out with No Deal ... 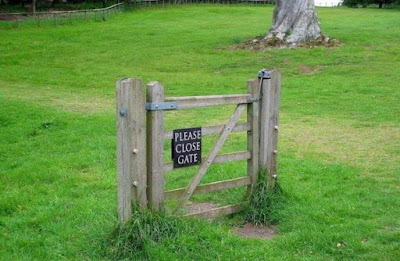 Email ThisBlogThis!Share to TwitterShare to FacebookShare to Pinterest
Labels: Brexit, Theresa May

We have had almost 3 years of "no-deal" planning under our belts. All the ferries are in place. We have short term agreements on keeping flights and the Eurotunnel going.

Why the hesitation? Don't they like the "no-deal" plans they have come up with?

I have visions of the EU council of ministers being like a SMERSH meeting. Operative May has failed to deliver. Now the punishment must be decided.

Merkel's shoes have a poison blade.

We will remember her, just not in a good way

(*) quite seriously, the numbers of people dying before their time due to windrush / austerity are a bit more than ~70

May asking for a three month delay is like Corbyn giving ground on ludicrous anti-semitism charges. Negotiation is fine if done in good faith, not fine when the agreement sought by one side is merely your agreement to surrender.

Does Mrs May really think something will change in three months? The EU are much more likely to keep turning the screw - their end-game is a rerun just as it was with Lisbon treaty in Ireland and the replacement of the rejected EU constitution by Lisbon.

We will not be crashing anywhere. Nor will we jump off a cliff-edge, or face an "economic catastrophe"(c. Chancellor Hammond). All these terms are merely Remainer-speak, designed to scare us into abandoning Brexit.

As for the Irish border, that has been in existence since 1922, when Southern Ireland seceded from the United Kingdom. Not many Irish people want to live there of course, but one can hardly blame them for that.

What one can blame them for is their attempt to employ the border as a control mechanism for the rest of the Withdrawal Agreement, in order to keep the United Kingdom in permanent subservience to the European Union.