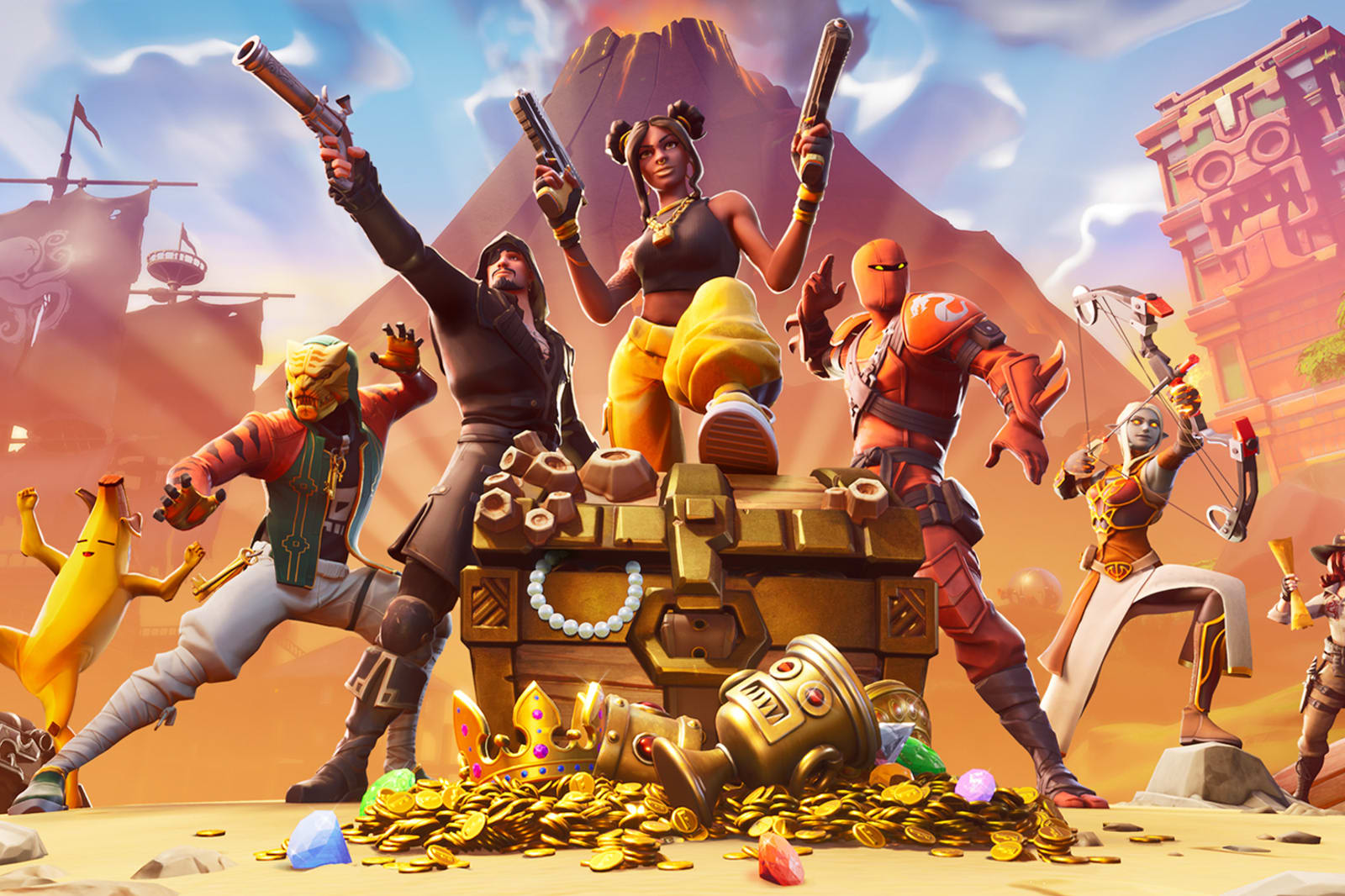 A US teenager has won a record-breaking $3m (£2.4m) to become world champion of the computer game Fortnite. Fortnite is the largest prize pool in the history of e-sports, with $30m shared amongst the winners.

This story has allowed the media to run a few hours of debate and phone ins on some of their favourite subjects.

Concerned parenting.
Children being less active than their parents
The horror that is video gaming
and
Being Judgemental.


There is nothing very new here. Something is always blamed for moody teenagers and aggressive pre-teen boys.
In my day it was Heavy Metal. The satanic music of AC/DC was turning children into killers.

Before that it was long hair that was to blame. Or jeans.

Way back at the dawn of teenagers, born from the discovery of independent wealth that was paying more than a paper round, Rock Around The Clock was a terribly bad influence on the morals and attitudes of the nation.

Fortnite, for those that don't game, and never have, is a multiplayer battle royale, in high cartoon form. Not terribly dissimilar to a Star Wars shooting game, of which there are legion, that go completely unremarked.
One player, and their digital persona, arrive on an island and must hunt down all the other players and eliminate them. So they emerge victorious.Weapons are found lying around. Forts can be constructed.  and so on.

The game is entirely free. Which was the genius of it. It had a few million player base on its launch as it costs nothing, and never costs anything to play. No player need spend a penny if they don't wish.
The creators make money from players buying new suits, or 'skins' for their character. Dance moves. Special gun flashes. And from being a 'brand' with its own merchandise, so is a licensing success. Much like Angry Birds was.

The difference with Fortnite to Angry Birds or Subway surf endless runner games, is that once a player begins the game, as it is real time, against real opponents, if a player has to leave the console/tablet/phone for a minute, they will be eliminated. I'm sure this is where the angry calls of parents for supper and to go to bed right this minute, break out.

Listening and watching the panels a few things are quite obvious. Women, in the main, have no concept of something like Fortnite. Like they didn't with the whole, GTA similar backlash a while ago. As they didn't with FIFA or Racing games.
They don't play them particularly, as they don't appeal in the same way.
GTA is deliberately, a very masculine product. And shooters and horror products appeal much more to the men and boys.

One of the common complaints is that children have phones at the diner table. Have games and are on social media and this interrupts family life. And that they aren't out with their friends.

Though they are with their friends. That's why kids like these games. They are social.

In my day, as an avid gamer before the Internet, we'd play games at each others houses. Board games too. But more and more video games.
With the Play Station and Xbox, so this continued for another generation.
Now, they can play in the same room , or not. But still the same group.

Parents should be aware that they are suspicious of this technology, only because it is new.
They need to recall that they have little fear of television or video.  While their own parents were very suspicious. TV appeared in their lives in the 1970s. While they were still being brought up in their own parents world of no TV. So all the diner table rules applied.
No TV at the diner table, because there had been no TV BEFORE.

The schedulers, knowing the set time for supper and lunch and such, made sure their shows fitted to these times. As Television became more a part of life, people's lives fitted around the television. 9pm Friday was always new show launch. Saturday night was family TV night, and people adapted to TV rather than the other way around.

TV no longer has much hold on the public. None at all on the youth. Who are used to on demand everything. So they have a different approach to their parents, who, although they have adapted, are still, in upbringing, from the pre-digital era.

The provable cases of a video game causing, or encouraging, psychotic rage leading to murder, is two.That's two, World wide. Since the rise of the Home Computer in the early 1980s.

That's two cases from the billions each day of kids playing these games. Every study shows no link. As children are aware as adults are of fantasy and reality. Captain Scarlet is indestructible. YOU are not. I knew that. I knew that at five. I knew at five that he was a puppet. 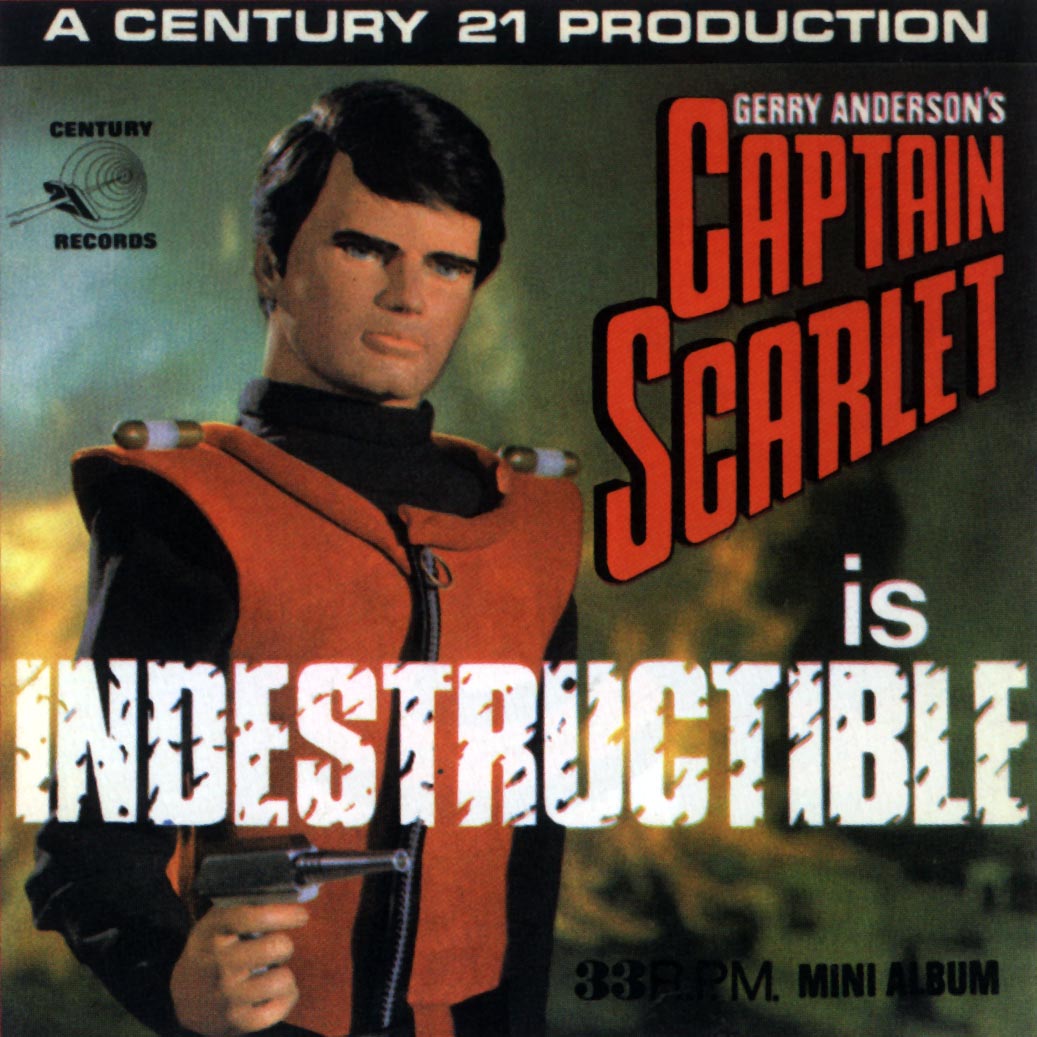 This argument comes around again and again. Jo Swinson was avery keen believer that video games make people violent. Yet for this to be true, the entire spectrum of gaming would have to be true. Kids that played NBA would be terrific basketball players. Kids that played Mario Karts would be manic drivers in later life.
Kids that watched Twilight teen-horror would grow up and fall in love with an Emo-Vampire.
Kids, like me,who played Third Reich, the WW2 strategy game for 2-6 players, would end up invading Poland.
It's all obvious nonsense. The same as it was for rock music. The same as it was for watching Kung-Fu films in the 1970s. Or reading Gothic horror novels in the 1870s.

Parents lamenting the lack of model building and Lego making {which is actually selling in ecord numbers} should see what their offspring are creating on Minecraft.


So don't worry about the kids. They are just fine. They won't turn out anti-social losers, if they weren't already going to be.

And it was probably far more dangerous in our day writing in to Jim'll Fix It.

Email ThisBlogThis!Share to TwitterShare to FacebookShare to Pinterest
Labels: TV

Earlier this year, Susie Kim, then manager of the London Spitfires team of professional Overwatch players, was asked by the Associated Press if women were good enough to play at the highest levels. “Absolutely,” she said.

Perhaps the money has no attraction for them ..?

unlike in traditional sports, there are no physical differences at play to justify gender segregation. There is a lingering belief that young men are simply better at games than women, and though there is little detailed research in this area (a study in 2016 from the University of California found that gender had little or no relevance in terms of ability in a range of fantasy role-playing games)
Oh woe!!! *tears more hair*

Fortnite is, after all, one of the biggest entertainment brands on the planet, played by hundreds of millions... one depressing fact remained unavoidable: not a single one of the 100 finalists was female

Maybe that study should, ahem, rethink its terms of reference ...

Dangerous waters. I see the Graun didn't dare open itself to BTL comments on this one.

There is definitely a physical aspect to e-sports. Counterstrike has been around in one form or another for 20 years now and if it was just about practice all the pros would be 40 years old by now. But it turns out that teen boys have a huge reaction speed advantage so your average pro is still early 20s.

League of Legends claims to have more female players than male and is still dominated by male pros. There's a (true) stereotype that women mostly only play support classes (healers, etc) to help their boyfriends.

There's generally two sorts of female "pros" you see held up by the media:

1) Astroturfed girl teams that inevitably end up being a failure.

2) Influencers and the like who take part in invitationals which is no different from a celebrity being invited to play a testimonial football match.

Everyone mentioned in that Guardian articles fits these except the transexual and the girl in the Smash tournament.

But fighting games communities are infamously toxic. Both the girl and the guy have been involved in their own scandals this month: https://www.dailydot.com/parsec/bocchi-smash-bros-racial-slur/

The toxic aspect is something I didn’t mention, as it is never mentioned by the media and panel groups, who know so little about what they are saying.

Online gaming can be, for the hardcore or the oddballs, very, very toxic. Exactly the same way online comment is. The anonymous ability to take on the persona of the supreme headdick.

Online gaming, like Fortnite, which I am so keen to say isn’t a problem, can very much be one in some circumstances. Where adults group with kids, for instance. There are no restrictions. It’s a random group of 100 people worldwide. Unless the groups are set up in advance.

But some adults seek out the kids to taunt and upset.

So for the younger, under tens, as a generalisation, parents need to be aware. There are a lot of idiots out there. But there are in the child's Playground and classroom too.

It all sorts itself out just as it does on blogs and social media and life. The troll is soon ignored and blocked when people grow tired of the mischief. The bully is also eventually blocked. And people find their own groups in which they are comfortable. But for the very young, or very new, it could be distressing.
So some parental monitoring could be useful. As long as it’s realistic.

And as long as parents realise what the kids are saying online, and the language they use, is what they say at school and on the bus. And it isn’t the ‘ game’ that makes them like that. It is them making the game like that.
The children are happier playing in groups, of their own friends, rather than against strangers.
I’m sure if the mothers really knew how the whole thing worked and what goes on they would be far more worried about it than they already are.
But they needn’t be. As it can always be turned off.

Anyone for a game of buccaneer and watch Thuderbirds after? This Sunday 10Am my house.
:)

Reading that 2016 study the Guardian cited as having found no difference...

They compared Everquest 2 and Chevaliers' Romance III (some Chinese game I've never heard of). They are both slow based MMOs where, except at the top tiers, reaction times don't really matter.

They did in fact confirm many differences such as women prefer support classes, are more motivated by social rewards, cosmetics, etc. They even mentioned a study confirming the League stereotype in my previous comment.

The "no difference" depends entirely on making adjustments for things like time played. Basically their conclusion is "women could be as good as men if they tried but men make women not want to try".

I could do a backflip if I wanted to, but I don't want to. Don't ask me to prove it.

I'm sure I heard or read that a Brit came second in this competition and won a sizeable amount of money.

That's despite Brexit and because of Boris.

Hey ! I gave out a medal on Jim'll Fix It. Whaddya talkin' about !

My boys were addicted to gaming and both turned out alright.