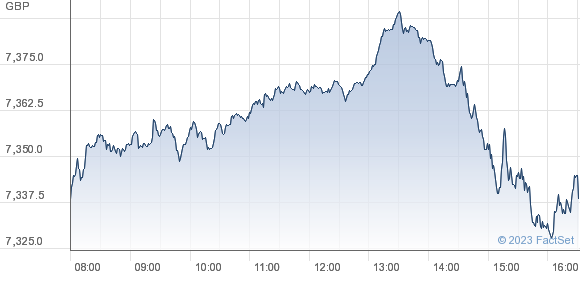 Despite getting a good review in the media, Rishi Sunak's first budget has been lost in the global crisis. Was it any good?

Time will tell but my hunch is turning on the spending taps is the right call this year, the Tories have reduced the deficit and Debt/GDP ratio substantially and there is at least some room to have a year or two like this. Not unrealted are that Gilt issues are below 0%. the current cost of extra borrowing is positive - what a bizarre world we live in.

Will it help if the markets dive down into the 4000's and all but gaurantee a deep recession - a little but then the fun will begin as social security spending balloons and we have a mini-2009 deficit situation again.

At least we won't be alone, as this is more or less a global crisis that began in China...

What are we going to do this time to keep house prices up aka save the banks again?

CU - did you get out of Atalaya/EMED or get diluted down?

"Friedland spoke of copper being used increasingly in hospitals to mitigate against the acute risk of antibiotic-fighting super bugs, citing bed rails, tray tables and door knobs as high-risk items that will in future have to be covered in copper. He calculated that copper-coating call buttons over hospital beds lowered the bug risk by 527% and copper-coated bedrails by a percentage many times higher, resulting in all US military hospitals changing to copper. “I can’t possibly emphasise enough how important this particular issue is because we haven’t invested in a new antibiotic in 35 years and this is the simple, passive way to deal with this,” he said."

blurgh is right!
I thought it a good budget for business. With the rate drop I thought it would bounce the market a bit... but blurgh pandemic rules! I did put half my raised cash (not great deal) in on Monday late looked a good move Tuesday AM but then blurgh virus. Now just sitting on the cash until the dust really settles. There are going to be some real bargains that will recover over the next 5 years. So all income from share based assets suspended. I'll just eat into the cash until it all improves as it always does.

Anon - sold EMED at a slight loss overall - which given how lwo my entry point was is pretty bad. Then invested that in more stuff that I am down 50% now on as of this week.

there is a reason I stopped share tipping, after a few good years I have done terribly.

The copper thing is hardly new. I learned about it at a conference in Paris over twenty years ago and I don't think it was new then.

Anyway, we'll keep our brass door handles was my conclusion. Silver was even better spoken of but silver door handles are beyond my pocket.

That's why we use copper to antifoul our boats (we did use Tributyl Tin but it gave the hemermaphodite dog whelks very large penises that blocked their vaginas, so we had to stop). Not copper sheets these days but powdered copper in Epoxy resin. Strikes me this would also make an effective antibacterial / antiviral coating for bar tops, food counters etc.

As you say silver is even more effective - so the perfect excuse to take your Georgian dinner service (or bits of it) into the office to eat your Pret off. Or Greggs in my case.

And to screw the Council health fascists, the virus also lives 3x longer on glass or plastic chopping boards than on wooden ones. Piney, resiney woods with traces of Phenol are even better.

That makes no sense mathematically.

As for Copper -- it is well known to kill bacteria, but does it have any effect on viruses ?

Don - yes. Scientific paper here, but it's also been confirmed for SARS-CoV-2 https://www.ncbi.nlm.nih.gov/pmc/articles/PMC4659470/

Arguably the biggest star in Hollywood has CV. He of a tiny tiny minority. He who does not use public transport or share close proximity with hoi polloi.

What I'm saying is this: it's everywhere already.

I don't mean to make light of it but it seems that most people afflicted with it are getting it so mildly that they're probably not reporting it. This means - terrible though the disease is - that the death rate is being exaggerated.

If this is true, it's panic time for the old. That's me.

Boris in Cabinet - "First thing we do, let's kill all our voters"

"The strategy of the British government in minimising the impact of Covid-19 is to allow the virus to pass through the entire population so that we acquire herd immunity, but at a much delayed speed so that those who suffer the most acute symptoms are able to receive the medical support they need, and such that the health service is not overwhelmed and crushed by the sheer number of cases it has to treat at any one time.

The government’s experts – the chief medical officer and the chief scientific advisor – have made two big judgements.

First, as the World Health Organisation on Wednesday in effect conceded, that there is no way now of preventing the virus sweeping across Africa, Asia and the Americas – which in practice means that it will be an ever-present threat to the UK, unless and until a mass vaccine is available for use.

Second, the kind of coercive measures employed by China in Wuhan and Hubei have simply locked the virus behind the closed doors of people’s homes.

And just as soon as the constraints on freedom of movement are lifted there, the monstrous virus will rear its hideous face again."

If Peston is right, the advice comes from Chief Medical Officer and Chief Scientific Officer. And to be fair to Boris, it would be a huge call to reject their advice.

Sell care home shares, then go and say goodbye to your elderly relatives.

On the plus side this may reduce the Governments pension liabilities a little!

So the move to a bear market is complete and exceeded. What do we call it now "a bloodbath market"?
Not sure I've ever seen a sort-of 10% avg. single day decline world wide.
Once again I say I was joking about 4,500 now I'm just scared so much I'd better laugh!

When you think what they have sacrificed for "muh economy", accepting that great-granny has to go is (for them) a no-brainer.

Back on point. When the swivel-eyed were going on about LibLabCon I thought they had lost their marbles. But a Tory government spaffing cash that had been carefully horded from the poor and disabled for the decade earlier, you have to wonder. Are they really different - or the same sh*ts in a different colour.

Off to Specsavers to get my eyes tested.

FFS This is germ warfare against Tory/Brexit voters and I bet students will be deliberately smearing handrails, such has been the hatred fomented by the BBC

I'm going out to buy gloves in a minute - lots of them. If it's my government's policy to surround me with corona-chan, defensive measures are required.

Not nursey rubber gloves which are a pain, the thin plastic ones.

I think when people have taken in the implications, this could be Boris's version of May's Dementia Tax.

The fact is, we pretty well knew the numbers a week or more ago on here and little has changed since. 1% mortality, 70% infected in the first season. An additional 600,000 of us are going to die this year in addition to the 600,000 of us who normally die each year. And with a Covid jab some 18 months away, the 30% who escape this year will have to do so again next year - diminishing odds.

Only if the booze is over 60% proof. Useless otherwise.

I recommend googling for "UK Influenza Pandemic Preparedness Strategy 2011". It looks rational and well informed to me. I assume that, updated by nine years more knowledge, it's the basis of the current policy.

It's particularly interesting when it dismisses as ineffective policies that people will claim 'stand to reason'.

I hope Boris continues to pay attention to the advice of the Chief Medical Officers and his Chief Scientific Adviser. Copying grandstanding foreign politicians would be folly. Learning from Singapore, Hong Kong, Taiwan, and S Korea would be sensible - as would learning from poor old Italy.

"Learning from Singapore, Hong Kong, Taiwan, and S Korea would be sensible"

Pity we're not doing it. HK had extreme social distancing, many people stayed in all February. Miraculous for such a crowded place. They also had loads of testing which we're not doing.

Boris (or the CMO) are channeling Arnaud Amalric.

"God will recognise his own"

"Hong Kong is a city of 7-8 million with some of the highest urban density the world. Yet as of today, we have 107 confirmed cases, two deaths, and 51 discharged.

Why? Because nobody panicked, everybody wore masks, schools and universities closed almost immediately (some people have confined themselves to quarters since the beginning of February), people practiced good personal hygiene (despite living in a filthy city), and the government (after much pressure) closed the main border crossing with China (reducing the tourist flow from 100,000 per day to around 3,000 per day).

I’m not Chinese, and have mixed feeling about Chinese culture after living here for over 20 years, but like many Chinese I am astonished at the ineptitude exhibited by Western governments and Westerners in general."

This is easy to mock, but

(a) in my experience, whenever one encounters the HMG machine as regards contingency planning, one is moderatly-to-greatly impressed (no more than you'd hope, but a lot better than you'd fear)

(b) reporters have been pretty struck by how thoughtful and determined HMG is being right now, in the personalised shape of the CMO who obviously commands huge respect. When Boris says "we are being guided by the science / the advice", it's a very foolhardy Corbyn who denounces him

(even AE-P is complimentary: "a textbook display of timely co-ordination" by Britain's institutions ... "breathtaking panache". He never says anything by halves, does he?)

ND - but the CMO bottom line is, we're making no attempts to isolate/protect a la China/HK, just flatten the sombrero (which is good, or we are in Italy) and tough titty for granny.

I don't get the impression from Chinese reports that having the virus confers immunity for more than a few weeks.

I have a single relative who lives in an isolated location at the end of a long, bumpy mountain track. The whole family (esp 93 year old uncle and aunt) may end up there, with two designated shoppers who live in a detached annexe. As above, the shopping gloves have been ordered. It's Ilam all over again.

It's a bit much to kill all the people who voted for you!