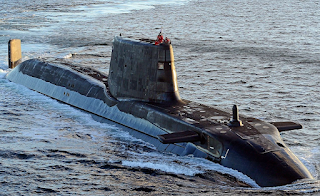 Back in June I wrote here [OK, Cold War It Is]:

Joe, you and your new posse gotta rescue already-suborned New Zealand, and make Australia feel a lot more comfortable with its situation.  Fast.  Otherwise it'll be clear that your reach is only to those lazy countries that are a comfortable distance away from the coming action in the Far East.   And even they will still be defending their precious Sino-exports and graduate-student fee income, hoping nobody will notice or mind too much.

He was listening!  And now we have AUKUS, replete with new nuclear subs for Oz.  (Gotta love the choice of name: not sure AUSUK would have worked at all ...  At least someone was giving half a thought to the matter.)

A bit of context.  What has recently become common parlance as "the Five-Eyes (intelligence) community" is officially AUSCANUKUS, with the 'Aus' being Australasia.  (You will sometimes find people, e.g. Wiki, inserting an 'NZ' but that's technically spurious.)  Sadly, NZ has been so thoroughly suborned by China, they've effectively self-selected themselves out of the inner circle; and we have to guess Canada had no particular reason to be in on this latest one.  Pity, but there it is.

Now to the reactions.  China very hostile, natch: say no more.  France, hahah!  Crocodile tears all around.  They were screwing up their own Oz-deal, and had it coming.  What are they going to say to us - if you don't back-track, we'll let all those refugees sail across the Channel?  (Oh, wait a minute ...)   In fact, what we'll be saying to them is: pipe down, Johnny Frog, or we'll leave those troops of yours in Central Africa with no helicopter support or aerial reconnaissance.

And everyone else on the world stage?  Well, by Heaven, after the Afghan debacle, something had to be done, or else the Taiwanese and many others besides would have been starting to make their accommodations.  Let's hope there are several other good ideas where this one came from rolling out over the weeks and months - most especially including something significant and soon for New Zealand, please.  As often noted here before: the lines of logistics in politics - particularly in foreign policy - can be very short.  Imagination is everything.

Which brings us to the Labour Party - which rushed to applaud the whole thing!  With a speed that must leave plenty of domestic lefties just reeling.  Even the Graun is more or less onside, even if leaving themselves a bit of equivocal wriggle-room.  (Gad, these people are so easily blindsided!)  We can expect some pushback to this amusingly tame position, I expect, in the run-up to Party Conference.  (Perhaps Starmer's Lotto crowd plans to make it yet another dividing line for advancing their really quite ruthless purge.)

Anyhow: credit where it's due - hats off to Biden this time.

(I reserve the right to call him senile again if he drops the ball next time, though.)

Yes, great news. The fact that the French are v. peed off is a huge bonus.

Yesterday the BBC were mostly reporting on the "international backlash", so they're desperately searching for some way to knock and oppose the deal.

Reports today that the EU would offer Britain a "defence pact". Is that a reaction to AUKUS? In any case, if they come asking for favours, there are plenty we could ask of the EU in return.

As Biden couldn't even remember Scott Morrison's name when announcing the deal, it's probably fair to say he's still senile.

Given the general incompetence demonstrated by the entire US military and intelligence commonality in recent times, this was indeed a very positive development. Would be fascinating to know who the key players were to make this happen.

At least it involves submarines. That's a good idea because surface warships must surely all be obsolete, at least for any purpose within reach of an enemy shore. And no enemy would be stupid enough to engage the US Navy far from shore.

Sure, but all China has to do is bide her time and keep having 'biological accidents' until we bankrupt ourselves.

Lockdowns and masks to become permanent seasonal events because the Sainted (commie) NHS must be saved even at the cost of the economy.

Well. At least the Christmas toy barge is here already.

Give it a rest whiner

Ausuk - ho ho! Shame they have no sense of humour. (Humor)

On a slightly serious point: when we lived in Oz everyone was dead against nuclear anything. I used to argue with glee that the obvious way to defend an advanced country with a small population was with nuclear bombs. Outrage! Horror!

I suppose nuclear-powered subs is a start.

And I don't say this as some uninformed outsider. I have cross checked this with someone of ... intelligence already.

We're now having Reagan/Thatcher vs USSR done to us. And it shows in our inflation figures, I'm afraid.

This is the outshift of power and wealth from West-to-East.

Watch the film White Tiger to see how truly hungry and ambitious these people are.

"Your nations doomed by buggery and drug abuse."

A useful employment opportunity for all concerned. Plainly the Ozzies have no better use for the cash they get from coal and iron ore and the Chinese mil-industrial can up its game. The Taiwan Tickle is working a treat. Trebles all round.

Meanwhile development of plastic porpoises, silicone sea snakes and disposable stonefish continues apace. Just keeping the balance nicely. Nuclear depth charges r us. Except no one wants to play that game, nukes are fun to launch but not so much fun to get one back.

Meanwhile we Brits can do our best to keep the leccy & gas bills down. If we haven't got any we can't be billed for it - can we?

“Surface warships all but obsolete.”

Convoys and troop movements require escort ships to keep those subs away. To keep a big ship sinking the escort ships, your own big ship is required to escort the escorts. As AirPower has proven since WW2, it is not afraid of warships, carriers are required too.
So, for any overseas war, a fleet composed of all the different rock-paper-scissor elements is required.

Taiwan air invasion?
Probably the only place it might partially work..

Though the number of historic successful airborne only or airborne primary assaults that have ever succeeded is frighteningly low.

Chinese have been beefing up their navy for a long while now. Becoming a blue water, rather than costal waters one. They have been building amphibious landing ships for just that purpose. Have six very capable ones with more under construction. Probably a load of other rapid conversion able merchant or warships to augment the main force.

But would they need to have a D-Day style, private Ryan, Omaha beach invasion? Taiwan is well within accurate missile range. The Chinese could pummel the place with missiles. End up with more of a Gold beach landing.

Submarines, or undersea mines and attack drones would all be a threat to the invasion fleet.
There isn’t much doubt the Chinese could take Taiwan. It’s holding it in the face of world (western) pressure.

The Chinese have that card to play too. In reverse.
“Get over it, or source your own goods and raw materials. Which might be difficult with the internet and banking, grids, military systems, communications, all turned off..so get over it, western softees”

Big risks for all
Fraught times ahead

The Chinese seem to be in the same mood as the English were in the mid nineteenth century. They are feeling that it's their duty to organise and enlighten the planet.

Remember all those missionaries we sent out ? The commercial takeovers of parts of Africa, which we assumed would be good for the natives ? The advanced technology ?

New Zealand is done. It's the new Tibet. I won't be renewing my passport.

E-K 11.25: Who are the "them"? Remember Fauci and the US outsourced their gain of function research via the 3rd party NGO to China as it wasn't allowed in country, (as all publicly documented).

The fretting about China and Aus is farcical given the way the Aussies are destroying their economy (and freedom) without any need of interreference from China.

Don Cox - I'm not sure the UK as a whole ever made money out of Africa, although individuals like the Oppenheimers did. 90% of our African colonies were acquired in a fit of "we must stop slavery", first on the west coast then over on the east. Only South Africa was a resources grab. There's a very good 1961 book, "Africa and the Victorians. The Official Mind of Imperialism" by Ronald Robinson and John Gallagher with Alice Denny, which looks at the UK government records, and it turns out the kind of people who think we should still be in Afghanistan so that little Noor can do Women's Studies were also driving policy then. The difference is that in those days we had a LOT more power.

I was thinking of people like Rhodes rather than the British government. The Chinese are interested in African mines just as the British were. And no doubt the government of China wants to do good, while the businessmen want to get rich.

" no doubt the government of China wants to do good, while the businessmen want to get rich"

I imagine the government of China want to do good for China, and any good for Africa is a by-product.

I could weep when I think how we were nuclear pioneers, and now we have to ask the Chinese to build our reactors.

It's a fascinating situation.

Canada's not involved as they don't build their own subs.

We're in the final phase of building the Astute-class, Dreadnought is coming up, and the design phase for SSN(R) is just beginning.

The US is still part way through building the Virginias, and I'm not sure they've got spare capacity.

The French have completed a single Barracuda. Zero Shortfins.

The Collins-class seems to already be one of the largest diesel-electric boats in the world. The ADF/RAN apparently wanted land attack and anti-ship missile plus torpedo capability in the replacement.

The Tianjin delivery iron ore contract peaked in May, started sliding in July.

The main shipping route to the Indian Ocean passes through the Malaccan Strait, to the US and Panama, north of Midway near the Aleutians.

There's an alternative route around south Australia, and presumably through French Polynesia.

Bit of a slow burn full independence movement going on there.