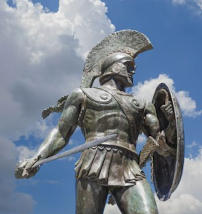 A very traditional business strategy, in sectors where for some reason corporate survival is by no means assured, is "last man standing". Just hang on while competitors go under or vacate the field, in the hope of cleaning up when there's nobody else left and the benefits of monopoly can be reaped.  Well, for a few years at least - until the competition authorities eventually forget how worried they once were.

The UK energy residential supply sector has offered the prospect of this for many years.  The comfortable days of the 'Big 6' - when the barriers to entry were so high that new entrants rarely stayed the course - were always likely to be under threat at some point, with chaotic fallout.  So what were those barriers?

This all speaks to energy supply being the preserve of relatively large, competent, well-financed companies.  Was a market of "only" six suppliers necessarily non-competitive?  There are many other sectors where six, competing properly, would be considered pretty good.  To be fair, it can be argued that the Big 6 'competed' in a rather nominal fashion, and did little actively to shake up the significant degree of customer inertia: but the acid test - the trajectory of prices for end-consumers - was broadly favourable, and had been ever since the market opened up.

The picture began to change about a decade ago when a number of aspects came together to facilitate participation by players with quite different business models.

This helps explain how an inadequate company might be able to get into the energy supply game.  But why would they want to?  There is no single motive, but alongside some perfectly creditable intentions, others of them are very bad.Until now, of course, when they are dropping like flies.  In the meantime, the Big 6 has ceased to exist!  SSE and National Power have exited: we are left with E.on (German), Scottish Power (Iberdola of Spain), good old Centrica, and of course EDF, probably only still in the game to give it political cover for its UK nuclear machinations.  True, Ovo and Octopus have stepped up to the plate: but then, so had Bulb - until last month ...
At least some of the current survivors will be hedged through to April-ish, when the prevailing energy price cap is scheduled to end (see earlier posts).  Of course, nobody will be making any positive plans whatever until the government has shown its hand on replacing the cap.  If it gets this wrong, chaos ensues, probably followed by de facto nationalisation in some shape or other (like the banks in 2009).
But there must at least be the chance that Centrica's unwavering 25-year strategy of positioning itself to be the Last Man Standing finally pays off.  And a Happy New Year to all concerned!
ND
Posted by Nick Drew

So where is all this extra money going if underlying costs have not risen Presume ECO and CfD's - as well as the incestuous wheezes you point out?

You do set some puzzles Mr Drew. EDF's UK end looks a bit sick until we start paying for the nukes, E.on looks OK, Centrica looks pretty sick and Scottish Power a tiddler. If I were the UK government I might look to ease the caps up gently so as not to frighten the horses. The suppliers might kick up a fuss and I suppose the worry is how Centrica will fare - glad I don't have shares.

The question is how the suppliers will take to losing slightly less money after April. Plainly the biz model for Octopus and Ovo will require they pass on the price rises planning to lose as few as possible of the good class customers and as many as possible of the likely defaulters. One idea might be to dump all the losses on Centrica and plan for a govt bailout. No one would do that would they.

I can already feel the pain in my pocket.

(a) the underlying wholesale costs have of course risen - immensely - taking down the unhedged suppliers with them, and lining the pockets of (unhedged) producers and other upstream / midstream players everywhere. (Most of the big commodity trading houses bet on absolute high prices very early on in 2021 - after all, I was writing about this in FEBRUARY - and have minted money.)

(b) the hedged suppliers have just offloaded those costs onto their hedging counterparties (and if any of them are exposed, well, watch out below ...)

(c) all surviving players are suffering materially increased running costs, because (i) the costs of handling the bust companies are 'smeared' across the sector; (ii) transaction costs everywhere go up when absolute prices and, even more significantly volatility, go up; (iii) bad debt is soaring, of course, and there are social-policy limits on what they can do about it

(d) HMG is taking a lot more in VAT

(f) providers of flexibility services to the Grid and to the market generally, have also been coining it. (Some investors in grid-scale batteries and reciprocating-engine peaking projects have seen a return on their investment measured in months rather than years.) This again is a function of volatility more than high prices.

I may have forgotten somebody ...

This is what comes of politicians spending time on non-issues (to the vast majority of the electorate) such as climate change, systemic racism and transgender rights whilst neglecting anything that is actually important such as energy security.

I'm hoping the lights go out so as to actually encourage the moronic voters to do something about the two useless cheeks of the same arse that are Blue and Red Labour.

"as a green consumer i look on in horror...
we paid a premium last year for 100% green an renewable energy backed by ofgem REGO scheme.

the turbines are still spinning so why do i need to pay more because Mr. P has decided some countries near him have fewer sovereign rights."
....


clearly somewhere in the green chain a lot of $$ has and will be made. https://www.institutionalassetmanager.co.uk/2021/11/24/309681/power-purchase-agreements-signed-dogger-bank-c

“ The government is showing "nowhere near enough urgency" in finding a solution to steep increases in gas and electricity prices, one energy boss has told the BBC.
Ovo's boss Stephen Fitzpatrick predicts the rise in wholesale gas prices and its impact on people will be "an enormous crisis for 2022".

Little bit of a cry for help from Ovo.

BBC helpfully list what other EU governments are doing already. No mention of if Mr Ovo gave them the list. Seems quite likely. Appeared in linked piece.

Socialist Prime Minister Pedro Sánchez promised Spaniards that under his "shock plan" they would pay no more for their electricity than they did in 2018 plus inflation:
Electricity taxes are being cut temporarily from 5.1% to the minimum 0.5% allowed under EU rules. VAT on bills was already reduced in July
Windfall gains for energy firms will be redirected to consumers and paying for infrastructure until next April
Spain will raise funds by selling off a further €900m in carbon emissions permits this year, on top of the existing €1.1bn
Price caps on natural gas mean bills for 10.5m households will go up by around 4.4% instead of an estimated 28%.
The plan to target utility firms hit shares in Endesa in particular, which slumped 5.1% on Tuesday.

( why does the BBC write “left-wing government.” And ‘ socialist’ prime minister? ‘ Their inconsistency annoys me. Macron is nearly always referred to simply as the President of France. His left/right status isn’t mentioned in 5 quick checks of reports on the bbc under the search Macron news.)

If only we'd listen to you in February, we'd be making a mint....


PS As an old Generation, Transmission and Distribution engineer, costs are normally fixed until the "Financial Engineers" get their mucky paws on a market.

We've only switched the central heating on a couple of times, that for a chilly morning. Else it's just the wood burner, which works out at c£90 per month. Cheaper than the lecky. And the oil.

Welcome to the future. NetZero seems little more than an insane project to punish the poor, just as we go into a GSM, probably the "minimnalist" since the Maunder Minimum.

It's hard being governed by ideologues. Even more when they are also morons.

Electricity bill could be reduced at a stroke by removing the 25%+ "Environmental and social obligation costs" on electricity bills (see https://www.ofgem.gov.uk/energy-advice-households/costs-your-energy-bill).

That's the scale of incompetent interference in the market by the government.

It makes the Chinese look like geniuses in comparison - even with them stopping imports of Aussie high calorific coal which reduced the efficiency of their power stations and steel making and caused a massive hit to their economy!

"Electricity taxes are being cut temporarily from 5.1% to the minimum 0.5% allowed under EU rules."

I thought VAT was fixed at 5% minimum in the EU? Hence why UK energy is 5% (still) and why leaving the EU allowed us to zero rate sanitary towels?

On Topic: @ND As a consumer (I prefer retail customer) I assume that at some point my newish 2 year fixed deal will somehow get cancelled/annulled? Have I read the small print - no but I assume there will be a get-out clause quoting God (who in the case of my supplier would have 8 tentacles) or some other esoteric in extremis thing!

P.S. A belated Happy Christmas and I wish you all a prosperous new year.