Where is Cameron's Glasgow East ? 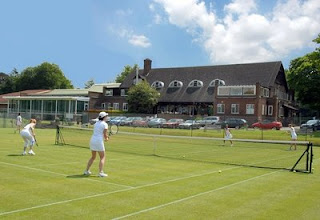 Glasgow East is the 25th safest Labour seat with a 13507 {43.66%} according to Constituencies in order of % Majority after the 2005 General Election.
The current polls are still predicting a Labour win but there is talk of a majority of hundreds, not thousands according to The Telegraph

There are 41 similar safe seats before the first Conservative seat appears on the board. That is Kensington and Chelsea with 12148 majority.
Now, to put this in a Conservative perspective, it is as if the Tories were desperately trying to hang on to their safest seat. The average voter in Chelsea is as likely to vote Labour as they are to eat spam fritters. I expect the average voter in Glasgow East is as likely to vote Conservative as it is to holiday in Aspen.

The 24th safest Tory seat is Runnymede and Weybridge. I choose the 24th as it is where I used to live and the figures are near enough. Runnymede and Weybridge majority 12349 {28.37%}.
This is ABC 1 territory. The highest social status and many of the highest earners in the country.
Smack in the middle of the stockbroker commuter belt. Average price of a modest 3 bedroom home £300,000. Good schools, transport links to 4 international airports, 30 minute train to Waterloo, multi-multi multi - million pound homes, championship golf couses and low crime. The prosperous blue heartland.

Imagine holding somewhere like that with a majority of 13500 and coming away with 800.
And then being pleased because it was a win.
No. It would be a catastrophe that would undeniably cost the leader their job.

Labour may well do much better than that. In the current economic and political climate some allowances need to be made.

The fact that talk of a win as somehow good and a step towards regaining the initiative shows even more clearly than Crewe exactly how far Labour's stock has fallen. It should be nothing less than a very comfortable win.

Whatever the result I confidently predict the phrase Eastbourne in 1990 to be a recurring theme.
Posted by Bill Quango MP

As somebody once said, 'Losers vote Labour".

Labour need a big victory as the SNP will jump all over them if the victory margin is less than several thousand.

MW - Labour's trick in 97 was to pretend to be the "aspirational" party as well as the party for those who don't think they can do any better under their own steam.

Anything less than a thumping Labour majority would be highly damaging as BQ says, but don't expect to see any leftwing commentators admitting it.

I still think Labour will win as they inherit the vote there in Glasgae...

Mutley: It would be amazing if they didn't win. Same as Chelsea is inconceivable to be anything but Tory. But imagine its 5000. That means some 8500 voters or 63% of the voters who voted Labour last time deserting them.
They would be pretty pleased with 5000, but it isn't enough.

LFAT:I think they have spent so many decades in control in Scotland that it was taken for granted that they would always retain it.
They hadn't needed to campaign or do much of anything to win.
Once the SNP got its act together they were challenged and had to have answers and explain actions.

BE: Quite so. A New Labour indeed. end to sleaze, end to privatisation, tough on crime and the causes of crime, education education education , balancing the books, housing for all, massive investment in public transport, an end to road building, total reform of the NHS, joining the Euro, end to the House of Lords, ban foxhunting, minimum wage, training for all....

Wonder why they didn't do all this, instead of pretending to do it.
If they had achieved even a third of what they claim to have achieved they would still be high in the polls.

Simple, because they never actually wanted to do that. They said enough to get elected and had a credible front man but once in power just tinkered with things in the hope that they could move the country in the direction they actually believe in without too many people noticing.

We did notice but many allowed them to get away with it while the economy "boomed".

In 97 Labour were a total unknown quantity, which is why the phrase Things Can Only Get Better resonated so well with the public. They are not now an unknown quantity, and further, have, basically, fucked things up royally in almost every and any way. The Labour party can never, ever, become New Labour again without reminding people of this, and that is their problem for the future and why they will not get back in for many years to come.

If you want to know what kind of cretins vote Labour, and what kind of cretins are Labour, just go and see good old Bob Pipers blog. He is proud of Labour and was seen to say to a Tory commenter, Read em and weep, three elections in a row, so we must have been doing something right ..... forgetting of course that the Tories won four previously. This is the mentality of Labour and their supporters; dressed up to look reasonable and rational, but underlying delusion and pettiness is the true face of Labour.

There are no champagne socialists really; people like Tony Bliar and most of the PLP are people who are not good enough to be in the other parties. Look at Hilary Benn, what does he know about working class? And the list goes on and on like Geoffrey Robinson. They are individuals who are mentally sub standard and so go to where they may shine, Labour, or are vindictive and petty individuals with a lack of talent who shine in company like Prescott. So don't blame the East End.

If Labour don't win this by election with 5-10,000 majority they are in serious trouble. I think they will win by at least 2000, possibly up to 5000, though I hope I'm wrong and they lose; they deserve to.

and actually losing the seat?

Not a Sheep..
you see through my predictions.

I never seriously considered it a possibility, what with the hundreds of labour activists, orders to Mps to visit and knock doors, a feisty 'old style socialist candidate'60 years of dominance and more.

The loss is unspinable as has been seen today.
Some cabinet ministers have given it a good go but the PM's identical comment of the same tractor production style "getting on with the job - steering a course -best placed to deal with - economic turmoil - party of substance" blah blah is totally ineffective.
Unbelievable soundbites delivered in a tedious monotonous dull style.

John Major is back!

Someone with more technical skill than me will no doubt get his youtube statements from Crewe, Henley, Glasgow, London, 10p tax, Northern rock, local elections and splice them together.
Same words with different backgrounds.