There Will Be No V-shaped Recovery 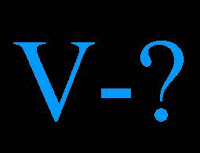 "Hard to find a single economist who believes that the economy would grow by 1.25% in 2010, let alone grow by 3%-plus for the three years after that. Yet, without that turbocharged performance, there is not the remotest possibility of the budget deficit being halved by 2013-14" (Larry Elliott, Grauniad)

In HSBC’s February annual report, the Chairman stated that this is ‘the first just-in-time recession’, meaning that just-in-time industrial structures (and thought-processes) allow firms to cut production overnight. And in the autumn that’s exactly what they did, as we discussed in November. But could it bounce back just as quickly ? Yvette Cooper was wittering on Newsnight that the fabled V-shaped recovery was exactly what we can expect.

But I reckon she’s wrong: and (not being an economist) here’s my illustration from everyday life. Today I took the motor in for its annual service. Doors open at 07:30 and for each of the previous 20-odd years I’ve been doing this, there’s a queue already formed by 07:15, by all those commuters who want to drop the car off before work.

Today, there was no-one else there at all. Would you like a coffee, sir, and no trouble over having a replacement car.

Which (since they haven’t all lost their jobs) means that people are deferring routine car maintenance. Which means, over time, their cars won’t be as reliable as in the past. And factories are the same.

When the just-in-time ‘on’ switch is thrown, the carefully-crafted just-in-time logistics chain won’t work as we’d become accustomed to, resulting in delays, inefficiencies and the need for more working capital.

Add that to Ruth Lea’s concise list of reasons why she doesn’t believe in Darling’s V either. It just ain't gonna happen.

Alistair said today on R5,that other people agreed with his forecast.

Campbell asked "who was that? Gordon Brown?" ZING

Interesting comment. I'd add that this is the first highly leveraged recession, and one especially so in England, where the economy has relied on high personal debt for many years. With people unwilling or unable to borrow, there'll be a doubly hard drop in my, non-economist, opinion. At least here in Italy there's a substantial wodge of black economy cash to act as a lifejacket.

and Mrs Cooper-Balls says so too, Mr Q, so it must be right

(was that you being reprimanded by the Dep.Speaker yesterday for making barnyard noises ?)

How the devil are you, TT - things a bit quiet down your way lately - or too busy ?

all sweating on Idle's upcoming judgement of Solomon ... not that we're competitive or anything

An L shaped "recovery" as we'll just get used to socialist poverty.

The judgement is in Mr Drew.
Modesty forbids...

Perhaps the Just-in-Time economy can rustle me up a Just-in-Time job offer, before the claret has to go back to Berrys and the girls get transferred to the Comp.

The Tuscan is correct; de-leverage is the name of the game and it will take years. You could call it a U shaped recovery, but actually it's a paella dish looked at from the side. Ask anyone on the Costa.

All well Nick, thanks, though the generation of money takes on a keener, leaner, meaner note after the caravan of cash returned from whence it came: the blog is thus on semi-hiatus. Still, at least my needs are modest and mainly provided for, although I feel a Lucca totty trip coming on this weekend, as it were.

Re the Idle one, perhaps he is feeling the extra drainage on his cellar after the excellent festivities he hosted last week: the Tuscan contributions, which were sung from the rooftops by Wine Spectator and Gambero Rosso (Italian equivalent of the Michelin Guide) were a peculiar pairing; one apparently Lapsang Souchong in a bottle - ones eyes darted about the dining room for signs of conflagration as we drank it; the other, a rather unremarkable red from Le Marche. Must try harder.

Fancy that, bloomberg are doing an excellent hatchet job on Labour, wonder what odds the bookies would give for the IMF being called in before an election...