Do you work for the Military or the Church? 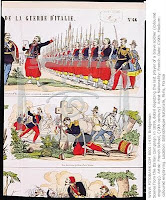 P.J O'Rourke's "God is a Republican"

I have only one firm belief about the American political system, and that is this: God is a Republican and Santa Claus is a Democrat.

God is an elderly or, at any rate, middle aged male, a stern fellow, patriarchal rather than paternal and a great believer in rules and regulations. He holds men accountable for their actions. He has little apparent concern for the material well being of the disadvantaged. He is politically connected, socially powerful and holds the mortgage on literally everything in the world. God is difficult. God is unsentimental. It is very hard to get into God's heavenly country club.

Santa Claus is another matter. He's cute. He's non-threatening. He's always cheerful. And he loves animals. He may know who's been naughty and who's been nice, but he never does anything about it. He gives everyone everything they want without the thought of quid pro quo. He works hard for charities, and he's famously generous to the poor. Santa Claus is preferable to God in every way but one: There is no such thing as Santa Claus.

Redone for the UK

The Private Sector is a 19th century army while The Public sector is the monasteries.
The Old Army is harsh. It doesn't care whether you are paid equally or more or less than your colleagues. The Old Army isn't interested in your aspirations, just your ability. It may keep you if you are foolish, or lazy or stupid or gullible, but only because it has a use for you. It doesn't care about your family or your old age. It will tell you to shape up if you lag behind and cut you loose if you don't.
The Old Army gives the orders and expects you to obey. If you don't, it will have you shot. There is a chain of command which you must follow. You may move up the ranks either by family status, wealth, power, political connections, merit, service, changing regiments, volunteering for special assignment, bravery, purchasing a commission, casualties amongst superiors or a battlefield promotion on the field.
The Old Army expects you to start at dawn and work until dusk. It expects soldiers to work on the way to work, and on the way back, and to be available at any time.

The Old Army despises complacency. It loves the rule book, but will throw it away if necessary, and it happily breaks the rules of war to gain advantage.. The Old Army fights the regulations of the Old Church and obeys them only grudgingly. The Old Army expects speed and action. It insists on punctuality and demands a uniform. The Old Army will give employees functional work barracks and as much kit as it thinks they need, and it believes it can afford. The Old Army appoints commanders to manage its various platoons and companies and regiments and expects them to use their own initiative to solve the problems.
The Old Army is prepared to send employees anywhere in the world at a moments notice and expects them to go without complaint. The Old Army must guard against finding itself fighting with obsolete equipment and outmoded doctrines or it courts destruction. The Old Army expects victory. Defeat is not an option. Medals and bounty are for the victors, dishonour and dismissal for the vanquished.
Except at the very top,where a seat in the Lords is another option for success or failure.
The Public Sector is like the Old Church.
All encompassing, all pervading and interested in every aspect of the congregations lives. From birth, to procreation, to death, all must be examined and regulated and recorded.
The Old Church believes it is not enough that they are pious, they must be seen to be pious too. The Old Church offers limited assistance to the poor, funded by large tithes from the rich. The Old Church is a force for good. All believers are welcome, while non believers are heretics and should be burnt.
The Old Church likes to reward themselves with modest comforts. Holidays, benefits and pensions. Fine art, sculptures, architectural buildings and rare books. But it restricts its dress to sackcloth and sandals.
The Old Church believes in having as many members as possible. The Old Church is the nations paramount landowner and collates the data and keeps the records that help to maintain its power and wealth.
The Old Church craves order. It reads from the Holy book and independent judgement cannot be tolerated. It relishes committees and believes a theological discussion can resolve any number of problems. It loves symbolism and sermons and it dislikes change and is comprehensively risk averse. long meditation and reflection are the necessary prerequisites for action. A good thought and a good intention count for as much as the good deed itself.

Clergy may move up slowly, through long service and death. None are released.
Time is an elastic concept. A project may take centuries to complete, or never be completed at all. An Abbey may take generations to build and consume treasure in quantities that the local populace could never conceive while a donation box sits on the site as there will always be a need for more .
All are welcome, the sick, the lame , the afflicted. The Old Church believes in equality of all without regard to status. It gives equally to all who beg at the gates. The Old Church has a spiritual role as well as a physical role to play. It is guardian to morals as well as welfare. It is there to teach, to heal, to punish, to encourage or to forgive. The Old Church writes the rules and sets the ways in which all must live and work. It is a provider for all. The Monasteries do not need to ask who shall provide?
The Lord shall provide.
Posted by Bill Quango MP

Having worked in both I'd pretty much agree with all of that.

My current favourite PJ-ism is the dedication to his grandmother in 'The Enemies List': 'Who could never understand why people worried about communism when there were so many Democrats still to be jailed'.

Oh ye of little faith, but get them boots clean. Unluckily, we are governed by a group that is neither of one thing nor another, but only what they can expropriate on behalf of themselves and their clients.

Inventive, Bill, that has to be admitted.

My favourite PJ O'Rourke-ism relates to the topic of Malthusian over-population concerns. I don't remember it verbatim, so paraphrasing will have to do, but basically he compares the population densities of the UK & the Netherlands with Bangladesh & describes it as liberal white middle class sub-conscious racism: "there are just enough of us, but way too many of them".

On the topic of the post.... you cannot reform the monastery. It must be eliminated. Starve the beast of public spending!