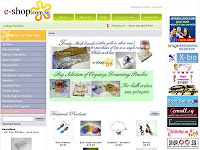 .Just thinking about last years predictions for this year. One of the better ones was pick firms, especially retailers with a strong online presence.

Consumers are expected to spend £8.9 billion this Christmas, representing 20p in every £1 spent according to research carried out by the Centre for Retail Research for Kelkoo.

The piece goes on to describe a 50% online sales Christmas by 2015, which seems ridiculously optimistic as it requires full retail Y-O-Y growth, online to continue growth at 24% while offline takes no action to combat that. Even so online continues to make advances.
Posted by Bill Quango MP

Any chance Kelkoo might have some self-interest in blowing this trumpet?

Some of this difference is probably a matter of definition. Services like insurance are outside the ONS data - car insurance probably my biggest internet spend. But maybe petrol sales are inside ONS retail sales, which would bulk out non-internet retail sales.

... petrol is not in ONS retail sales. Categories summary and percentage weight here.

Surprises include only 1.6% on booze and fags, compared to 40.8% of other retail spending in supermarkets.

The ONS must I assume have Internet food sales about right, as collecting that data from Sainsburys, Tesco etc is easy. It must be that bloggers are just not your typical shopper.

You could argue this is good news for internet business, as there is a lot more space for growth than the Kelkoo news suggests.

I think I agree with you here. There will undoubtedly be growth, but that is driven by price as opposed to anything else, IMO. If the traditional retailers get their act together and start fighting the online sellers on price, I think you'll see this growth stall dramatically. Christmas is debatable whether it really will be a bumper time for retailers, of any description, and I think it won't this year as people are getting used to spending less.

It still goes back to the old chestnut ignored by all those trying to put a positive spin on sales figures; high turnover does not mean high profit, and any idiot can sell items for virtually nothing.

Whilst some items are better bought online (obviously CDs and similar), others goods merit live handling and comparing.

Also when the public get burned by tat from t'internet then the expansion of online sales will falter.

One of the main things that stops me buying online is that deliveries need to be signed for and they try to deliver when I'm at work.

Meaning consumers are expected to go further into credit debt.

Thanks rwendland. Another link I can no longer find but probably BRC had
Fashion, books, music and DVDs as the big sellers. then white/black goods.
Booze and fags are difficult for the internet. It works best for items where postage is either very low, or such a small percentage of the total price it doesn't matter.

Houdini. Plenty of profit online.
I recall a story pre dotcom bust of a business buying up warehouses and planing to stocck them with robot pickers. The idea was to have a huge range of food,like a supermarket,but to deliver to peoples homes.
The cost was staggering.
The supermarkets largely pick the stock from the shelves they already have, with staff they are already paying. Costs are low.
Then the independent niche importers can operate from home or a storage office with few staff, yet supply many thousand customers.

Budgie. Lot of tat missing from Ebay. Shame really . Their costs make it business based now.

Steven L.
Royal Mail are desperate to sign up convenience stores and petrol stations to hold items for customers. So far they pay too little for it to work. The cashier can't just leave the tills to go search for a package in the secure area. + theft problems etc.
You can usually arrange to have items delivered to the Post Office for free. But you will still have to collect them.

James Higham.
Plenty of guys looking at 60" tvs today in Comet/Currys.
This could be the last boom Christmas for many years if the predictions are correct.
The fairylights are going out all over Europe and I doubt we will see them go on again in our lifetime.

I don't disagree Bill, but my point is that the profit is going to drive traditional retailers into a war with internet retailers, and we are already seeing this, and this is where the online growth is going to stall. Your point about the 60" TV's at Comet and Currys are a point in fact as they are starting to fight back on price.

When growth is driven at the cost of profit it can only mean everyone suffers.

Oh, the nasty retailers try to get a better deal than that on offer and thus squeeze the developers margins.

But it isn't the nasty retailers is it...according to you it is the nasty developers..you want it all ways don't you? Yes you're right too...business..whodathot? Whodathot and business indeed...so why are you whining over rents then if it is just business?

You are not given a choice. Anytime I have dealt with these people it is on a take it or leave it basis.

That's right, and quite right too, that son is what is called B-U-S-I-N-E-S-S and what those nasty retailers do every day to customers, and if those customers don't like it they have the choice of going elsewhere.

You want to be in a certain location? You pay, simple.

blah blah blah...Do I need to say more on that? Perhaps you should go look at Wat Tylers' blog 'Burning Our Money' and search under 'Simple Shopper'.

And you say I am naive? ROFLMFAO!!

yer man appears to have been kept from bankruptcy by a council buying something that
another council developed? Did I read that wrong?

Yes you did, despite going on to say you didn't. If your Googling was half as clever as you think you are yourself you would see that it was two different developments.

(and Council who, over ten years can sustain and build a £750million development)

By suggesting that contrary to the idiotic leftic thinking that, as I am a small business owner I am .therefore rich and can sustain that level of financial attack indefinitely.

As am I, but I don't blame my woes on developers and landlords who I signed an agreement with. Did they whine when the money was trolling in? No, they thought it would continue, but now times are harder...well that's different. You'll be telling us next that we shouldn't buy in sales and pay full price to support those poor, hard done to and conned retailers eh?

Some of us never had the option of selling(having never owned) and therefore if we want to be in the right place have to rent(think of it as 'Location. Location. Location. & if you need that xplained...). Could not afford? See above.
Wrong place? Prepare to lose your business, that's how it works.

That's right, and that is what is called life and reality, so get over it. Are all those premises empty now? Did someone else rent them? Maybe you would want a five bed detached house with swimming pool...but can't quite afford it so rent..but that is getting expensive now...bastards! They should cut the rent so I can stay in that location location location.

Christmas period and letting them sell, guess what? products that directly competed with mine and from which I usually made enough to support my business through 'til Easter.

So they ended up with two empty shops after Christmas then? Hmmm, not very good business people are they? You think they are the norm? Your business relied on Christmas to survive till Easter? You aren't called Woolworths by any chance are you?

Tell me, Mr. Houdini, do you and your pal go down the local boozer and stand outside smoking and reminiscing about the bad old days over t'pint

No chance, I stopped smoking because I couldn't afford it. I like the Northern accent you try and portray there...but no cigar, I'm a good Dundonian living in Chester and the difference between me and you is that I live in the real world.

or are you smugly
wrapped up in velcroed skiing gear on the gas heated patio of said developer?

Actually no, we are usually wrapped up in Schoffel or Musto Goretex shooting gear and sipping sloe gin out the back of his brand new Range Rover after shooting 50 birds a drive costing around £35 each to shoot, and maybe with five drives in that day, using our nice guns costing many thousands of pounds. If you're ever in the area let me know and if you fancy it you can back gun for us if you're a shooter...my treat of course and I'll put it down on expenses, unless of course it is one of the many RBS managed days then it is a freebie.

My friend and I were recently discussing about the ubiquitousness of technology in our daily lives. Reading this post makes me think back to that debate we had, and just how inseparable from electronics we have all become.


I don't mean this in a bad way, of course! Ethical concerns aside... I just hope that as the price of memory decreases, the possibility of downloading our memories onto a digital medium becomes a true reality. It's one of the things I really wish I could experience in my lifetime.