The Politics and Economics of Cold Weather 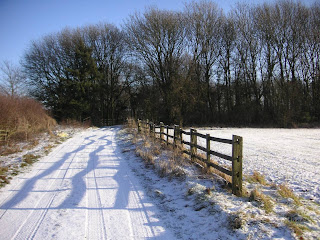 Had to chuckle as the Grauniad sub-heads its story on the UK’s dwindling gas reserves “Exclusive: Severe weather …” Yes folks, some industrial gas users have had their supplies interrupted, and some gas storage inventory has been drawn down. So what ?

Politicians being what they are, it was perhaps inevitable that the Conservatives would try to spin the bad weather ...

"I have repeatedly warned that Britain lacks the essential back-up plans needed for situations like this one". Clark said

… but at best this is a cheap shot and at worst it’s just erroneous.

It’s a fact that Dan Dan the Gas Supply Man lives in dread of very cold weather in December. That’s because, although gas storage is generally full to bursting by November (certainly it was this winter), statistically it is mostly required for Jan / Feb: even March is often colder than December. So a cold snap earlier in the winter presents an acute dilemma: it’s bad now, but what if it’s even worse in Feb ?

Interrupting large industrials who have chosen to accept the material price discounts applying to interruptible contracts is a very conventional second line of defence – and has been from the earliest days of the natural gas industry, long before there was any seasonal storage at all. In financial terms the interruptible aspect of these contracts is an option, sold by the gas consumer to the supplier. Simples.

The nature of climate change is that we may expect more extreme weather. In these circumstances all forms of flexibility and optionality – storage, interruptibility, fuel-switching (which many of the industrials are now employing), diversification of sources – are at a premium.

There are some uncomfortable choices: for example, fuel-switching is becoming more difficult because of environmental restrictions on burning oil. As always there are trade-offs between emissions policy and security of supply: for example, the growing proportion of wind turbines in the power-plant fleet makes everything more difficult (wind has been performing at a pitiful 27% of notional capacity through Dec / Jan – but that’s exactly the rubbish level of performance built into the National Grid’s planning assumptions, so no surprise there). Coal (yup, you guessed) has been shouldering the largest share of the burden, followed closely by gas. Think about that, greenies.

If the current weather pattern had happened in 2004-5, things would have been much worse. Then, we were on the cusp of self-sufficiency in gas, and the new sources of imports hadn’t come on line. Now, we have newly-developed import capacity (LNG + new lines from Norway) that exceeds national demand – and we still get 50% of our supply from indigenous sources. This makes us the best-diversified major energy economy in Europe (arguably the Dutch are even better off due to colossal indigenous reserves) – and all built by private enterprise, in response to market forces. With one signal exception (my favourite story) the government’s role has been merely to grant licences.

Bottom line: though a cold Feb would be hairy after a cold Dec and Jan, this has always been the case. In keeping with all our major EC confreres, we are successfully managing an import-dependent system. We are very well diversified indeed, and currently the system is taking it in its stride. We will need more, not less flexibility over the coming years, and this is in direct conflict with several strands of emissions policies

Watch out, Greg Clark, for you may find yourself wrestling with worse problems than those of Jan 2010.

About twelve months ago on the Oil Drum site there was an item suggesting that February 2009 could be difficult for gas supplies and reserves. In the event it did not happen although it could have been a close call. What is happening now is that it is very cold, and more or less UK wide. I remember '47, and have always had lots of woolly socks.

I bet you could write a really scary story on the resilience of UK energy supply. Particularly in the current weather (or climate, whichever it is). Aid and comfort to the enemy might be taken with a little judicious editing of the post.

Could you be tempted, ND, to freeze the anti-coal front in their tracks with a 'further thoughts' contribution?

'47, Demetrius ?! last time I admitted remembering '63 I (and others of the same vintage) were accused of being relics, by some of of this parish

HG, i may well do as you suggest

(Aid and comfort to the enemy might be taken with a little judicious editing - ??)

I do wonder if they've got the climate change issue arse about face. That it's not the seasons that have changed but that our calendar has slipped.

The answer seems simple to me: Make 1st Jan into 1st Nov and start the clock again - then our seasons fit ...and we'll have hot summers in June instead of September and white Christmasses again.

Interesting I aven seen many green whingers srecently telling me I should cut down on burning all that nasty fossil fuel . most probably as in this weather they'd get a metaphorical kick in the nuts.

I know what you mean, Kev - it's autumn that always gets me: later and later every year

hovis - we've been known to advocate coal-burning around these parts, too (ultra super critical coal, of course!)

Did I understand you correctly that wind power is currently generating 27% of national electricity needs?

I would have thought that is something the greens would be loudly trumpeting "renewables already providing one quarter of UKs needs", but is a stat I haven't heard before.

(remember this when you hear Gordon Brown's fairy stories on the news this evening, about the potential of offshore wind generation)

Does this mean the Drax dividend is looking safer then Nick?

You were wrong about not stocking up on tealights too, Tesco is sold out (or profiteering on smelly ones).

tealights: the Drew household had one of those lucky breaks that don't happen too often: less than 5 minutes before we suffered a blackout this week, a courier had delivered two wind-up LED lanterns we'd ordered

and I'm not even lying!

Dear Nick. The major wind power failing - that extremes of temperature occur in periods of settled weather - is so blindingly obvious to any student of "O" level Geography (damn it, given away my age), that I fail to understand how our lords and masters missed it. However, wave power will never fail us while thereis a Moon. why is there not far more time given to wave-powered generation? As I remember. there were prototyped giving good results in th US a few years ago.

@ND thanks for clarifying, that explains a lot.

There is one area that I think the government can fairly be criticised: that is the lack of encouragement they have given to building extra gas storage capacity.

When comnbined with our dependence on Russia for gas and oil, and the slowness to which they have adopted nuclear power, there is a real case that we don't have an effective energy security policy.

Cold snaps will always happen, prices should rises as a result and things will work out. To have only 6 days of gas in reserve is pathetic.

GOM @ 10:12 pm
I think you mean tidal power. That's driven by the moon (although it varies, predictably, from neaps to springs).
Waves are dependent on wind to a large extent.

@ VFTS. Yes, I stand corrected. Please forgive me, I dined well last night. (nothing else to do, nowhere to go - snowed in.)
Do you know anything about tidal power development?

In the 80's and 90's I was a regional Grid Controller.
Inrerruptability was my decision based uppon the gas available from National System and the physical ability to move gas round my Region. One Industrial load was on a 30 day per annum interruptible contract but was located at a rather dodgy part of my system. However he had undertaken to the alkali inspector only to burn heavvy fuel oil for a maximuam of 12 days per annum . He was always first off and last on - not a happy bunny. Similarly in another Region I understand a prison was an interruptibe and relied on gas for catering!!

On ewonder who signed them up!!

Given we have so many rivers, Nick, can you explain why we don't have lots of mini hydros all over the country? We have a river running through our town..I am sure it could at least power the street lighting? Are mini hydros prohibitively expensive? I know someone who built one in Ireland from a hanging lough, it only takes one person to maintain it, you can't see it, and he makes thousands of pounds every time it rains.

GOM - don't get me started on wind. All I will say is, until it can be viewed correctly (= good opportunistic source rather than pathetic regular source) and utilised appropriately (= topping up something that isn't time-sensitive, like a fuel cell, or pumping water uphill), it is and will remain an expensive joke in very bad taste

Solent - welcome, and yes, as GOM intended, tidal is without doubt conceptually superior as a renewable candidate for predictable supply (which is 9/10 of the battle): but COST is the key, as ever - and environment too, when considering something of macro impact like the Severn Barrage

Lil (or should that be Mrs Berserk ? - congrats again and we want invites to that shindig): as it happens the UK is not blessed with much mega-hydro potential. With mini-hydro - of which there is in fact quite a bit in Scotland and N.England - the issue is scale: titchy power plants are rarely economic compared with really big ones, unless they have some special leg-up like CHP - or subsidies, of course ...

There are companies that specialise in mini-hydro and they are not idle, so I rather guess that whatever profitable potential is there, is being exploited. But, like conservation measures, there is sometimes a surprising amount still to be done.

(a) we (=UK) don't rely on Russia at all - yet [and BTW, my contention is that if & when we do it will behove us simply to get our commercial and diplomatic ducks in a row rather than lose sleep about it: trade is trade and the Russians need the $$$]

(b) the geology of the UK is not well suited to really large-scale gas storage, which is what is needed for seasonal and strategic purposes. We have plenty of scope for tiny, & some for medium, gas storage facilities, many of which have been and are being built. But they are for 'peaking' use, not strategic or seasonal.

(c) the single UK mega-project - 'Rough', in the North Sea - was built in BG's days as a archetypal gold-plating monopoly. It wasn't economically justified at the time it was built, nor for many years after. We may be getting another of these in the coming years but only if the economics stack up and I have me doubts, because ...

(d) ... by far the best approach is free trade across the EU gas system ! This is what we do rather effectively with the 'IUK' interconnector - we export to Europe in summer and import in winter, which is the essence of storage.

There is plentiful storage across Europe and with open markets and good price signals something clever and optimal will result. A big topic and not necessarily one for the comments column ...

Feel free to dispute my answer to other-Anon above !

and yes indeed, the trade-offs on fuel-switching are awkward

Well, I guess all these things look more affordable to individuals with the price of leccy being what it is today.

Another friend has spent more than two years trying to get permission to reinstate generators at an old mill in Cornwall...like pulling teeth it was, getting all relevant permissions and agreements.

Would be delighted to have you there! Must organise the blessed thing :-)