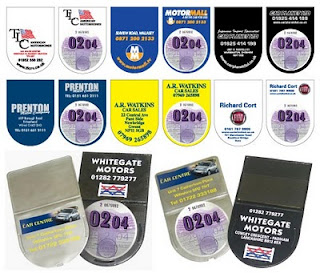 Already announced headline tax rises are the 1% on N.I. , which is a special double tax on employees and employers. Also the 50% tax rate for highest earners. The fuel duty rise, another double tax really with the VAT added to the rise.

Less talked about today is the car vehicle tax rise, announced like many stealth taxes, in the previous budget.
There is a reduction by 30% for those minuscule emission cars, like the 1.0 Toyota Aygo that no one actually buys, but a 5% rise on the lowest of Co2 emissions normal cars like a Ford Focus 1.6 or a Vauxhall Corsa..
The average driver in the very common band I, of a Golf or a Mazda 5 will see a 15% rise.

But the big jump in tax under the weakest ever green tax argument veil was the new car tax. This showroom tax is adding a considerable sum to a new car. Again, the band I will be £300 instead of £200. A 33% increase. A Mercedes C class tax will be £750. But of course the owner won't pay. The dealer will. Tax included will be part of the discount package. Except it won't. The vehicle tax increase surely will be added onto the price of a new car, and discounted off by a determined haggler, but increasing the price of the car, with VAT payable on the extra too. Double tax time again!


And add to this anything that the Chancellor has thought up for today. Ariel tax- car radio tax - tax for each vehicle wheel - Car door tax ...
Will he do a bicycle tax? He should, but it just doesn't fit the green initiative.

Note* If your vehicle tax is due in April you still have 1 week to buy it at the old price.
Posted by Bill Quango MP

Anon: You are of course correct. I was thinking like a Treasury spokesperson...

This arrived in my inbox today.I don't know if this would work but it is an interesting idea. I try to use only Shell diesel as I reckon it gives me the best fuel consumption figures. Thoughts?

Begins:
This WILL actually work, if we all act as a group.
The price of oil is as low as it has been for a while, the oil companies have simply jacked their prices up and the government will not do anything as they rake in extra VAT for every increase.

We are hitting 120.9 a litre in some areas now, and soon we will be faced with paying 1.50 a ltr. Philip Hollsworth offered this good idea:

This makes MUCH MORE SENSE than the don't buy petrol on a certain day campaign that was going around last April or May! The oil companies just laughed at that because they knew we wouldn't continue to hurt ourselves by refusing to buy petrol. It was more of an inconvenience to us than it was a problem for them. BUT,whoever thought of this idea, has come up with a plan that can really work.

Please read it and join in!

Now that the oil companies and the OPEC nations have conditioned us to think that the cost of a litre is CHEAP, we need to take aggressive action to teach them that BUYERS control the market place not sellers. With the price of petrol going up more each day, we consumers need to take action. The only way we are going to see the price of petrol come down is if we hit someone in the pocket by not purchasing their Petrol! And we can do that WITHOUT hurting ourselves. Here's the idea:

For the rest of this year DON'T purchase ANY petrol from the two biggest oil companies (which now are one), ESSO and BP.

If they are not selling any petrol, they will be inclined to reduce their prices. If they reduce their prices, the other companies will have to follow suit. But to have an impact we need to reach literally millions of Esso and BP petrol buyers. It's really simple to do!!

Now, don't wimp out at this point... keep reading and I'll explain how simple it is to reach millions of people!!

Again, all You have to do is send this to 10 people. That's all.(and not buy at ESSO/BP) How long would all that take? If each of us sends this email out to ten more people within one day of receipt,all 300 MILLION people could conceivably be contacted within the next 8days!!! Acting together we can make a difference . If this makes sense to you, please pass this message on.

It's easy to make this happen. Just join this group and get all your FB friends to join or forward as an email to everyone in your address book, and buy your petrol at Shell, Asda, Tesco, Sainsburys, Morrisons, Jet etc. i.e.. boycott BP and Esso.
Ends

I was sent it some weeks ago by a small business quango.
Can't see it working as the numbers involved would have to be significant. No shell or BP near me. In fact only Texaco 0or Morrisons.
The supermarkets already effectively force fuel prices down as its a tiny profit draw line for them.

Wait until the road pricing arrives. In 20 years time, once we're all in super-efficient hybrids and electric motors, how will they tax the motorist?

They'll sell the motorways and introduce satellite pricing on the back of it!

Who do you think the supermarkets buy their fuel from? Duh!