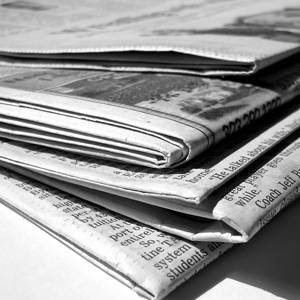 The banks have been broadly on the defensive for a couple of years now but my capitalist media-antennae tell me they are drawing up the artillery in preparation for a struggle to get those pesky governments and regulators off their backs.

We'll be looking at some of this in detail shortly, but it's another nice day and so for now, here's just a reading list from the Sunday papers.

- From the Telegraph: HSBC doesn't want to be broken up

- RBS doesn't want to be thought of as socially useless (and we certainly can't move for NatWest 'Helpful Banking' ads these days, can we ?)

- The Indy suggests that Osborne has already been nobbled

- From the Observer: PWC worries (on behalf of whom, we wonder ?) that if banks are made to hold more risk capital we'll all suffer (this is a really juicy issue we shall certainly be coming back to)

- And from the Scotsman, this time it's the Scottish wing of PWC worrying that, errr, Scotland will suffer (thus proving that it's part of a coordinated lobbying campaign)

What with the Bank Of Old Buffers limbering up on the horizon, the battlefield is getting crowded ...

On the other hand the markets and real zero economic growth might do for the banks in any case if the funny money loses its sense of humour.

I don't have much to add to this debate.

But I wanted to comment to give a big thumbs up to this kind of story.

Spotting coordinated campaigns and warping 'narratives' is one of the big failures of the mass media. And thus my main reason for reading this (and other) blogs.

James - thanks, our efforts are inevitably puny but at least we are trying

apart from Economist & the Eye, everyone in he MSM is either too lazy or has been bought

Demetrius - yes it does seem a bit too soon for them to be getting stroppy again, esp. if they have any exposure to sovereign risk (& who doesn't?)

Bill - so will they have call centres ? free pens ??

The Bank of Old Buffers is doomed in its current incarnation.

My parents will not use a cash till and want to talk to someone.

I am happy to use and ATM and go online

Younger colleagues feel positively offended if they have to talk to someone - call centres are so 1990.

In other words the meaning of convenience and customer service is changing from someone you can talk to after queuing at between 10 and 3 to a website that does what you want immediately at 2am.

There is a market out there, I (http://www.poverty.org.uk/73/index.shtml) think that about 5% of the population do not have a bank account - but making money out of that 5% will not be easy.

The Post Office would have a good chance with that.

The whole Postbank thing is aimed at that market.
No bank accounts, limited cash and credit and the non technical.

The counters are maned already, for postage and licences, so if someone wants to withdraw £20 without using an ATm they can.

Nationwide?{I think} have stopped counter transactions of under £100. Many of the others will follow.
A staggering number of over 70's have NEVER used a cash point.

He doesn't have car tax, an MOT or insurance either. He does have a drink driving ban though.

He has a big widescreen TV from Brighthouse and misses the payment every week without fail incurring small penalty charges, but he doesn't care about them.

He's a complete dufus in other words and doesn't deserve a bank account. Why the government spend money trying to educate these people is beyond me.

The difference between me and your flatmate is 6 months, a good credit rating and possibly some expensive (government funded) education.

It does me good to be reminded of that.

EARN GLOBAL MONEY gives you instant access to a dynamic, scalable, dedicated and responsible development program - a committed to meeting the highest standards, committed to delivering on promises, and committed to ensuring every program success.click here

Nick - Not to worry, the dinosaurs will pass away eventually. Meanwhile some of us are building their replacements.