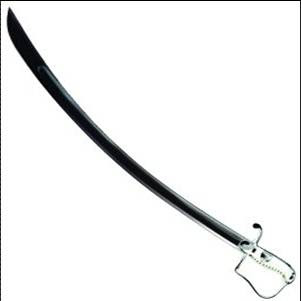 Osborne's Budget met the Machiavelli test pretty well: he's started on the nasty stuff at the earliest opportunity - though it would have been better still if the even-more-painful Spending Review could have been expedited.

It's less clear whether he has measured up to the Moltke test. On the one hand he took the opportunity (rightly or wrongly) to change his positioning vis-a-vis VAT; on the other, there is no sign he is modifying to any material extent the less-than-ideal ring-fence around the NHS. Will October be too late to execute this much-needed maneouvre ? Probably not, even if there are some face-saving presentational niceties to be observed. For example, some local authority services could be transferred into the NHS budget to effect the desired result.

Small-scale tactics aside, the strategic benefit of being brutally up-front with the machiavellian medicine is immediately apparent. Grown-up expectations are pretty universally aligned with reality just now: so Teresa May can can tell ACPO that 'big, tough cuts' are coming down the pike for the police, and they take it on the chin - constructively, even. The BBC can announce 'dramatic' pension and salary reductions without everyone downing tools. Estimates of 000,000's of job losses, freely discussed, serve to reinforce realism in the public consciousness.

Of course, Bob Crow is limbering into action, issuing his 'call to arms'. There will be no stopping the Trots and assorted ne'er-do-wells from chanting and marching and smashing high-street windows. Bring it on, comrades, the sooner to get your spartacist spasms out of the way.

If the Spending Review is destined to take months, let it spend the time wisely to ensure the hits land on the right things. Perhaps Daily Mail anecdotes aren't reliable to the standards required in a courtroom: but there is no doubt whatever that the public purse is routinely and monstrously abused - see Harriet's 'Peace Pods' as slated at PMQs yesterday. Every politician, national and local, should be putting acute, personalised pressure on senior public-sector management to offer up the right cuts, not the dumb-insolent, bleeding-heart headline-grabbers that are Sir Humphrey's traditional tactical resort.

None of this will work unless the Tories get off their collective backside. The Tories must kill the lie that we owe so much (government) debt solely due to "the bankers". This mantra (hat tip CU) is now nearly embedded in Labour minds, and the Cleggerons have done next to nothing about it.

The Tories never managed to kill the lie about wicked Thatcher cuts to the NHS, presumably because they don't care and are bone idle. I have spoken to Labour supporters and their view is the last 13 years didn't happen and it's all the fault of Thatcher/Tories/Bankers.

so what do you reckon to the Bank Levy, Budgie ?

ND - do you sometimes realise that what seems perfectly clear to you, is simply not comprehended by someone else? I just did.

Seriously, what has the (proposed) Bank Levy got to do with what I commented?

I am talking about the propaganda war: the Tories have nearly lost it already, and they (and it appears you) don't even know you have been fighting it. The "Bank Levy" will have no impact on Labour voters' beliefs. The Tories must teach people incessantly about Labour's profligacy - or lose.

Budgie, I've tried explaining to them - forget it.

I usually explain it as too much spending and taxation was brought forward through borrowing.

You've got to be balanced - talk about consumer debt and corporate leverage too - and use very simple examples (i.e man remortgages to buy a BMW, debt is securitised, follow the money and tax for them right down to Brown's dividend tax on their final salary pension pot) and they do get what you're saying.

what part of "The Tories must kill the lie" didn't I understand, Budgie, unsubtle fellow that I am ?

what has the (proposed) Bank Levy got to do with what I commented?

well, for example you might have thought it was a sop to the left; or that it was necessary, but in danger of being misinterpreted ... who knows what you might have said?

ND, the efficacy of this or that cut or levy is irrelevant. First and foremost you (ie the Tories) have to convince, particularly Labour, voters of the existence of Brown's profligacy.

The Tories failed to win the propaganda war about the so-called NHS cuts. This loss haunted them for 25 years. They are likewise failing to (ad nauseam) explain about government debt and are already nearly defeated in this propaganda war too. Without realising it, as you appear not to.

No Labour voter that I know would be remotely swayed by something practical like a bank levy. Their view is "the cuts" are a con, and if we are in a bad position it is due to "the bankers" (and "Thatcher" and ... as S_L said), and not Brown. You won't win them all, but unless a lot more effort is made propaganda-wise, all the clever cuts will be a waste of time.