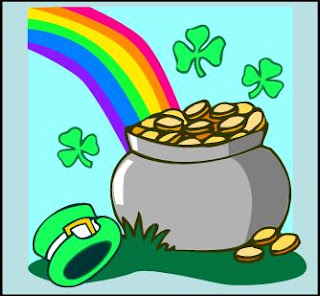 "The regime being imposed on Ireland is utterly unrealistic. A depressed and deeply indebted economy with just 1.8 million people at work cannot underwrite private banking liabilities of €200bn."

Maybe Eire could become the 52nd state of the USA, so it might.

Well, yes. But who decided to join the Euro? The Irish people were very keen on it indeed and took full advantage of the far-too-low-for-Ireland interest rates, the massive injections of British and German taxpayers' cash to build roads etc..

And of course Ireland could always leave the Euro if it wanted to...

Eire will not leave the Euro - not just yet, anyway. There is far too much hubris and political capital tied up in being members of both the EU and the Eurozone.

It is however a tremendous economic and political burden that Eire bears. And of course it will not be the political establishment which pays for these mistakes, it will be the ordinary people. As is the case everywhere.

I wonder if it will be Eire or Belgium that becomes the first EU directly ruled vassal?

So the incoming administration is making noises that a sovereign state can't be bound to the bail-out terms agreed by a predecessor. The people have spoken, so they have!

Over the past 20/30 years I always wondered how such a small country with a relatively small population could go around the UK buying ex building societies, retailers, etc things did not seem to add up in my mind, now after their crunch it's all come out, a sort of money creation on a massive scale, don't forget in monetary theory banks create money, and bankers in a lot of countries have been creating massive amounts of money it is now pay back time and the bankers just walk away, "It's not my fault guv".
It is hoped that governments have learned from this very sad episode in history, not to blindly do as bankers want because it is profitable to them.

Following India's recent purchase of Gold from the IMF (which I believe to be an Unallocated Account!!!), China was strongly motivated to increase PM accretion of the Physical. So has India. If India's launch of silver coimage is a fact, it will hasten a Chinese response!...probably in conjunction with Russia, since they already have ongoing currency agreements that also preclude the US $ intermediation.

The ones hoist on their own petards will be the paper cartel...ultimately.

I note that the nations in the Middle East where revolutions are swirling, are in turn past victims of IMF debt negotiations that have weakend their social state through extreme poveety.... the very nations that export oil to the west! Egypt today banned ALL exports of gold, in whatever form...no doubt much of their reserves were recently, errmm... stolen.

The Irish would do well to observe the international groundswell against the fraud of the paper cartel...they are in a unique position to negotiate strongly since the have a hostage... the European Union continued existence.

Camoron should also take note...immediately exit from Afghan...as the SCO is planning for a NATO failure in that region... would be a good first move, and bring out a credible plan to expand the private sector!

The age of Keynes has been proven a fraud. The use of Monetarism is on the point of failure.. the crack-up boom, is evident everywhere. The Austrian School is being proven correct.

All nations must realize that money printing is destroying the world...

The global protests/riots are anticipated in the overall plans discussed at Davos..part of the planned approach to maximum dis-equilibrium, at which point the, - their, solution will be presented. The SCO is aware of this. And Pakistan has observer status at the SCO.

When you add in the existence of a flue virus specifically targeting the South East Asian genome, you get rather angry!

All part of the buildup to maximum dis-equilibrium, designed to deflect western voter anger and retribution, from the real culprits.

(did you know that Osama's name when touring US military installations, the White house and a few other choice spots was Tim Osman..a name given by the CIA who recruited and placed him, and financed and trained him....you do now!)

For some reason the first part of my post immediately above has vanished.

The second part makes more sense if the first is visible.

Can you find it?

Tab down to "Metals Prices".

The prices paid for the recent quarter are so far above spot, that on average they must have sold at spot plus 20%/30% throughout the quarter!!

You have to wonder, are they part of the paper cartel bullion banks food chain, who then sell into Comex or LBMA at a loss, to enhance paper fiat value?

or maybe something else?

anon - your lengthy comment starts at Following India's recent purchase & if there was more, well I can't see or recover it ...

I shall be posting on physical vs paper etc later today

BE, JT, budgie - I reckon a typical episode of Father Ted tells you all you need to know