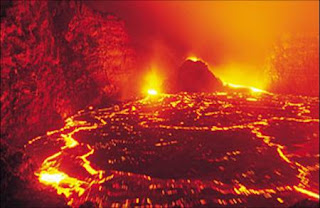 Back to business: it's looking ba-ad. Alphaville calls a meltdown and who's to say they are wrong.

Back in 2008 we wrote that the dominos fall in slow time: Sackerson responded then that at least that gives one time to do something. They started falling in 2007. What have we all done in the last 4 years ?

bad calls, then very good ones, now bad ones again.

If you have your butt covered and you're aware it could all go pear-shaped, you might do better than most.

Paid off my mortgage and credit cards....

Well, I've suggested Dow 4k, FTSE 2k, inflation-adjusted - but I don't think this is the moment - and it won't happen in one go. Just my amateur hunch.

We have gone nowhere market wise since 2007 (FTSE High 6750) now down over 17% on that figure or recovery wise. As my limited brain understands it, the excess credit must be wiped out before we start a recovery - defaults must happen and asset prices must fall (further).

So is this actually the start of that process at last? Markets tanking, Italy in the bond markets sights, Greece preparing for it's burial. UK shooting blindly with eyes closed, US got a shiny new credit card with a 2 trillion limit.. how long before they blow that out out of the water?

I may have retreated from the action early, but still can't quite say I told you so... Time will tell :)

I paid off the credit cards.
But the mortgage seems to have got bigger.

Given low interest rates are here to stay, mortgages perhaps should have got bigger - I thought that was one of my better calls!

I'm also relying on my youth and good looks.

Bill, of course your mortgage has got bigger...hope you're not one of the scoundrels being investigated by IPSA...

hmm, well, having no youth or good looks ...

I started this one rather badly - got out of equities decisively in '07 OK, but didn't get out of various bank instruments as quickly as I should: ugly

PMs and ns&i tax-free inflation-plus have seen me right, plus a bit of ducking & diving

and have linked the mortgage to various cash accounts which is fantastically flexible & efficient, can't see why everyone doesn't

still holding a bunch of EUR-denominated stuff: has worked out OK so far

As soon as it became obvious that the banks were all "too big to fail" in 2009 I went and bought shares in Barclays when they were about 60p. I flogged them when they got to £3 and paid off all my credit cards. Apart from that, house-wise we traded up & got a much bigger mortgage. So if interest rates go up to 10% I'll be *ahem* f***ed. Nothing ventured, nothing gained!

I've squandered my savings on high living and carp fishing. But I'm qualified now and have a safe (but badly paid) job in a nice place where I might have decent career prospects (if the boss keeps drinking/smoking like she does).

But I've traded throughout the crisis on cfd's, spreadbets and more sensibly in an ISA. Although I've lost a little bit of money (and only a little bit, out of probably over £1m of notional positions (not including STIRS) I've taken since early 2008 I've only lot about £1k.


As I say, I spent most of it having a good time. Ironically the 'global financial crisis' (late 2007 - late 2010) was the most affluent period of my life so far, but only because I had a nice windfall in 2007 and a government job.

I think I have learned a lot in the last 4 years about finance, but have probably neglected learning about my real job at the same time.

I like to think that if I did suddenly come into a lot of money I'd know what to do with it now.

PS. "what have we all done in the last 4 years"

We've had a couple of bloggers drinking sessions down by London Bridge if nothing else!