Greece, ISDA, Derivatives - and a Puzzle 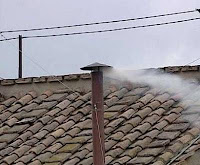 So the ISDA committee pontificated on the Greek bond-swap, the smoke issued from the chimney and yes, habemus papam, we have a Credit Event.

This is interesting. The conspiracy theorists had predicted the committee would be swayed by substantial Wall Street influences to vote the other way - against all reasonable judgement - in order to avoid them having to pay out (mainly to European banks) on untold billions of CDS liabilities. You could see why they might: and the word was that an avalanche of systemic risk would otherwise be realised.

Well, t'committee jumped the right way and good on 'em. The whole purpose of ISDA is to have an internationally credible contractual basis for transacting derivatives. ISDA provides definitive guidance on contract language for drawing up forwards, swaps, options etc to ensure the transactions (a) achieve the desired commercial result and (b) are enforceable, which isn't always easy. The problems relating to the first part of this have largely been long-since solved; and for enforceability the usual solution is to have the contracts made subject to English or New York law (i.e. common law, none of your civil code nonsense). But bankruptcy and default will often perforce be subject to overriding local law, and in consequence most of ISDA's work over the past decade or more has related to 'credit support' issues. ISDA's credibility is absolutely vital.

Here's the puzzle. Far from this excellent decision resulting in meltdown,

"according to the Depository Trust & Clearing Corporation’s CDS data warehouse, the total net exposure of market participants who have sold CDS credit protection on Greek sovereign debt is approximately $3.2bn as of March 2, 2012"

and the payout would of course be even less - i.e peanuts, relatively speaking. Do we believe this ? Time will tell.

Incidentally, when writing that ISDA's cred is vital I am conscious that some C@W readers consider derivatives to be the work of Old Nick. Well, take it from Young(er) Nick, this is badly misconceived. Example: without liquid forward markets in commodities there can be no effective & sustainable competitive markets in the physical commodities themselves, for reasons I could bore you with at length. Does anyone around here doubt we need competitive conditions in such markets ? I hope not.

And for effective forward markets, as with any derivatives, we need (inter alia) bankable contracts, and depth - which in turn requires speculative money at the table and plenty of it, as well as 'natural counterparts'. We must hope that things are as benign as they now seem, and that the hype around ISDA's Greek decision was as ill-informed as the Y2K nonsense.

excellent post. My harrumph about the nonsense house support can wait!

latest reports say $2 billion paid out...versus a debt pool of $350 billion. Incredible really and let's see but you are right it does have a Y2K feel about it all.

A very interesting post, ND. I am relieved that the ISDA decided there had been a "credit event". After the ECB's trick of 'the old Greek bonds are the new Greek bonds' to avoid a hit, it is nice to know that some honour remains, albeit if only in the private (ie non-government) sector.

However I am puzzled - I understood the frequently quoted $3.2 billion figure was the estimated net payout, but you are saying the net will be much less? Are you sure this is right?

Budgie - I only know what I read, and the quote in the post is exactly that: net exposure = $3.2 bn which, as you gather, surprises me a bit by how low it is

there is of course the interesting question of how effective the netting will be ... not always a given, but should be OK if ISDA contracts have been used

(I said 'even less', not much less, and indeed it might be almost as much as the exposure itself because the recovery may be next to nothing, and any collateral may likewise be pretty worthless)

Stupid Boy question for you:

My understanding that the fear was that people had "insured" themselves against a default on bonds they didn't actually own, i.e. that an official default would trigger payouts for people who weren't actually exposed to the default as such. Is that wrong? Or were there just not as many people betting on default as some feared?

And pre-empting CU's housing market rant here is an idea he'll like: Bank of England mortgages.

BE - a very good question, boy, go to the top of the class

one can indeed use a CDS (or variant thereof) to speculate, not least because it is a derivative and not an insurance policy

I have no idea whether "Depository Trust & Clearing Corporation’s CDS data warehouse" captures all the relevant exposures: & since a derivative is just 'an exchange of cash-flows between consenting adults' there is no obvious reason why it should

Or were there just not as many people betting on default as some feared? - could be an irony here if punters believed ISDA would never declare a default !!

Knowing nothing about derivatives and the like, I read Gillian Tett's excellent "Fool's Gold", which details their invention at JP Morgans and subsequent abuse. Fascinating, and easy reading for the lay person.

Nick - have you come across the Slog's Blog? Excellent, IMHO. He's been following the Greek farrago in depth, and seems to have contacts all over the place. Today he relates an appalling tale of mass embezzlement in Greek high places, involving all sorts of well known names.

By the way Captcha is a NIGHTMARE for those of us with poor eyesight - t0 the etxent that on some blogs I have given up after 5 or 6 tries at getting it right. Let's see how we go. I can't make head or tail of the second word, so I'll guess and then try the next one.

Nope. That didn't work. Once more with feeling.

Elby - thanks, that is is great link. (You'd think that bent companies would come up with a description less rank-smelling than ‘facilitate contract awards’ in their accounts !)

I have a friend - a shipping lawyer (and former MP, no less) - who said his typical client was a Mr Unscrupulopoulos of Pireas ...

our apologies for the new wv, it is ghastly I know (but

The greasing of palms, in other words.

The Slog's blog is excellent, stumbled across it a while back and it is compulsive reading.

I did try the audio version of Captcha a while back. It's even worse - if that is possible!

what I had intended to say above ("but ...") was that I couldn't for the life of me figure out how the old captcha could have possibly worked against even the most basic OCR - the letters were frequently separate and really very easy to discern indeed ! So something had to be done

@Elby - I didn't know the exact details but that level of corruption is well known. The political class are corrupt to the core, especially PASOK who constructed this client state.

These are some of the reasons that tax dodging is a national sport - why bother in a country with no real social contract and politicians who gouge the public purse so openly. The actual amount spend on benefits is small when compared to the utter corruption the people are being asked to foot the bill for.

Now I understand a bit better. You aren't supposed to buy insurance on things you don't own apparently.

that's a pretty good article for a Beeb piece: thanks for the link, BE

yes, that's the neat thing about derivatives: although the accounting for a speculative CDS can get awkward - if anyone is being scrupulous about it, which since 2008 they are not being encouraged to do, for fear of what it might reveal

glad to see our wv algorithm is working more-or-less properly ... pity it can't spell hellenic, though

you stopped my search...i got the right article
thanks for sharing this

I truly love reading your post. Thank you so much for taking the time to share such a nice information.