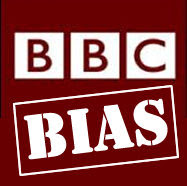 What a surprise to see the BBC take a story and run with it against the Government. Especially a story about Charities, nice and bleeding heart - and also a state funded sector in the main, like, er, the BBC.

However, even by the pathetic standards the BBC imposes on using any anything which is not of a left wing viewpoint, this is bad. Apparently, 9 out of 10 charities fear the Governments' tax changes on philanthropy could harm their income.

What sort of question is that? Do you fear that damage maybe caused to the Earth if it is hit by a large meteor? Do you fear for the impact on wooded areas due to a rise ursine defecation?

You can't seriously do polls asking 'fear' questions - well, let me clarify. You can't do any kind of balanced polling by asking a question about a potential fear - it's a pure nonsense.

So who did this poll that the BBC thinks is front page news..umm..the Charity Aid Foundation. Clearly, this organisation is not what you would call an uninterested observer to the proposed changes.

For a change in recent times, I don't really see how the change will impact charities. People can still give up to 25% of their income in Philanthropy every year - I can't believe many people ever fall into the category of doing more than that, although perhaps it could affect large one off donations, that instead may have to be staggered. Clearly too, the Government has seen that some people are donating all their money to offshore charities which perhaps they end up benefiting from (this though is surely a separate loophole that needs to be addressed).

The Government is also no doubt worried about its tax base. If we all gave all our money to say Donkey Sanctuaries, then there would be no tax income for the Government - not that I agree with this, but I can understand why a large statist Government would be keen to prevent this 'nightmare.' I can also see how this angle stops the Labour party from getting too irate as they are an even more pro-State group than the Coalition.

Allegedly the BBC is supposed to be about balance reporting, I can't see any balance here as it defends its fellow travellers.

I get that you like to rage at the beeb every now and then, but the CAF have been active across the media. Are the Mail, telegraph, Sun and Sky news left wing now?

The funny thing is that I am noticing more and more people on twitter complaining about the BBC being state propagandists. cant please em all etc.

personally, i suspect this will soon be filed under u-turns

Dear Mr Cityunslicker,
i hope you will appreciate the good work that charities do.

for instance "The office of Gordon and Sarah Brown" does great works for charity around the globe. The encourage investments in third world countries and add status and gravitas to public speaking events.

The fact that this allows Gordon and Sarah to travel the globe all expenses paid, have an office and equipment VAT free, and to employ staff to run their business..erm..I mean..run their charitable operation, without paying tax is a very small price for the exchequer to suffer in order to permit these wonderful people to benefit us all.

ROYM - Your quite right, the whole media have seen the bandwagon and jumped on it.

Success for CAF, less good news for those who like real evidence as opposed to Made Up Research (a company for which mr Quango is an executive director by the way).