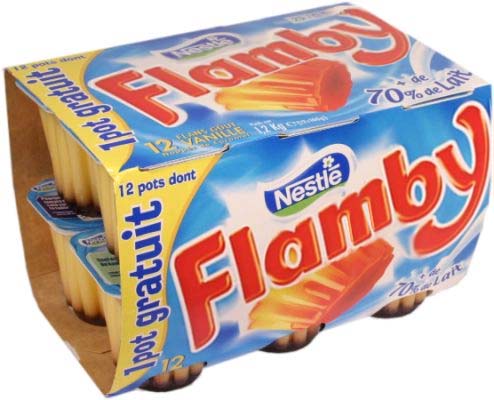 (...and maybe start some in the UK - another post for this later in the week though).

The Sweeping victory for Flanby has culminated in him saying it was a decisive vote against austerity. ( I not what Boris won with the same level of votes, but apparently he scraped in - media translation is everything!).

I must say, I can't agree more. Austerity is the last thing the broken Eurozone needs. Countries with unemployment approaching 30% and GDP sinking year after year. There is no need for this to happen at all.

Clearly, these countries are bust and it is time they woke up to that fact. The whole population will have to hand over 50% of their wealth - but in return they will get an economic boom and the chance to get back to these levels of wealth within a decade or so.

This process, called devaluation, will also be helped by leaving the euro and starting afresh with a new currency. Greece, Spain, Portugal all need to do this - probably Ireland too.

The Victory of the left parties will as ever prove the beginning of the end. The People's of Europe did not believe the Right wing parties when they said it was necessary to make cuts - too much do people rely on the help of others for their lifestyles. Now, they have voted for fantasy they will infact bring forth reality.

Euro exit is going to be very painful and the markets are going to have a hissy fit. Banks are hoarding money so it looks like we may get a credit crunch and the devaluations. This could make 2008 look like a tea party. At least in the UK the process of devaluation that will be forced on us will be relatively painless - another 20% or so is needed if the Euro collapses.

Hard hats to come, FTSE will drop 2% tomorrow, maybe more with days of this to come.


And you thought this summer was going to be about the Jubliee, Euro's and the Olympics.
Posted by CityUnslicker

Funny you should mention "drop 2%" CU, that's exactly how EDF has opened, and for good reason

let us see what the week brings

Hmm looks like I 'm choosing the right moment to take a sabbatical.

Um, exactly which 'right wing' parties are demanding austerity as the only solution to the Euro crisis? It seems to me the split is not Left/Right, but the managerialist middle vs the extremes. Most right wing commentators would recommend the southern Euro states leave the euro (and thus devalue), or that Germany left with a northern hard core (and thus let the remainder devalue). And I suspect (though couldn't be sure, not moving in those circles) that the Left would agree. Its the pigs with their snouts in the trough at the moment (whichever nominal colour they are politically, they are all the same pretty much - think New Labour vs the current Coalition) that want the party to keep going.

Isn't June the big one in France though? The Parliamentary elections - if the Socialists win big, then Hollande can drive through changes, if not, well, he can't.

And whilst the Parliamentary elections usually reflect the Presidential one, from what I'm hearing from people in France, it's not a shoe-in.

The problem is that the population are wise to devaluation, particularly the French.

So the rich will move their cash into German/Swiss banks. Devaluation means large profits.

Then the French government might try and tax this gain, but that means the money won't flow back into the French economy.

Remember too that most of all government's debts are pension debts. Owed to the citizens. That makes it hard to default on them. You just end up hitting the middle class, and pushing lots of people onto benefits. Pension debts can't be solved by devaluation. They can just be solved by default. Long term they are solved by moving to investment based pensions. Compound interest works.

The last two years of QE and the like was just a breathing space to let the elite and their crony capitalists clear the table of any tangible assets. The whole Ponzi scheme of Western welfarism is on the cusp of collapse.

I noticed that 'media narrative' yesterday. the papers had to hedge their bets for the morning, with no winner announced, so that explains their narrow win take.

but the broadcast media had a kissy fit over Hollande.

"Narrow win in a much closer than expected election for Boris Johnson."

Can't imagine in any circumstances Livingstone's defeat being called 'humiliating'.

There's only one source of cash left in Europe big enough for his leftist splurges. It's au revoir the les rosbifs's pension pot, no doubt aided by the quisling in No.10!

Not so sure about the FTSE -2% tomorrow

GBP has risen against the EUR but not really against USD

@Anon - 10.02 - reminds me of the Airplane scenes with Lloyd Bridges, still brilliant today.

I said another crisis was due a day or two ago. Nice to have someone agreeing with me for a change.

The 3 has been holding up well against the Euro for a couple of weeks now.

Our rallying slogan seems to have paid off.

Not enough. Look at the sizes of the debts.

7,000 bn on government debt when you include the ponzi pensions.

Not enough in private pensions to fund it.

So they are going to default, probably after robbing the pensions and finding that doesn't work.

Pension debts can be solved by default......
Hmm what happens to the pensioners are you going to line them up and shoot them, including your parents. If not then you change pension debt into social security debt because they have to live somehow.
Also no one will ever save towards their old age so you have created a permanent monster bill you cannot escape from.

but how much is already priced in? Surely even the most fatuous market-maker must have reckoned that Euro-dissolution was coming down the tracks. Some of that must be in the price, surely?

Graeme - priced in , a euro collapse will surely have the FTSE back at 4000 or below.

Priced in is a nice rear view mirror phrase beloved of Journo's who don't actually particiate in the market themselves.

As for the comments re timing, I am still none the wiser the charade may have another year or two left. Does'nt feel that way but it did not in March 2010 either and here we are...

In the current BBC/Leftist lexicon, "austerity" appears to be a pejorative term for "any attempt to live within our means".

Whereas "growth" appears to be a euphemism for "yet more unfunded public spending".

No doubt the fact that BBC/Leftist types are almost invariably to be found nestling within the soft end of the public sector has no bearing on their purely objective analysis of the current economic situation.

But just imagine if the EU should come to its senses, Euro abandoned or PIIGS cut adrift, the peseta and lira (and franc?) return ...

At the moment sterling looks pretty good against the euro. If the eurozone should ever sort itself, the UK economy might not look quite so pretty ...

As ever, the only "solutions" are:

It seems to me that some of these options will be easier to bear than some of the others.

Which will Europe choose?

Question of time now - are we taking bets when?

thanks for the comment, CU. I guess it means that any investor who is pricing it in/discounting it, or whatever the jargon is, is in the same kind of position as Tony Dye at Philips and Drew who got fired for his bearish views just before the big bull market finally broke.