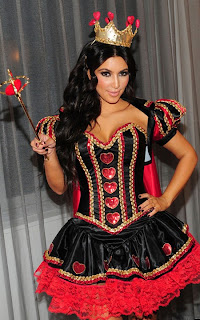 Had a discussion elsewhere where someone was exploding about the costs and privilege of the royals.
When I said I thought they cost around 52p a year to each person in the UK they replied that those costs exclude security at public events, their residencies, travel expenses or entertainment.

Now, I'm not an expert on the royals. But it seems to me those expenses would surely exist with a Head of State. The new elected Head of State isn't going to live in social housing. They aren't going to host a commonwealth convention and dish out cheese straws and a penguin biscuit, washed down with own brand cola. They aren't traveling in their own hatchback with their own private security. They will be using exactly the same resources of the state as a royal would.

'But the castles and houses!' cried the other party. With some justification.
Except, part of the money we all pay the royal family goes on the upkeep of historic buildings. We would have to pay for them anyway. Unless we sold them. Windsor castle sold to an oligarch billionaire? Any politician want to float that past the public? Even promising all the proceeds to charity and it would still be tough. So we pay for our historic buildings anyway. All that would be different would be you could pay to go in and have a look around.

Then the counter was that the Royal Family don't generate any trade for Great Britain and that a president would create just as much tourism as a King.
Now that was patently untrue. My opponent used the example of Barack Obama and Bill Clinton who people do flock to see and visit Washington to view. But they are exceptionally charismatic people in the premier nation of the entire world. And people do NOT book a holiday in the USA to see Obama.

It was then pointed out to me that France has significantly higher numbers of tourists visiting than the UK and they have no Monarchy.
I replied that Spain has even more visitors than France. They do have a Monarchy, but its irrelevant to tourism numbers.

France has more tourists than the UK because it has borders with Belgium, Germany, Switzerland, Italy, Luxembourg and Spain. Its easy to drive or rail from any of those countries. The UK Eire. But only in Northern Ireland.
France has a Channel, Atlantic, North sea and Mediterranean coast. Proper mountains for good skiing. Proper sunshine for beach holidays. Proper countryside for cycling, walking or relaxing and all the historic / religious monuments and craft industries any middle class family might want to inspect.
The ultra  tourist attraction for Europe, Disneyland is in France.  So France has an edge. People aren't visiting to see the President. Spain is even busier with tourists than France. Want to guess why? Do we really think people are visiting the UK for the weather?

The UK generates an unknown amount of tourist revenue from the monarchy. But if its in excess of £38million quid we are ahead. I cannot believe it could be less than £38m. It must be that in annual tea towel and mug & coaster sales alone.

But what decided the argument, in my view, was this comment from an American reader.

"Now I don't have a dog in this fight, but I thought I'd share a view. In the USA we have the Kardashians. They are what passes for monarchy in the US. Sure we have a President and first lady and they get press, but they don't generate excitement. Probably no more than when your Prime Minister visits a school.

But if you say 'Kate' to anyone, and I mean anyone, male or female over here in California, they know who you mean. They know its Kate Middleton.
If you say 'Boris' maybe 1/2 of people would know, especially if you said English Boris, because of the Olympics.

David Cameron?  Some would know. Not many.  Ed Cledd? Herman Van wassisname? Not a soul would know or care who they were. Certainly wouldn't be planning a trip to see them.

I'd tentatively suggest that you guys

A} look at the cost of the US Presidency which is measured in the hundreds of millions of dollars
&
B} Brand recognition. For you guys Its generally positive coverage all the time. And if costs a few million dollars, it seems remarkably cheap. We have negative world coverage all day long and costs us a fortune."

So, CU. Your republican stance is going to cost us money! Cost us prestige! Cost us trade!
Its a standard capitalist argument vs a socialist one.

Ditch the envy. So a couple of rich people get a pampered, slebby life. So what?


Wayne Rooney is currently throwing his toys out of his pampered pram. Does it bother me? Not in the slightest. And not just because its his pram and his toys and I didn't pay a penny for them.
But because him being rich and popular has no bearing on my own life. If he wasn't rich, wouldn't mean I would be.

If we dumped the Queen, that wouldn't mean I'd have a shot at being President. I wouldn't.

So as long as we all benefit, and can't do the same thing another way cheaper, what's the issue?

I have 4 words that would end any chance of the electorate voting in favour of a republic.

They are 'President Blair' and 'President Thatcher'. Plaster posters of the former across southern England, and pictures of the latter across Wales, Scotland and the north, and you would be able to could the pro-republic votes on one hand.

Thats count the votes on one hand!

Blair is hated by everyone, Thatcher only by unredeemed socialists. Also (which must count for a bit) Thatcher is dead, but Blair gives a semblance of being alive. President Blair? - a lizard with pretensions to power? We would be fools to allow it.

Moreover any head of state costs money, but as the American guy said our monarch and family have world brand recognition.

So the UK monarchy wins for both utilitarian and political reasons.

Now, I'm not an expert on the royals. But it seems to me those expenses would surely exist with a Head of State.

Of course they would, Bill. There was a strong case put by some people at my place that the royals fulfil a necessary function which helps the UK enormously.

Yes, people like having a Royal Family, it's an atavistic thing like looking up to David Beckham or Beyonce or whoever. And it helps with tourism a bit - altho' people come mainly to see the palaces and the soldiers and stuff, not a few old wrinklies.

And the cash cost to the taxpayer is not enormous, most people are happy to pay their 52p a year.

But you overlook the massive hidden cost of the monarchy - they are the poster children for Home-Owner-Ism.

They do not just get their 52p's, they "own" loads and loads of land (who gave it to them? Parliament in 1688 to keep them onside?) from which they collect that taxpayer subsidised rents.

Which is why we have massive taxes on earned income and huge subsidies to land owners.

assurance auto said...
This comment has been removed by a blog administrator.
10:52 am

cours informatique said...
This comment has been removed by a blog administrator.
10:57 am

creation site web said...
This comment has been removed by a blog administrator.
11:00 am

Agence communication said...
This comment has been removed by a blog administrator.
11:04 am