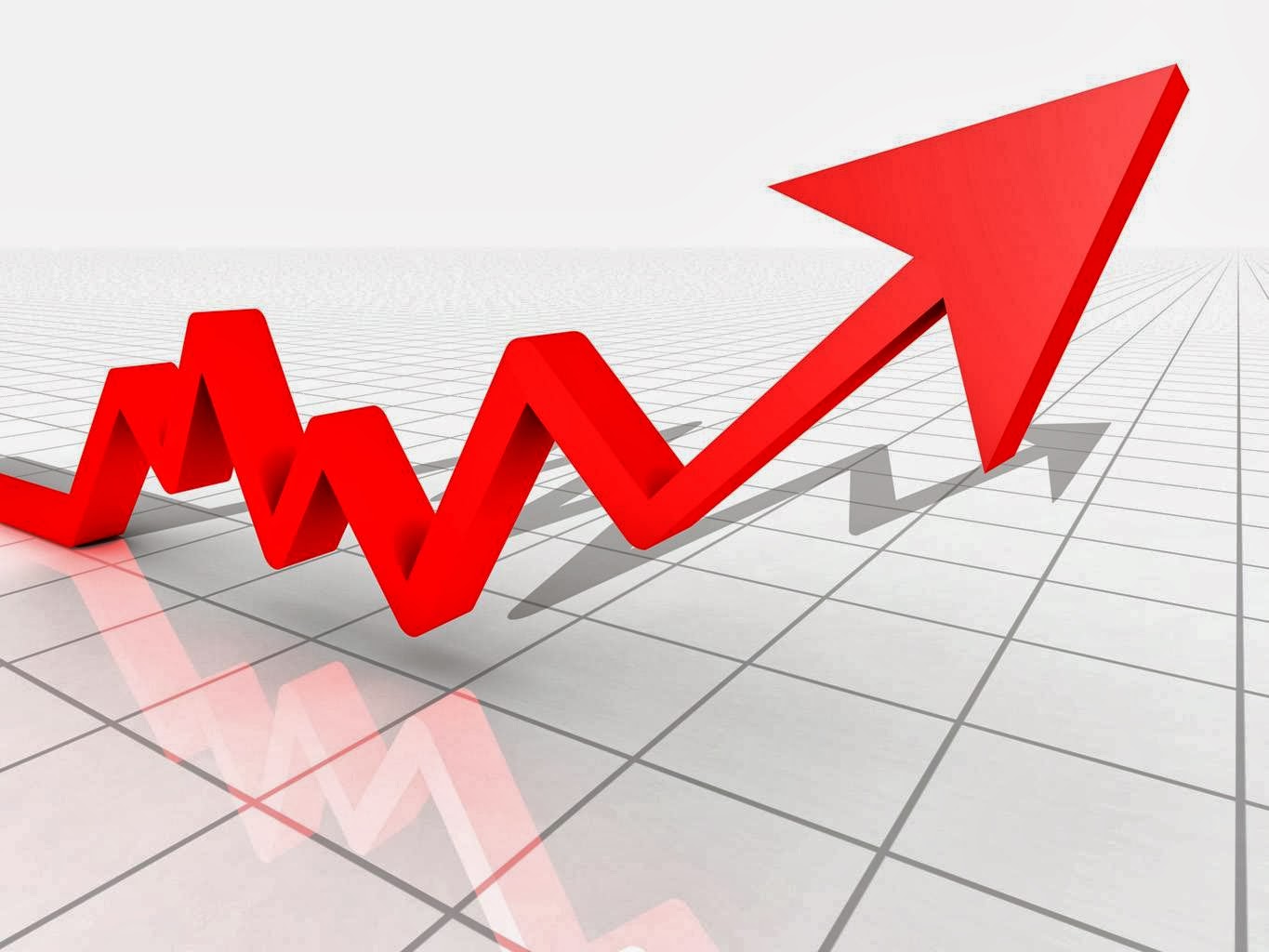 Real estate is clearly the topic du jour, if not du siècle, seeing as how the whole economy is endlessly to be pumped up like an old tyre with property inflation.

Now here's a thing, spotted by Timmy.  One of the new Nobel laureates, Robert Shiller, is an efficient markets theorist and Shiller, says our Tim,


"is certain that the housing crash was caused by not enough speculation, not too much. If there had been a futures market in housing, the ability to sell short, then the bubble would never have grown so big."

How so ?  Well, because derivatives would enable investors to go short, which is what is needed to correct a price ramp driven by long-only forces.  In the absence of a user-friendly derivatives contract, only heavy-duty professionals can conduct shorting operations, and even they may find it difficult to create the instrument they need synthetically or by proxy.  Some, we know, consider shorting as the work of the devil but they are wrong (see this exchange dating way back): the problems come when shorting is not available to all.  Markets need long/short symmetry to work efficiently.

In fact, lots of people could make use of a deep, tight-spread property derivatives market - and not just speculators (though they are ultra-important providers of liquidity):
There is in fact a UK property derivatives market but I've never heard of a retail punter using it for proper hedging or investment purposes (has anyone ?), suggesting that it's not sufficiently liquid.  Also, it doesn't yet offer the kind of instruments in (locational) basis I described above.

[History corner: just at the point it went bust, Enron was about to make a market in UK property indices, basis and all.  It was going to buy Canary Wharf as its anchor in the 'physical' market, as a prelude to offering paper.]


The beauty of property is that loads of people are willing  - only too willing - to take spec positions on both sides, which is what generates the liquidity and tight spreads needed by the hedgers.  Absence of such willingness is what did for the weather derivatives market, which has never really taken off as it was supposed to do.  The simple fact is, no serious punter really has a view on next summer's average temperatures.

So - good on Shiller, and roll on the liquid property-values market.  And let's subject future property price ramps to the full rigour of the short-sellers.

Since you've gone all wordy recently, here's a thing I learned last week.

In the 17th century, short selling was illegal in most of Europe.

Not what I thought it's derivation was at all...

caught short: yes, john - and in the wake of various bubbles of yesteryear (tulips, south sea etc) derivatives were illegal for a time, even in England

Just one little snag. People live in property so you have a lot of users who are not rational but do have votes. Therefore you will never get the kind of base market conditions needed for reality. Because what is reality will be determined by politicians with essentially short term fixations.

all punters know that politicians (in that case OPEC or Obama) can influence price in short-, even medium-term

but other times it's down to bad product design

history corner again: first attempt to get natural gas trading off the ground in USA fell flat on its face, because the contract settled at Katy Hub in Tx which turned out to be no use to the industry

but when it was re-jigged and settled at Henry Hub in La, it took off and never looked back

can't guarantee property would work, but I don't intuitively think your objection would be enough to kill it

I remember at some point during the boom that there was great difficulty attracting certain "talent" from London to Edinburgh because the London types were unwilling to gamble on the Edinburgh property market being as strong as the London one. I never really understood this because surely these talented individuals could have rented out their Surrey mansions or whatever and rented somewhere in Morningside for a quarter of the price. This comment may include exaggeration.

We also have a problem in the UK of labour market stickiness due to high home transaction costs, which some other European countries do not have because so many more people rent long term.

I like your idea. Didn't Broon try something similar with REITs? Do they still exist?

I think within the UK market we could have a much more sensible balance if we allowed more building (not necessarily on green land) in the SE and more regionalisation (not necessarily hyper-localism) of policy around the UK to encourage strong economic development in regions other than the SE. But if your scheme would aid that by freeing up capital then by all means let's add it to the mix!

Topic idea for you: why does Germany or indeed other countries not seem to suffer from the huge regional imbalances we do? Or do we just not see it?

Worth thinking about. But I'd have guessed other (big) countries do - Germany being a case in point, Bavaria is a very different place to Ossie-land ...

and Paris has a very different economy to the rest of France ...

which leaves Spain and Poland

whether they are as extreme as ours I don't know (but Italy must surely be so, perhaps HG will confirm)

PS, REITs still exist but I don't believe they are anything like as popular for the ordinary investor as their very long-established counterparts in the USA

I used to own a Mercedes but it was very expensive and its utility was vastly exceeded by its price - i.e. it cost me a lot of man hours to pay for it but actually it was very unreliable even though I only spent 1 hour per day in it. I now own a second-hand Japanese car which is extremely reliable. I consider it to be just as good as the Mercedes, but clearly it does not have the chachet of the star badge. So what?

The point is that with housing I have no choice. I cannot buy a 2nd hand house that is as cheap as it deserves to be because the shortage of housing relative to the demand keeps prices even of clapped out houses at an extraordinary high level. I really don't care if some people insist on buying houses with a certain "cachet". That is their business. I just don't want to have to work my ass off to buy a house, but I can't do it. There is no over-supply of standard family housing. Second hand houses are just as expensive as new houses despite the fact that the decay of the fabric of a brick-built building is going to reduce the value of the bricks and mortar to nothing.

Fact is the housing market is kept deliberately expensive to FORCE peoply like me to work my ass off. We are being forced to be wage-slaves by the establishment, who are scared what me might do if we reached middle-age with time on our hands and cash to spare.

"Fact is the housing market is kept deliberately expensive to FORCE peoply like me to work my ass off. We are being forced to be wage-slaves by the establishment, who are scared what me might do if we reached middle-age with time on our hands and cash to spare. "

Houses are about as expensive as they can get without a lot of people refusing to pay and finding an alternative (smaller house, move north).

If it wasnt houses it would be something else - something not easily opted out of or substsitutable, like food or gas or electricity.

It seems to be that there is some law of financial gravity that prevents all but a very few from 'escaping'.

Hey,the cost of housing,in the same way as the cost of any great or administration in a free market,is driven by supply and demand.At the point when demand builds and/or supply abatement's,costs go up.Without a common fiasco that may diminish the supply of housing,costs climb in light of the fact that demand trends outpace current supply trends.Pretty much as imperative is that the supply of housing is moderate to respond to increments in demand in light of the fact that it takes quite a while to assemble a house, and in exceedingly created territories there essentially isn't any more land to expand on.Thus,if there is a sudden or delayed increment in demand,costs are certain to climb.~Kristen Watkins.

Before this, I did not know the property market was such a complex issue to be discussed on. However, having read this article it really opened up my eyes about the matter and there are indeed many factors to be up for consideration even if you are just looking for a home for rent. I thought it was just an agreement and monthly payment and that is all. Nevertheless, there are many other aspects to the topic.

Subjective I feel. It just takes one lost vote of confidence to create a domino effect. WE should speculate to a certain extent but still diversify of course. Check with estate agents when you intend to buy a piece of property and ask for their opinion on how the property will stand in a few years' time.

For latest information you have to go to see world-wide-web and on world-wide-web I found this web site as a best website for hottest updates.
www.plasticmedicalparts.com |

I agree with you. This post is truly inspiring. I like your post and everything you share with us is current and very informative, I want to bookmark the page so I can return here from you that you have done a fantastic job.
http://www.freehomedeposit.com |

999 A necessary part of every female wardrobe are her shoes.
My Fitness Tree |