Question Time:" let him have it !" edition

The winner of the 2013 Question time Premier league was
Nick Drew -4
Well done Nick.
Note* BQ failed to win a match all season and so has been lined up to replace David Moyes at Manchester United.
Nick Drew - 4
CityUnslicker -2
Measured - 2


Timbo614 - 1
The new series of Question Time kicks off tonight. 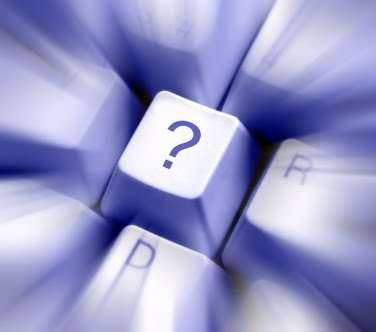 BQ thinks, in this difficult back from holiday match,

Dimbletie - Something yellow with pic of N-Dubz, Dappy on it.

Q2. Where are all the Romanians? Only 2 came on the bus on New Years day. So immigration isn't a problem?

Q3. Is the cost of gym membership the defining election issue?

Q4. The closure of 10 fire stations still leaves london as the most covered city in the World outside of New York. And New york has Skyscrapers. Is this really the greatest crsis to visit the city since the Luftwaffe?

Q5. Were the 'Benefits Street' people forced into drug taking, alcoholism,fraud and shoplifting by the bedroom tax?

For tonight's line up there should be a concessionary honour based point of watching the thing and 2 points if sober - crikey - this is masochism telly.

1) Should the police stop using stop and search when innocent people are merely moving a gun from one crack house to another?

2) Are the proposed welfare cuts a philosophical attack on the young / unemployed / single mother (delete as appropriate) for which the welfare state has an obligation to maintain.

3) Are the fears of immigration stats unfounded and don't we all benefit in ways that we simply can't measure (or reconcile!)

4) Is it right that the Environment Agency is cutting jobs when God is clearly angry with our heathen ways?

5) Is A&E in crisis - seem to think there was a PFI imbroglio about Lewisham hospital - hmm.

I'm definately not gonna watch it, I could down 2 bottles of cooking sherry and still wouldn't watch it. It's almost turned full circle in that I wish Shami was on - perhaps a trip to A&E for me beckons for my own little padded room.

Shami wasn't on at all last season.
She must have lost her seat Permanent on the QT Security council.
Used to be Toynbee,Chakribati, Hassan,Teather and Greer.

I think Farage has the Shami seat now!

the title defence starts here: and I reckon it's a big night for the boys in blue

(0) predominantly purple
(1) are juries the right way to conduct coroner's verdicts ?
(2) can da communidee ever trust Babylon again ?
(3) can any of us trust police crime figures ever again ? (I never did in the first place)
(4) those floods and freak winter weather in the USA - global warming or what ?
(5) is the 'recovery' a chimera ?

Good win for Nick. Well done champ.
Now let us take him down.

1. When the cops shot Robbin' the Hood, how can it have been lawful if he didn't have a gun and I've no interest in finding out the substance of the verdict but only want to tweet something inflammatory.

2. Global warming. Dave thinks The Day after Tomorrow is here. Is it time to massively increases taxes to stop climate change?

3.Immigration for UKIP. The Syrian question I think.

5. All the ticket offices to close. So? Only tourists use them anyway. Everyone has an oyster card.

1) The Romanian Rush, or not and should Victor be investigated and sent back home for his crimes?

2) Floods (a subject a little too close to home*) what's to be done? Cool the planet (excluding USA) or build dikes?

3) Hospital declares emergency in emergency rooms... What's to be done? More[immigrant :)] nurses? or get people back to their GPs?

4) Duggan and police "over reaction" is bound to come up. Why were those that were unruly not done for contempt of court? If the words they used had been said on Twitter they would surely be facing investigation, no?

5) Is sugar as dangerous as smoking? I would run with that. I smoke and drink, but I don't eat much sugar or carbohydrate or many processed ready meals - a balanced lifestyle :).


* We didn't get flooded a second time it was close but we escaped!

I am out of sorts tonight, BQ. For thirty years Oxford Admissions has blighted my life and I think what have I ever done to them except bend over backwards. Now I have two traffic violations incurred on my first visit to the city centre and a very intelligent daughter with 12 A*s at GCSE, a gold D of E and a super caring personality turned down by them. She is white, with parents who didn’t go to Oxford nor work in the field that she wants to study. She thought after the interviews she had got in.

1. Immigration. Spain is taking thirty (yes, 30) Syrian refugees. Is that too many? Lewisham is very black.

2. Duggan. Well, he threw the gun away so should they have shot him with theirs? Why not recruit more black officers.

3. No public sector pay rises round the corner and George proposing further benefit cuts. When will interest rates go up and real people afford to buy homes? These two factors being *exclusive*.

4. Can we pay for Mrs Mop’s flood defences?

5. Should they stop the French comedian pointing out you can’t tell jokes about the Jews since Jews always over react and given their history, they are entitled to.

1. Duggan is a certainty, but what angle? "How can an unarmed man be shot without the shooter being prosecuted for murder?" Probably a follow-up about loss of trust in the police.
2. Who should pay for flood defences: the government, housebuilders or rich insurance companies?
3. Will winter flu overwhelm the NHS?
4. Hasn't the east european invasion been a damp squib, and what does this mean for UKIP?

Only four tonight; Dimbleby may need a week or two to get back into his stride.

1. Are the police institutionally opposed to crime.

2. Is the cold weather in the United States and flooding in the United Kingdom final, definitive proof that taxes should be increased and energy deliberately made more expensive?

3. Are the political class within their rights to "elect a new people" given the apparent intransigence of the British public with respect to immigration? (Berthold Brecht reference... Just me then...)

4. Was Gove right to upset Baldrick by suggesting that the history of the First World War may be a wee bit more complicated than the Ben Elton scripts for Blackadder Goes Forth?

5. Will a sugar tax cut the deficit?

1. Should the young and poor pay to maintain the living standards of rich pensioners?
Nadine going wildly off message.Wants to have bigger tax rises and less austerity. Maybe she's looking for a seat with Miliband's mob?

Q2: When is it ever right to shoot someone who’s unarmed?

Q3. Now tidal wave of immigrants has failed to materialise, will racist rhetoric subside and we Romanians feel welcome?

Q4: Given overcrowding in A&E and maternity departments, how will the ongoing programme of closures help?

Dreary episode. And UKIP got no traction at all for the second time with a QT audience. Statistically at least 10% should have clapped him.
Anyway...

DTP - great 8. And wise not to watch. it was poor.Mild Mannered journalist IainDale tweeted 'worst episode ever'.

ND - 3 - only a little bit Policekillers.

Measured. Sounds bad. And I too have a traffic offence.its a bugger. keep trying. I'm trying to get mine into the good secondary school. The bad one is a dump.
- 3

no Dimbytie - Winner was a back in form DTP with 8

{And Shami was on newsnight. Her BBC fees are assured.}

Apols if this has been linked to before, but excellent Dimbleby send up by Harry Enfield on this QT sketch:
www.youtube.com/watch?v=p3tUqRBiMVo

Oh, i'm so glad that Shami keeps getting air time - I do worry that Liberty dressed up as total pascifism isn't getting the airing that's required from the total BBC schedule.

Just a thought - but due to the limited entries last night for the new season, i'd be more than happy to have it as a dry run and start the comp proper next week. I only guessed if QT was on at about 3pm yesterday.

should have guessed: Beeb doesn't want to be seen stirring the embers prior to a sensitive weekend

(BTW, as a Croydon man I get the reference in the post title!)

DTP: We do usually dry run the first one as its a hard to guess. But this one was easier with the Duggan shooting verdict, so we'll let the scores stand.