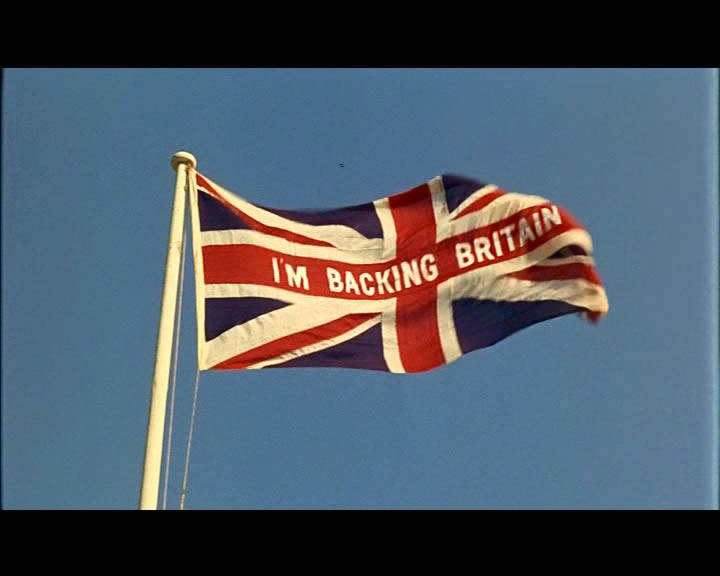 Its not another C@W parody.
BBC QT really is coming from an airport with  Piers Morgan and Joey Barton on the panel. What are they on?

1. In light of his most recent disloyalty should 'i've never heard of lord Oakshott' Cable be sacked?
Bumbles into a question on Clegg being removed.
2. UKIP victory. Why do so many people associate freely with bigots, fruitcakes and loons?
3. We are all racists. Or at least we are all as racist as we have ever been. Waaassccciiisttt!
4. Has to be a runway question - otherwise why are they here? Third runway protests
5. Hmm - World cup I suppose. Will England get out of the group?

1. Is most of Europe now being run by swivel eyed loons?

2. Clegg and the Limp collapse. Should Clegg resign for the good of the party?

3. Some sort of air travel question

4. Deportation of illegal Nigerian woman that looks perfectly reasonable but 100,000 uninformed twitterati object too.
Should we [pay any attention to social media?

5. Chilcot - will this ever be released.


Is that the flag from the film 'Carry On... Up the Khyber' - where Peter Butterworth says "Of course, they're all raving mad, you know!" I assume that explains the line-up tonight.

Piers Morgan, persona non grata in the US as well as Fleet Street. Joey Barton, he of the violent assault both physically and on the French language. Margaret Curran who suggests that voting No in the upcoming referendum will lead to higher wages and more childcare - but declines to say how it will be financed.

And then there is Louise who was a hit last time on QT but famously said "It is my belief that your ‘human rights’ are left behind on the pavement, the moment you enter another persons home". I wont be visiting her then.

So against an an assortment of liars, thugs, financially inept and soft-cuddly UKIP, the Libs couldn't make the cut! Such is their descent into oblivion.

Will either be a classic or descend to a farce ('Carry On... Up the Khyber II')

1. Should Scotland be sent the same way as the EU - think of all the cost savings?

2. Should women be paid a living wage to look after the children in the home - think of all the children?

4. When Chilcott is published in 10 years time, will anyone care?

5. Failure to provide leadership. Failure to uphold standards. Losing at every turn - at what point should someone admit to be incompetent and resign their editorship.

1 Does the absence of a Lib Dem on the panel mark their exit from British politics?
2 Santa Barbara shootings: due to gun mania or misogyny? (they've got to have some reason for bringing on Piers, I find it hard to believe it's because of his sparkling personality)
3 Can 20+ UKIP MEPs actually change anything in Europe?
4 Should HM Treasury be neutral in the Scottish independence debate?
5 Time for self-driving cars?

It is indeed that flag, Taff.
One point for the flag and one for getting that obscure "all raving mad you know" reference.
Up the Khyber is the only carry on film to make an official top 100 British film list. I'd have Cleo over Khyber. Much the better movie. And filmed on the multi multi million pound Anthony and Cleopatra set it looks terrific.

1. What message were European voters trying to send?
2. Does UKIP inflame or diffuse the rise in racism?
3. Who to believe in UK treasury vs Yes/SNP costings row.
4. Will Chilcott give us the truth?
5. Would you ride in a self-driving car?

Roy Castle in Khyber: have you ever seen such wooden acting?

1) Will the Kippers go up in smoke when the general election comes around?

2) Have the Libdemers (and their leader) already gone up in smoke?

3) Should the police stop turning a blind eye to small transgression of our laws based on "cultural difference", before they escalate in to stoning pregnant women to death?

4) Who will be responsible when a Google bubble car has an accident and who is going to insure them & who pays etc? Ironic it has the number plate "SNP" :)

1) Can the politicians contrive a way to justify that a UKIP election win was an affirmation of the government's EU integration and mass immigration policies?

2) That stupid poll. Are we all racists now? Is this UKIP's fault?

3) Will UKIP be responsible for Scotland leaving the Union?

4) Would a bungling old fogy like Vince Cable really be better than an immature incompetent like Nick Clegg? Does anybody care who leads the Liberal Democrats?

1. Does the panel realise that their own corruption and the financial repression they have imposed on the young will be the death of democracy?

2. Have the establishment parties realised that banks dont vote?

3. Do the panel realise that _they_ are now the minority/extreme voice in Europe and not the electorate?

4. If there are more Labour party members in Hamstead than in Harrogate can the Labour party really claim to represent the working classes?

5. With the use of AA weapons by 'rebels' in Ukraine how long before this is declared an international war?

(o) a pattern that looks as if there are eyes in it
(1) can UKIP repeat it in 2015?
(2) never mind *gist* - should Chilcot spill the lot?
(3) can humans be trusted to drive cars?
(4) should the trunover of the oldest profession (etc) count towards GDP? (a capitalist writes ...)
(5) some fatuous sports stuff

6. After the recent BBC drama based around the Manchester bomb does the panel think the Manchester Bomb was the most successful joint IRA/SAS operation of the troubles?

And does it concur with the Irish medias characterisation of the event as "The loudest 'Thank You' in history"; A new city centre for all the support the Provos received from the people of Manchester.

Or do the panel think their might be some arrests soon. Near Hereford, perhaps?

1) How can Clegg maintain leadership?

2) Why are European politicians so deaf to voters local concerns?

4) Racism and stuff. I used to do analysis for a living and the improved confidence of reporting never the fuck got mentioned - twats!

I worked for a company that had a shop in Manchester. It was on a very high rent in that new zone with all the trendy shops, fitted out at great expense and to the latest specs with all the A grade stock.
And it was a dead loss.

We were very pleased to be shot of it. So pleased that I told the tale that the directors actually put their fingers in their ears several seconds before the bomb went off.

1. Chilcot - could Blair possibly be almost as evil as Thatcher? Will Blair get out of the am-Bush?

2. Is he in-Vince-ible? Or will Cable see the downfall of young Nick Clegg? (I am sure there is a film there somewhere - perhaps it could be called "Hearts of Oakshott" or even "Downfall").

5. What a wonderful man Ed Milliband is, nothing like those loony fruitcake xenophobe UKIPpers. And can't he show us how to eat a bacon butty. Dribble.

A point for turning up? I must be the LibDem candidate.

I'll refrain from cheating on the tie.

1. Whatever it originally was it became, YET AGAIN! Are UKIP racists. 3rd week in a row. Getting very tiresome.

Q2 Should the discussion between @tonyblairoffice and @GeorgeHWBush about Iraq War be made public?

Q3: Should @HeathrowAirport have a third runway? Had to be really.

Q4 something about fat kids and NHS slimming

Was a very poor episode.

NO CLEGG / CABLE question - what a stitch up!
No tie winner

Nick Drew - Actually you are in the Far East right now.. Are you bribing the BBc producerto fix the show and win big ? - 4
{Cleo would be on my desert Island DVDs. It does make me laugh - Sid James - Hail! Hail , rain, snow sleet, fog..the weather in this place is shocking..This country is a dead loss"

DTP - 4 and no bitch fight either. It was only slightly more exciting than waiting at an actual baggage reclaim.

Measured -0 you should enter - honour system amongst gentlemen {and ladies too of course.} - 1

Winner was Malcolm Tucker with an impressive 7

trouble is, I am told I will need to outbid the Labour Party, who have realised this is the most important single thing happening in 2014 (pace, Salmond) and are emptying the piggy-bank to ensure they get a result

typically, the Tories will probably play this one with a straight bat

Yes BQ; another 30 minutes of open season on the Ukipper thay haven't learned have they.

Best moment was "It's like a choice between 4 ugly girls" :)

Timbo - With a full football team (plus reserves) they wouldn't be 'choosing' of the 4 ugly girls but fighting over them.

That's fewer than one ugly girl a pair - the usual combination.

I am gonna bookmark this page, thanks for info. I actually appreciate your own position and I will be sure to come back here.
mousemyhouse |

A very good and informative article indeed . It helps me a lot to enhance my knowledge, I really like the way the writer presented his views. I hope to see more informative and useful articles in future.
http://www.adamsbusinessconsulting.com |

Took me time to read all the comments, but I really enjoyed the article. It proved to be Very helpful to me and I am sure to all the commenters here! It's always nice when you can not only be informed, but also entertained!
www.blogiceland.co.uk |