Bank of England to not really restrict mortgage lending 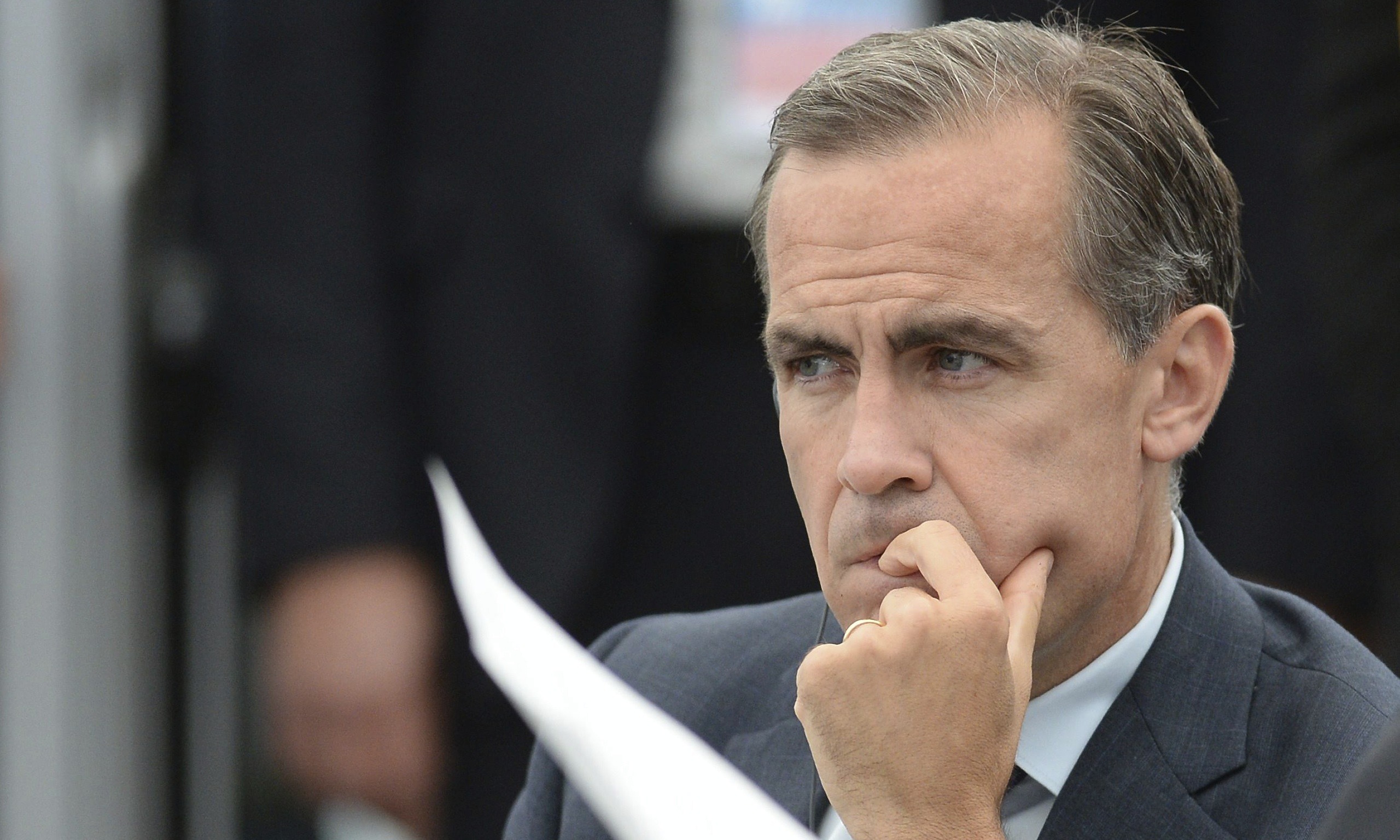 This Mark Carney character is not having a good time of it. Firstly his attempts at 'guidance' show that he knows no more on the future of the UK economy than the rest of us. Now today the Bank has released guidelines limiting mortgage lending.

The key measures is to restrict Banks lending to 15% of book for loans at more than 4.5x income. Big deal, Lloyds and RBS - nearly 50% of market of lenders- have already reduced their criteria to 4x.

So the Bank, instead of leading the way, is playing catch-up. Plus there is no way nationally of preventing a London bubble.

The way to stop a London bubble would be through local taxes on occupation to stop foreign money pouring in, or tax breaks for new building and a relaxation of planning laws. None of these are the remit of the Bank of England.

Also in the real world in London, restricting access to mortgages of the UK populace potentially gives even more of an advantage to those in say China who are either cash buyers or are armed with loans from foreign countries, not under the FCA auspices. People like, er, the Canadian house hunter Mark Carney.
Posted by CityUnslicker

Carney's sliding towards ridicule. First the guidance that gets abandoned, then rates going up but just not yet, now the action that doesn't do very much.

King Canute was trying to make the point he could not control the tide. Carney pretends to master the financial waters but his feet are getting rather wet.

Mortgage caps might give advantage to Chinese cash buyers - but are UK borrowers with unhealthy multiples a good thing ?

Peston et al. are saying this will have no effect. I disagree. The other day I was given a decision in principle by HSBC of 4.75x. My guess is that this is fairly standard - my finances are not special. Carney is screwing my chances of ever moving from my first home.

I could easily afford the repayments on a 5-year fix to about 5x my salary.

Maybe this is a clever ploy to get anyone below £100k a year to fuck off out of London.

My neighbour here in nowheresville South West Uk, sold their 2nd home for some £40,000 under value in a pretty stagnant market.

But they reckoned that they would have lost more {relatively} by hanging on for a higher price in 6 months time, by which time the London property that wanted to buy might have risen by £40,000.

- And BE - All is not lost. When you, as almost everyone does eventually, move from the smoke to the suburbs, or further, you'll find your London flat will by you a pretty decent 3+ bedroom /garden/parking home with the same mortgage, or less you have now.

Out here in the SW, and the other regions, the prices rise, usually fueled by that London, south-east, refugees cashing in.

I know a surgeon, works in centre of London, moved out to just outside Hastings and commutes in.

Sold their lovely, if compact,3+.5 bed AliPalais home and bought a 6 bed, 3 acre, indoor swimming pool, stables, direct access to the beach house.
With just the cash from the sale, existing mortgage and some shares cashed in.

Go on rightmove and see what you're missing!

I can see what I am missing. I can move outside the M25 and spend almost as much on train fares as mortgage interest. I would have to actually move my job out of London to be better off. Not easy in my industry.

Oh well, yet again my generation gets a big fuck you from the previous one.

That's why most wait until you find a partner, BE. That 2nd income makes you laugh at the feebleness of government taxation. You are RICH! RICH! 5 foreign holidays a year and buy anything you fancy online without even a thought.

its a great idea. AND one of you has probably sold their existing property..double bubble!

That superwealth that you haven't experienced since living at home lasts about a year. Then the Hello! style wedding, super exotic honeymoon, new kitchen, bathroom, cars, and children that require a bigger house/garden/ better catchment sends you back to being a lowly wage slave no matter how much you earn.

BE - Quite, the banks shold be able to lend what they like and if they screw it up and go bust - bad luck on their shareholders.

If only we had a capitalist system we would need less regulation.

Mrs T must be spinning in her grave. A Tory chancellor reintroducing the corset for goodness' sake!

The population of London is growing at 100,000 a year, and George wants to restrict home-ownership to the already wealthy. Buy to let investors must be rubbing their hands with glee.

During Mrs T's reign mortgages were limited to 3x plus 1.

Stay put, Blue. Get onto buy to let and become a shark yourself.

PS. You're right not to fall for the commuter trap - or to own a new car. Better to put the cash into your portfolio.

PPS Our broker found us lenders who would give us 6x our combined earnings, 18 months back. Madness.

Also BQ is right. I had more freedom and personal cash when I was sixteen than I do now - stay child free if you like your money.

Running a small diesel company car for a 19,000 mile a year commute into Aberdeen costs me £450 a month in cash and £80 a month less in my pension.

There's a good argument for people in places like London who don't need to run cars for work being allowed to borrow more than folk in Aberdeenshire. My gf owes 1x our joint salary on her house.

The funny thing is, about the only jobs you must have a car for in London and the SE appear to be local government ones.

I did the maths on what Surrey pay for a trading standards officer once. After paying rent on a 1 bed flat, bills and running a cheap old banger you'd be left with about a tenner a day for food and clothes (and beer and fags).

As soon as you take the requirement to own a car out of the person spec that tenner becomes a score. Not having a car was the only reason I could afford to work in Brighton for two years.

But needs must and some Scottish LA's pay through the nose (and still can't recruit anyone).

Why does it have to be prescribed? A mortgage is a contract between a borrower and a lender. What business is it of the state?

Scrap the retail deposit guarantee too?

If peer to peer grows enough in the next 20 years it might become irrelevant anyway.

Is there a more pointed and discriminatory policy in UK political history?
The London civil servant classes have lost the run of themselves.

"Why does it have to be prescribed? A mortgage is a contract between a borrower and a lender. What business is it of the state? "

Because the state has already screwed any idea of a free market by deciding (rightly or wrongly) to protect a greenbelt.

So the government then has to do other things to correct the side effects of what it is already doing.

Blue - The state has to bail out the banks when they go belly up. That's what it has to do with government.

PS "Yet again the previous generation stuffs the latest one."

Well some of the previous generation. That part which believes in uncontrolled immigration and those that say anything BUT 5 million new people (most in the SE) is the cause of rampant house inflation.

In fact the previous generation (most) have no interest in rising house prices if their kids have to stay at home into their 40s.

It is we who tried to warn of this but were called all sorts of names - especially 'racist'.

The post is written in very a good manner and it entails much useful information for me. I am happy to find your distinguished way of writing the post.
birdwatchinghouse.com |

Thank you so much! Really rich content and very useful information. I found my problem’s solution starting over here.
www.bearcrawlingnation.com |

The same situation can be seen in other countries as well and not just in London. When the economy bursts, the mortgage bubble grows and vice versa. It is a really tough situation for our laymen’s understanding so what I do is to hire the credible services of an estate agent should I ever require to do any housing-related transactions. They are always in the know about the housing market and they will help to work things out according to our means.

Most of the time I don’t make comments on websites, but I'd like to say that this article really forced me to do so. Really nice post!
http://www.walpolefoodcoop.org |

Whether you're buying your Best Wisconsin Mortgage Broker first home or moving up to a bigger one, the basic steps in the purchase process are the same.Home Loan Grants Our Purchase Service guides you throughWisconsin Best Mortgage this process, ensuring that you are Ill-prepared andHome Loan Grants receiving great advice every step of the way.

I think it is a good thinking that Bank of England to not really restrict mortgage lending. The Banks should provide money in the mortgage service for better providing.

Daniel Badu was also convicted of wire fraud affecting a financial institution and is scheduled to be sentenced on November 15, 2016 at 10:00 am before Judge Vilardo.loan yantra